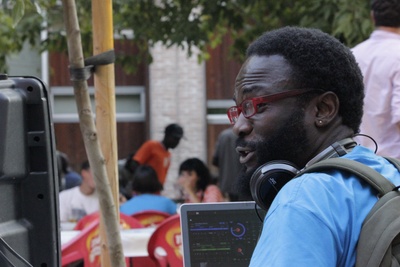 GREETINGS I  AM ALBME DA MYSTIKAH
From Western part of Africa, Nigeria, Cross River State- Ugep, but grow up in the hustling city of Lagos. Now living in Spain-Madrid. As an Afro world rap music artist I have combined acting with music. I had recorded lot of songs that never got release until 2014 when i release an album digitally "Dairy of a MadMan" and it encourages me to release 2016 "Now or Never" so now am working on a new project. AND ON THIS ONE I BELIEF YOU CAN SUPPORT/HELP me on this journey. How? By becoming a patron.


WHAT DO YOU GET AS PATREON?
• Exclusive content like songs, skits and videos before they're publicly released.

0 of 500 patrons
My first goal is to travel to Germany and record my next musical project and with at least two video clips.
1 of 1