is creating Lines of Power: a hopepunk novel series 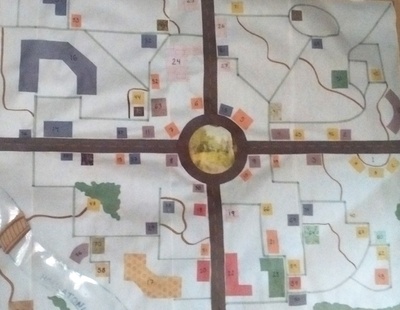 The most accessible of my patron tiers, this allows you access to my patron-only updates with exclusive content, such as sneak previews of cover art, draft excerpts, and polls. 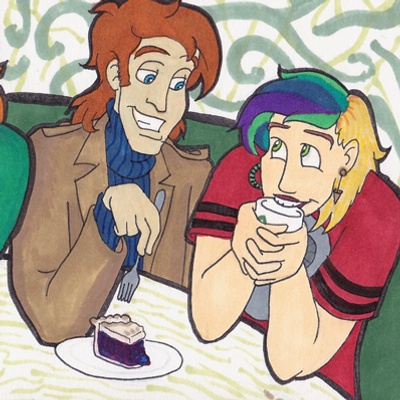 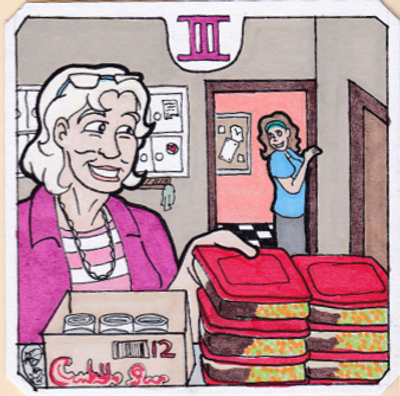 Welcome to the Organization - my high tier of patrons! Informers will receive a one-time commission of a custom tarot card - I'll contact you directly to discuss which card suits you best and arrange delivery.   (You also receive access to previous tiers.)

What are the Lines of Power?
A series set in an alternate modern Earth where an Organization holds the balance of the world in its hands, along with the help of animalistic spirits ... but that's all behind the curtain.  There are also introverted accountants with bombastic friends, a love triangle worthy of a John Hughes movie, lavish settings that feel like home, ancient curses, and family drama ...  and most of it takes place in a town where everyone knows everyone.

The town of Aviario, Connecticut is fictional, but it is rooted in the places I remember fondly from my youth. It mingles the magic and intrigue of urban fantasy favorites such as Buffy the Vampire Slayer, Supernatural, and American Gods with the small-town heart and emotional depth of writers such as Alice Hoffman and Richard Russo.

What is Hopepunk?
It encompasses just about every walk of life, and they are all tied together with a silver thread of thought, a belief, a way of looking at the world. It is a way of thinking that I have personally ascribed to for most of my life, one which I refer to as "pessimisic optimism": the thought that yes, things can be pretty awful, but that will never mean they can't be improved.  For more about hopepunk, including its origins, and why I've chosen it as my genre for Lines of Power, you can read this post on my blog - don't worry, it will open in a new browser tab.

Why I Write, & How You Can Help:
Stories are the lifeblood of cultures: they carry our values, our hopes, our dreams, our fears, and our spirit from generation to generation.  I have been a voracious reader ever since kindergarten, and as soon as I was able, I began crafting stories of my own. Once I started, I couldn't stop.  When I entered college in 2000, I began the project which would become my greatest joy, and a long road of self-teaching, study, and hard work has gotten me this far ... but I can't do it alone.

I want my readers to enjoy my books as much as I enjoy creating them, and by being a Patron, you will be able to have a direct connection with me as the series grows.  I'll reach out on my Patrons-only feed for your opinions: which characters do you want to see more?  Which concepts and plots have really hooked you?   Together, we can help build a world worth disappearing into for hours at a time: me, in creation, and you in blissful inhabitance.

$27 of $100 per month
I'll be able to have a constant supply of my books on hand for signings and library donations!!  (SO exciting.)

If I reach this goal, I'll add swag to my patron bonuses... in particular, a beautiful green ombre logo keychain which I've commissioned from fellow independent creator Badge Bonny Enterprises ... and ALL patrons who helped me participate to reach this goal will get one!  Future ideas for swag include bookmarks and vinyl stickers ... I'll have a poll once I reach Goal #1 to determine what we go for next!