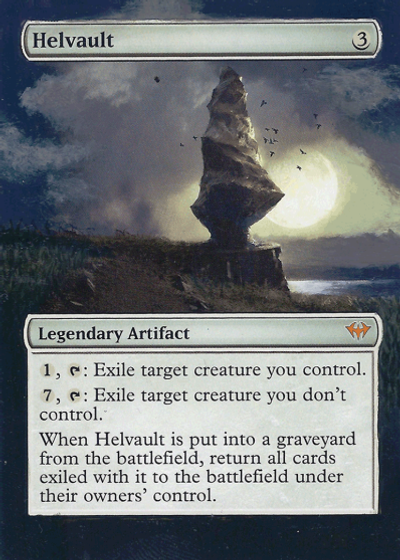 Ever wondered about some of the weirder, more convoluted Brew Spy decks that never see the light?

Well, now you can watch me play them!

Deck Tech - brief explanation of the deck, how it should work, etc.

In addition to the videos, there is now a Patreon-only discord channel (located in the BrewSpytheMagicGuy discord) so that we have a place to talk about these secret decks, in secret.

First off, I'd like to thank all of you who have supported my content thus far. Its been a fun ~5 years and I'm hoping for many more continued fun times with you all!

Let's get right to it. I've had the desire to put in time working on decks (and I have some builds stowed away for such an occasion) but with my new job, its hard to justify one much less three weekly streams at peak viewership time.

So, to combat my new schedule, I've decided to return to Patreon in the form of recorded videos!

I do not want to over promise (should the Patreon grow, I'll add more Tiers) so let's keep it simple at first. Want to see a new brew from me on a regular basis? Consider signing up for the Patreon! I'll price it so its the same as a twitch sub (and we will continue to have Twitch subs be for speed brewing, I really have enjoyed doing that format with you guys) and I may branch into other stuff as per usual. I have enjoyed showing you guys other TCG's out there that I enjoy, so I want to continue to let the streaming have less structure.

To ensure that my new Patreon page never goes "delinquent" or Patrons feel overcharged, I've switched over to the "Pay Per Creation" mode that Patreon offers. This mean exactly like it sounds, when a video comes out, only then any payment happens. Video first! Payment second :) That is not how I set up the previous version of the page, but I feel strongly that moving forward (at least at first) this is for the best! And the videos may always stay per creation, just because I may have a week where I don't have time to record or perhaps I don't have an idea for a deck. So this removes some of the pressure and worry with not being timely with my releases, the release itself will determine whether or not there's any transactions.

One of the biggest benefits of doing recorded videos versus live videos is that I get to be more competitive with these brews. What I mean by this is that streaming can be difficult! There are lots of distractions fighting for my attention, from chat to alerts, the fact that I need to be entertaining in my commentary and crack some jokes, the intent of these vidoes in how they are different is that I get to FOCUS! And not needing to worry about mentioning follows, someone's comment in the chat (don't get me wrong, I really enjoy that!) but that detracts from me honing in on the game itself, and that I know does affect my play.

So, these videos will be broken into:

- How can we know if the brew is "good" or not if we don't test it? BrewSpy-style, a full set of 5 games (so no incomplete leagues) in league format (casual/competitive depending on my perception of its strength, ability to perform in a current metagame).

My thoughts after playing:

- A nice clean wrap-up of my overall thoughts, ideas for maybe where the deck could go in the future, and a quick bit of appreciation for you who are supporting my video content!


Don't get me wrong, I enjoy twitch.tv and plan to continue streaming on there. However, I also did not see much success through YouTubing (and quite frankly need to hire an editor to go back through all of our logged material to update it and make it more YouTube friendly).

For the sake of my limited time (and sanity) I plan to focus my Magic efforts on pulling off ~1 weekly stream and 1 new brew video on here a week. I believe those are standards I can abide by, and should I find time for more than that, I will let you know!

I'm excited to see where we can take this, and I hope you enjoy the secret brews!

Once we get the Patreon back up and running, this first milestone of 50 Patrons will enable me to add more time weekly (other than one weekly video) to devote to the Patreon content on here.

It will look like one more Tier (I have no plans to go higher than 2 Tiers at the moment, but we will see). I would very much be thankful for any feedback you guys have about current rewards or ideas for future ones! 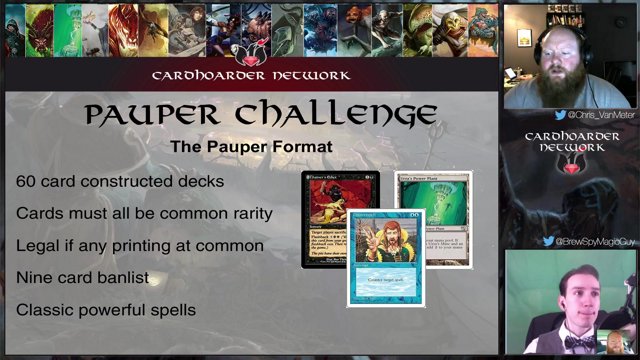