is creating Vocaloid Music And Soundtracks
Select a membership level 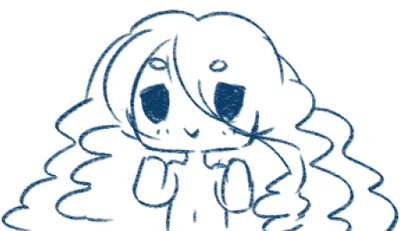 Venn is friend in Norwegian! You have my gratitude as well as access to the patreon feed, livestreams and other things I do.

Yep, you guessed it, that's best friend in Norwegian!

My language is hitting its limits...

(That's Norwegian for hello! So inventive, I know)

I'm Brood, a producer and composer from Norway! I've been making music all my life, and it's the sole thing that drives me. I spend most of my time either producing original songs or composing soundtracks, and I make arranges and remixes of songs I like quite often. I'm making Patreon as a way to more directly connect with my fans and create the type of content they'd be willing to directly support me for.

Here I will post previews, behind the scenes and other things regarding my own music, as well as create arranges of soundtracks my patrons would like to hear. I'll be holding music livestreams as well once I have the equipment I need!

I'll be starting out small as my audience isn't very big to begin with, but that also means I'll have a much closer connection with my first patrons!
If you're a fan of mine and have found this page, this is not a request; you don't have to donate to my patreon. Just knowing that you like my content is good enough, and if you've bought my music before and feel like that's costly enough, then don't worry, I'm already plenty grateful!
This will start out as more of a donation box with some extra interactions with me in the form of livestreams as such, but if it grows I'll be able to dedicate more of my time to you guys!

My music can be found at:
My Youtube
My Soundcloud
My Second, Less serious soundcloud

$2 of $100 per month
I'll no longer live off of frozen pizza and ramen. I'll also be able to prioritize making content for and with you guys!
1 of 1