We also own and operate Discordia Merchandising. And are the Founders of Underground Blend the Designer Culture Blog & Sticker pack series. 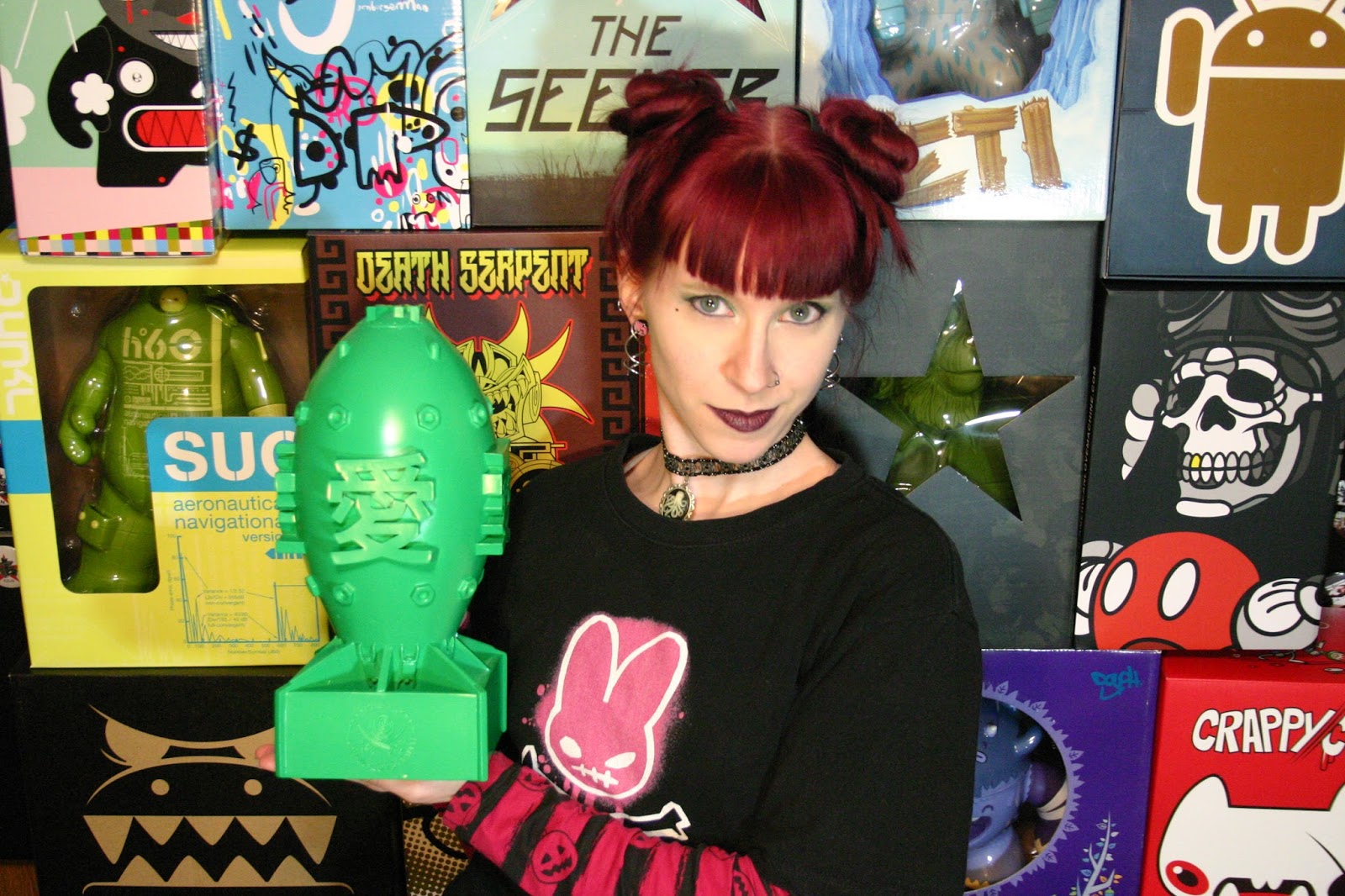 Why this Patreon exists?

To help us strengthen our enterprise and bring Designer Toys, and more, to the public at large, and to enable and support the Designer Toy Community in every way possible. Your Monthly Subscriptions and Scene Builder donations to our Patreon will go to assisting dozens of artists from around the globe in achieving their independent livelihoods.

You will notice this Patreon is very different.

With Rewards including Monthly Subscription packages of random goods at various tiers. And, Scene Builder tiers, for those of you who wish to simply donate to the cause. Check out the options available to become a patron of this amazing Independent Art Scene.

Our ultimate goal to build a small empire of Designer Toy and related Productions. Reach more and larger national Conventions. And an eventual network of Retail store locations in the U.S., all to further support the Artist Community behind the Designer Toy Scene to the best of our abilities.

We firmly believe that Independent Artists and other Creatives are developing the DIY economy of the future. Many Artists in the Designer Toy Scene have acquired the means of self-production and this is the means by which manufacturing will return to the Untied States. Not via major corporations or institutions. The Designer Toy Scene however needs a competent network of distribution and retail outlets to thrive and flourish.

We at Discordia Culture Shop want to build that network.

Please consider assisting us in our ongoing development as a major national retailer, get cool stuff every month, and/or have a major impact on the Designer Toy World with the Scene Builder options. Choose your level of involvement.

And thank you for Supporting Independent Art and Culture.

Started in 2007 in Lafayette LA. Discordia Culture Shop began as a small brick and mortar shop which moved online in 2012 and onto Convention Floors in 2014. With over 30 conventions vended all across the eastern United States. And our own event series Designer Toy Summit, was the first designer toy specific event outside of California and New York.

Discordia Merchandising is our in-house production company. We have manufactured custom goods for various clients including Clutter, Sticker Kitty, Cracked Apparel, Ban Comic Sans, DeadClothingUSA, and even the indie bands One-Eyed Doll and GIVERS. And we develop limited edition items with Artists such as COLUS, Monster Little, MiznaWada, Suckadelic, & EyeFormation.

And in mid 2017 we embarked upon a new venture launching our own line of DIY Vinyl Art Toys. We bankrolled the DIY Spray Can and pre-sold them through Kickstarter. And followed that up by November 2017 with DIY BOXCAT by Rato Kim, in 4 colorways White, Black, Glow in the Dark and Prototype Blue. Many More to Follow!

0% complete
To produce more Enamel Pins and DIY Toys with Artists through 2020. To further develop our Scene Building program and reach the public at large about Designer Toys, through Conventions.
1 of 5