is creating a comic book series 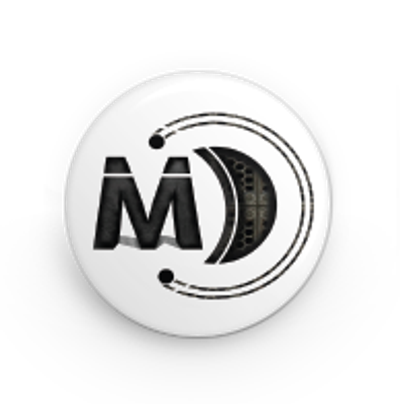 $7
per creation
Join
A one-time payment of $7 (£5) will bring you a signed hard copy of Issue One, our deepest thanks, a Minding Mama button badge designed by Amanda Fullwood, and an acknowledgment on our website if you're OK with that!
Sponsor a Panel!
Limited (100 of 100 remaining)

$10
per creation
Join
A payment of $10 (£7.83 ) makes you a Panel Sponsor - and you'll receive a digital copy of 'your' panel in advance of publication - all we'll need is your email address! Your name will also go on our list of sponsors in the finished edition and on our website (unless you prefer anonymity of course).  You'll also receive a signed copy of Issue 1 when it is published.
Pre-Order Issue One! 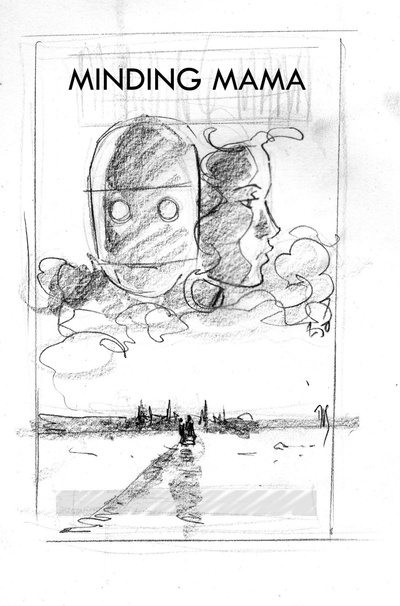 $14
per creation
Join
$14 (£10.80) will bring you a signed copy of Minding Mama' issue one when it is published (postage will be additional) - we'll also thank you on our website if you're OK with that!  We'll also throw in a button badge and a bookmark.

When will Issue One be published?   Well, we're aiming for Summer 2019.... Obviously it will depend to a certain extent on how quickly pledges come in, but we'll keep you appraised of progress along the way and you'll recieve 'sneak peeks' as the pages are created.

Author Website
About me:
Hello! I'm Elaine Jackson - I live in the UK and I've loved science fiction for as long as I can remember. In 2013 I realised a life-long dream to publish my stories via my own imprint, Neon Sky Books, and released an anthology of short stories;  'The Journey & Other Short Stories'. It was followed in 2016 by a full-length  novel, 'The Methuselah Paradox', which I began writing in 2011 and completed with the help of Faber Academy and The Writer's Workshop.  In early 2015 I assembled a cast of actors/voice artists, commissioned music from talented young composer Matthew Thomason, and brought illustrator Catherine Archer-Wills on board to help me create a live action book trailer for The Methuselah Paradox, which was successfully crowdfunded here on Patreon and recorded in March 2016.  You can see photographs from the day here. The trailer was filmed and edited by Sue Turner of www.elephantinscarlet.co.uk with music by Matthew Thomason.

My Latest Project - 'Minding Mama', a science-fiction comic book series
'Minding Mama' was originally intended to be a competition entry - but it didn't quite meet the required word-count, so I put it away for a while. When I came back to it, I saw a way to extend the story into an ongoing series, and thought it would make a great animated feature.

So In March 2016, I hired concept artist Amanda Fullwood to help me develop an animated short. The plan was to crowdfund a trailer for our main campaign, which would fund production of the feature itself.

In September 2016, Dan Schaefer joined the 'Minding Mama' team as illustrator/storyboard artist. Dan has contributed his skills as a concept/storyboard artist to film and television productions for more than 29 years. His list of projects varies from animation (Teen-Age Mutant Turtles animated TV series), advertising campaigns (NBA, Microsoft, BMW, Adidas, Nike, Intel, HP, Clorox, Airwick, Cadillac) and feature films/television (BBC, NBC/Universal, MGM, Lions Gate, Paramount, TNT, HBO, Netflix). He has worked as a pre-visualization artist with Gus Van Sant (Paranoid Park, To Each His Own Cinema, Milk), Guillermo Arriga (The Burning Plain) Ellory Elkayam (Without a Paddle 2), Jonathan Frakes and Frank Oz (Leverage) and Rob Bowman(Staties). His diverse skill set has led him into art direction (Valley of Light for Hallmark), producing (associate producer on the film Deep Winter starring Kellan Lutz) and directing a series of documentaries(Mania, Kings of the Road, Figaro, and House By the Side of the Road). Works include concept/storyboard/prop artist on Grimm(NBC), TNT's Leverage/Librarians, The Break(BBC), Here and Now(HBO), and American Vandal(Netflix). Dan's is uniquely placed to bring our story to life.

With Dan on board as storyboard artist, we soon realised that crowdfunding an animated feature was likely to prove very costly and take a long time; after much discussion we decided to produce a comic book series instead, with perhaps an animated short to follow if the series proves popular.

Grant Kempster is our colorist - Grant was editor of the UK's longest running film magazine Film Review. Since leaving journalism, he has worked with several writers and production companies on feature scripts including romantic comedy 'Socialite' for Gateway Films, horror 'Noman' with 'Hellboy' co-writer Peter Briggs and the anti-hero genre feature 'Pugilist'.
Grant has also worked extensively as a Creative including graphic design, illustration, poster and media design. He has collaborated graphically on big Sci-f brands such as 'Doctor Who', 'Stargate', 'Blake's 7' and 'Highlander'.

About Minding Mama - the story

A few hundred years in Earth's future, humanity is on the brink of extinction. An event the remnants of humanity know as 'the burn off' has all but destroyed the ozone layer - leaving Earth's surface little more than a dust bowl. Humans live underground, struggling to eke out an existence using hydroponic farms to create food. Only Farmbots Cyril and Celia venture above ground. Their purpose - to breed UV-resistant plants capable of surviving on the inhospitable surface. But Cyril and Celia are old, and beginning to malfunction...

Mama is a young mother who is desperate to save her son from almost certain starvation as the aged hydroponics equipment their small community relies on, begins to fail. When Mama sees lights in the sky -evidence, she believes, of other communities- she begins to question whether the surface might still be as dangerous as they have been led to believe; with aging technology, there is no way to be certain, so Mama ventures outside more and more often until she is confident that it is safe to travel on the surface after all. She sets out on a journey of discovery with faithful FarmBot Cyril.


Stage 1 - the creation of concept art by Amanda Fullwood and Dan Schaefer, and a trailer/pitch video
In 2017 we successfully crowd-funded stage one of the project - to create a live-action pitch trailer for second stage crowdfunding: production of the first issue of 'Minding Mama'. Featuring Kate Davies-Speak as Mama and the voice of 'The Hitch Hiker's Guide to the Galaxy's Marvin the Paranoid Android, David Learner as Cyril. Video production was by Sue Turner of www.elephantinscarlet.co.uk In addition to providing concept art and graphic design, Amanda Fullwood also designed and made Mama's costume.

Stage 2 - the creation and production of issue one of a comic book series illustrated by Dan Schaefer  -  and here we are!

Stage 2 crowdfunding will focus entirely on production of the first issue - 32 pages of glorious colour on quality paper, 'Minding Mama - the Beginning' will be wire-stitched in the tradition of comic books the world over.  Rewards will include signed art panels, a signed copy of the first issue (which will have a Foreword by Kevin Jon Davies, well known to fans of British Sci-Fi television), a chance to be the face of a character, and whatever other goodies we can come up with as we go along!

By supporting me, you'll be enabling me to employ artists, illustrators and printers as we create an exciting new comic book series. Thank you for your time, and if you have any questions, please contact me via the contact form on our website
Elaine Jackson

$0 of $870 per creation
The first 3 pages!  Each page costs about $290 (£222) to illustrate and colour, so for every £666/$870 raised,  we'll send a digital copy of our publicity poster by Amanda Fullwood to every patron who pledged to get us there! Oh, and you'll get a mention on our website (if you're OK with that. You'll also get first view of one of the completed pages. How about that?