is creating a fiction novel universe. 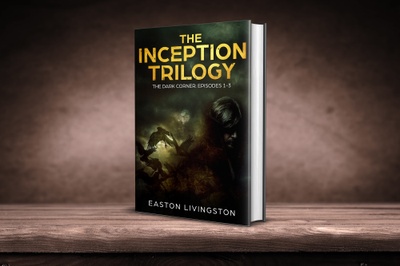 $1
per month
Join
• The Inception Trilogy - the first three stories in The Dark Corner miniseries in one volume.

• One additional episode from the Dark Corner miniseries (The Basement). 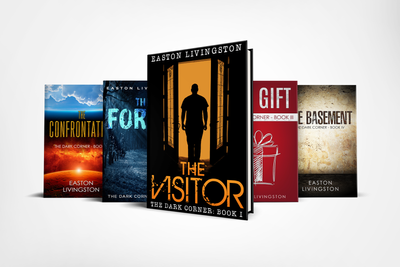 $2
per month
Join
•  The Inception Trilogy  - the first three stories in The Dark Corner miniseries.

• 15% discount at the RIU Storefront. 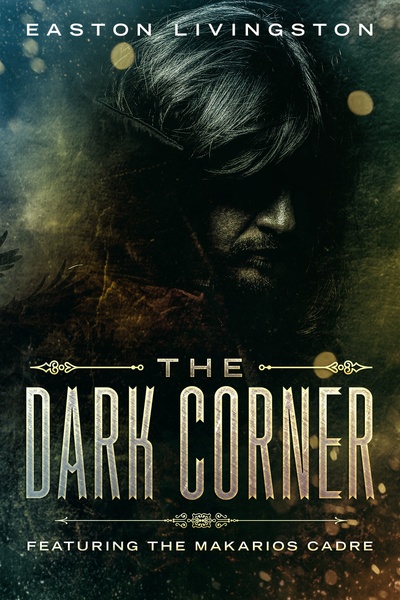 • 15% discount at the RIU Storefront. Hello. My name is Easton Livingston. I write imaginary stuff. The simple moniker we use is a novelist. But it goes beyond that really. I am a storyteller and — as it intimates at the top — universe creator. I have been writing in some capacity ever since I was in junior high (I'm no longer in junior high. It's been a very long time since I've been in junior high). Back then, I was writing everything from screenplays to short adventures for role-playing games. I was reading material by Dean Koontz, Stephen King, Clive Barker, and others.
I then began to write my own fiction. Short stories, novellas, comics, and novels — one with a friend and another on my own. I have been published in national magazines, local newspapers, and have a couple graphic novel story credits under my belt. After years of writing these kinds of things, I decided in 2017 to go all in because it's the one thing I've always done. It's the thing that will not go away. It's more than a desire. It's a calling.

I like to describe my writing as a cross between the television shows The 4400 and Stranger Things. I'm also a fan of shows like  Fringe, X-Files, Arrow, Flash, and Daredevil. Urban fantasy meets superheroes, meets the supernatural, meets science fiction. I call it the Reality Imagination Universe — RIU for short.

I realized that my background in comics (big comic nerd. 2500 comics and growing. Over 120 superhero prose novels. Yeah. I'm not playing around) was is going to spill over into my novel creation from the start. That is why everything in my universe is connected. Every story is connected to another story in some way. A character. A location. An object. They are all intertwined in The Tapestry (read my RIU Codex to find out what that is). Again, this is not about just writing novels but creating a universe. I don't just say universe as a synonym for a world because there are books that actually begin and happen off-planet or in different dimensions...or time. This is a legitimate question. I'm asking you to take a chance where you don't know me from Adam. Well...at least some of you don't. Rest assured, I am 100% serious about what I'm doing here. As a matter of fact, I wondered if I had enough material to write so I sat down and the wrote out all of the books that I had in my mind to write and that number came out to 26. That's not counting the nonfiction books which puts me somewhere near 40.

That, folks, is a lot of books.

With all of those ideas in my head, it's a must I write them and get them out of my head, partially for sanity's sake (that's not hyperbole). I mention that only to let you know that I'm in this for the long haul. There are other perks I haven't mentioned but I think you get the gist.

When you support me, you're not just a Patron to my writing. You become a partner as part of the RIU. My hope is that as the universe evolves, you will become more connected and engrossed in it. My aim is to create an environment where I'm not the only one shaping this universe but everyone involved is (of course, I'll be doing the heavy lifting but that's to be expected).

If I have you intrigued and you've read this far, then I invite you to make a pledge today. If you simply want to become an RIU Citizen without the discounts and sneak peeks, you can do that by signing up here:

Thanks and I look forward to seeing you in The Tapestry.

$0 of $100 per month
Can run Facebook weekend ad campaigns to expand audience and sales.
1 of 4
How it works