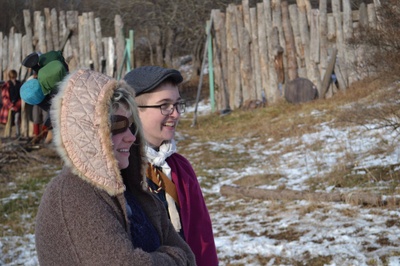 $1
per month
Join
An insignificant but very helpful person.
Merchant 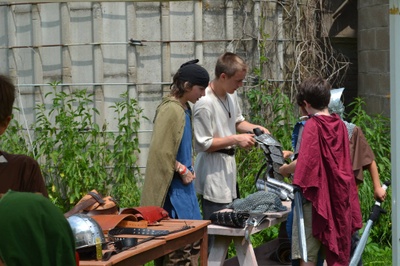 $5
per month
Join
Very productive people who will receive a Lost Lands of Eldwood sticker.
Knights 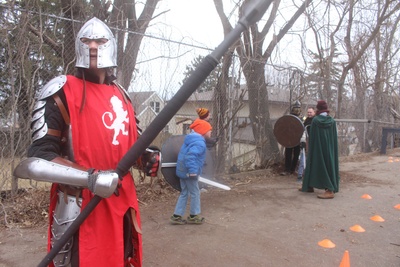 $10
per month
Join
The Brave defenders of the realm will receive free entry to our monthly events and be entered in the prize giveaway at the end of the event.

We were introduced to LARP at a board game convention in Madison WI where we met the Last Hope LARP group. Soon after we began attending Last Hope events regularly and practicing the combat system after school. This is where a number of kids between the ages of 1st-8th grade started to show interest, in the four high schoolers dressed as knights outside the school. We told them about LARP and asked if they wanted to join; to no one's surprise, they said yes. We gave them a few extra swords and thought them the rules. We started meeting weekly to practice. Eventually we offered to put together a story driven event out on some land in the country. We ran two events but with only four staff members to be monsters and NPCs (Non-player characters: villagers, peasants, etc.) It was difficult so we took a break until there was more interest from high schoolers. By last November there were seven of us and we were able to start running events more often. We have run weekly practices and events every month since then. We have gone from three interested kids to about 30. With our LARP reaching critical mass, supplying enough armor, weapons, and food for that many kids gets expensive. In addition, planning each event is a lot of work.

$0 of $150 per month
We will be able to run higher immersion events with better costumes.
1 of 2
How it works