is creating Inoka Long ago, the forest's most enlightened creatures

Ships in November 2018
FREE SHIPPING in the US

Ships in November 2018
FREE SHIPPING in the US

Ships in January 2019
FREE SHIPPING in the US

Long before the age of man, the most enlightened of the forest's creatures, the Inoka, competed in a contest of strategy and wits to determine who will be Nature's Emissary. 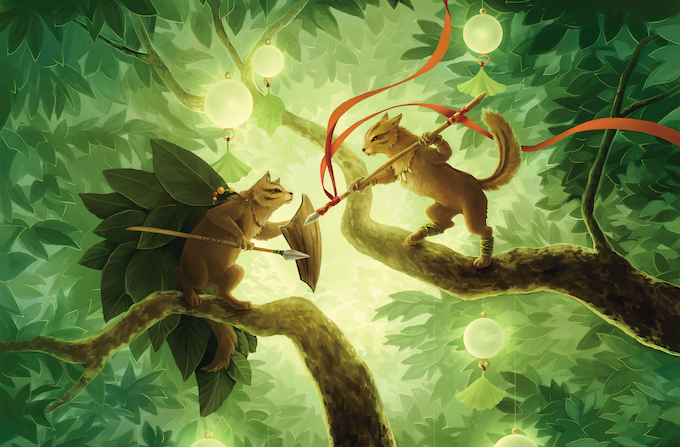 Once every generation each village sends their brightest competitors to clash in a ceremonial game called ‘Achkai’. The winner is decided by retrieving the most sacred stones and claiming the Leaf Totem. The champion controls the ebb and flow nature itself by becoming Nature's Emissary.