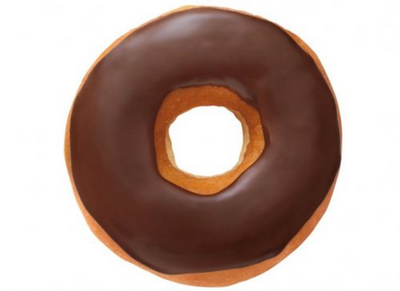 $1
per month
Join
Scrape enough change from between the couch cushions to throw me a buck each month and you'll not only be complicit in encouraging my donut addiction, you'll also gain access to every future blog post and my private Patreon feed, available only to my supporters.

A dollar a month might not seem like much, but it absolutely does make a difference. I appreciate any and all support. If and when I see you, prepare for the best hug of your life.

What if I told you that hiking the Pacific Crest Trail isn't all sunshine, rainbows, and unicorn farts? Would that contradict almost every single video, book, blog, and/or vlog on thru-hiking you'd ever seen?

What if I told you that not everyone who claims to be a thru-hiker actually earned that title?

Allow me to elaborate.

My name is Daniel Winsor, but in my brief foray into the long distance hiking world, people called me "Beta," and I'm telling a story. It's not a romantic story of floating through the clouds along a perfect trail surrounded by perfect people...

It's a real story.

It's a story of my thru-hike along the Pacific Crest Trail in 2017, one of the most difficult years to ever tackle continuous steps on the 2,650 mile trail from Mexico to Canada. The brutal winter of 2016/17 dumped record-breaking snow in the High Sierra, which was followed by a complete reversal into months of dry weather along the entire trail, causing California, Oregon, and Washington to experience one of the worst fire seasons in the trail's history.

In my lofty quest to complete an honest thru-hike of the PCT, I felt the highest of highs, and the lowest of lows... and I'm not interested in sugarcoating my experience. Right alongside the obvious beauty and allure of the trail, the dredges ranged from dishonest, egotistical hikers, to self-righteous "trail angels," to a handful of the most uncomfortable poops I've ever experienced.

In my goal to arrive at a 100% accurate, truthful depiction of the Pacific Crest Trail in 2017, I'm about to make a lot of people, people with a lot of ego, very angry. The harsh reality of 2017 was that a true thru-hike was damn near impossible... but that certainly didn't stop hundreds of people from claiming they'd completed one.

While I formulate my thoughts through long-form blog posts, I'm keeping my writing restricted to those who support what I'm doing. When my book goes to print, I'll be ready for the backlash, but while I'm writing, I want to be able to focus on writing.

Along with videos and pictures, I have hundreds of thousands of words written already documenting my experience, with much more to come. Eventually, I'm going to be faced with the challenge of consolidating all of those words into one book, but until then, I'm releasing one post every 1-2 weeks on Hikerbeta.com, ranging from 5,000 to 10,000 words. For those who would like to read along with the full story, rather than waiting for the consolidated book, all it takes is any contribution on Patreon.

I couldn't have gotten here without everyone supporting me along the way, so thank you!