$1
per month
Join
Tis $1 to become a Bootlegger and show support for my creations online. But you can give as much or as little as you feel my content is worth here. Even one dollar means alot, THANK YOU.

PAYMENT NOTE: PayPal is preferred due to high fees for credit card payments.

$2
per month
Join
Tis $2 to become a Movie Buff and join Jakub (and guests) as we Watch One Movie Each Month together.

Missed one of the streams? Worry not as each Movie Livestream will be archived for future viewing.

Howdy do ladies and turds, to another episode of the Slovak Mountain Man...


I am the Slovak Mountain Man or Jakub72, but my full name is Jakub Tilecky and I am the creator of cheesy  Youtube Videos and Live Streams. Which has been going on since around 2010 after I entered into an online video contest and fell in love with the process of Filmmaking. To learn more about who I am as a person or what I do, feel free to enjoy the video above. With that said, Thank You first of all for even taking a yonder at my Patreon Page, I hope you enjoy your visit here. 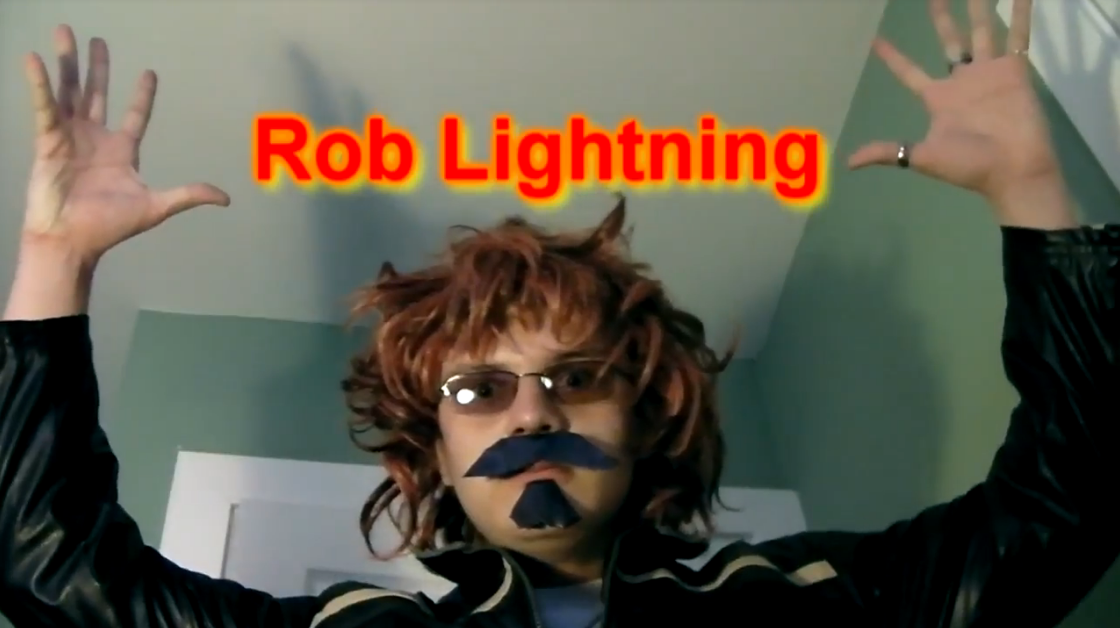 My first video uploaded August 2010, with a fake taped cardboard mustache and beard

Patreon is a website that allows fans to support creators, either monthly or per creation. Think of it as sending tips to your favorite musicians, filmmakers, game developers or any other artists and helping them continue doing what they love. So in other words, with an optional contribution of a few dollars each month, you directly impact how I work as an entertainer. Helping with the success of not only my channel but the quality and consistency of future projects. Which comes full circle into producing more content for you as the viewer. The regular Slovak Mountain Man videos and Live Streams will still continue though regardless. 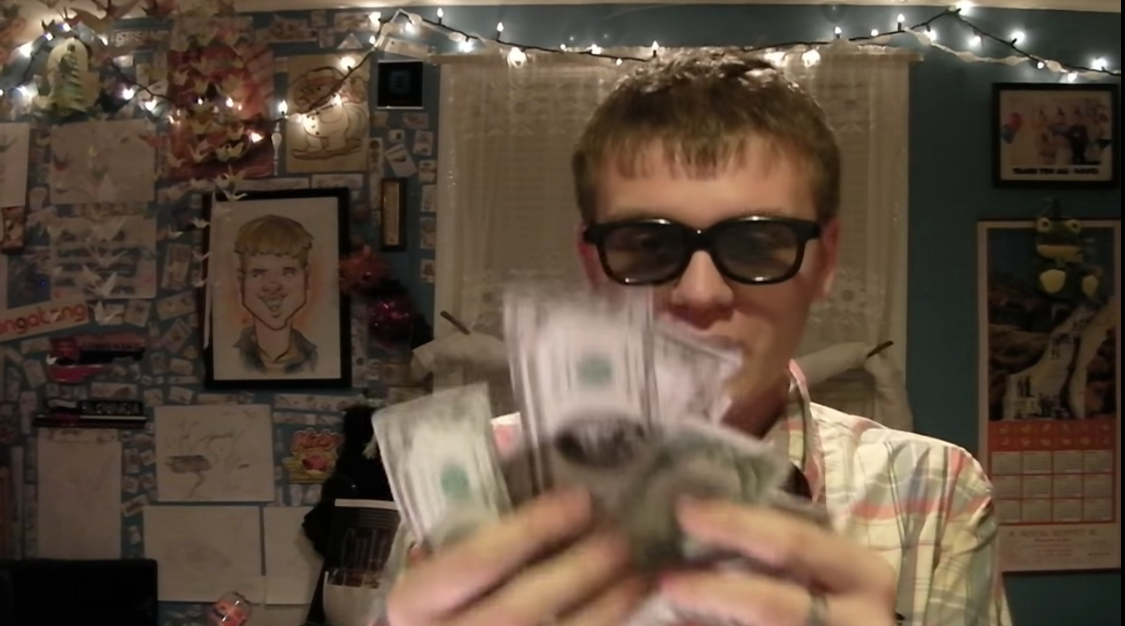 As the videos gained feedback... I made them more ambitious with acting, music, and props like fake cash

You are welcome to pledge whatever amount (doesn't have to be any of the below) that you feel my content deserves. But as a Thank You for doing so, I've set up three Tiers and provided the first post in each category as a free sample. To help share exactly what Rewards you should expect to receive. Keep in mind that PayPal is preferred due to high fees for credit card payments.

This is the first class and recommended for those that just want to support me with some extra cash. But are either satisfied with the current Rewards or aren't interested in the other ones. For pledging $1, you gain access to my future Behind The Scene footage. These take extra time, effort, and planning to edit but show the process of how I go about creating my videos. Despite that, it seems hardly anybody watches them.... so they will become a Patreon Exclusive with the N.Gin Scene (Crash 2 Review) being the last Publicly available episode. Then, I shall also record Vlogs every once in awhile on all sorts of stuff. Could be of my progress with editing, to the games I've recently been playing. Essentially, it will be a fun little series that could really be about anything. And finally, the Bootleggers will be able to view Patreon Posts on this Page. Which will mainly be either Live Stream Announcments, Making Of Pictures, or anything similar to the vlogs except in text form 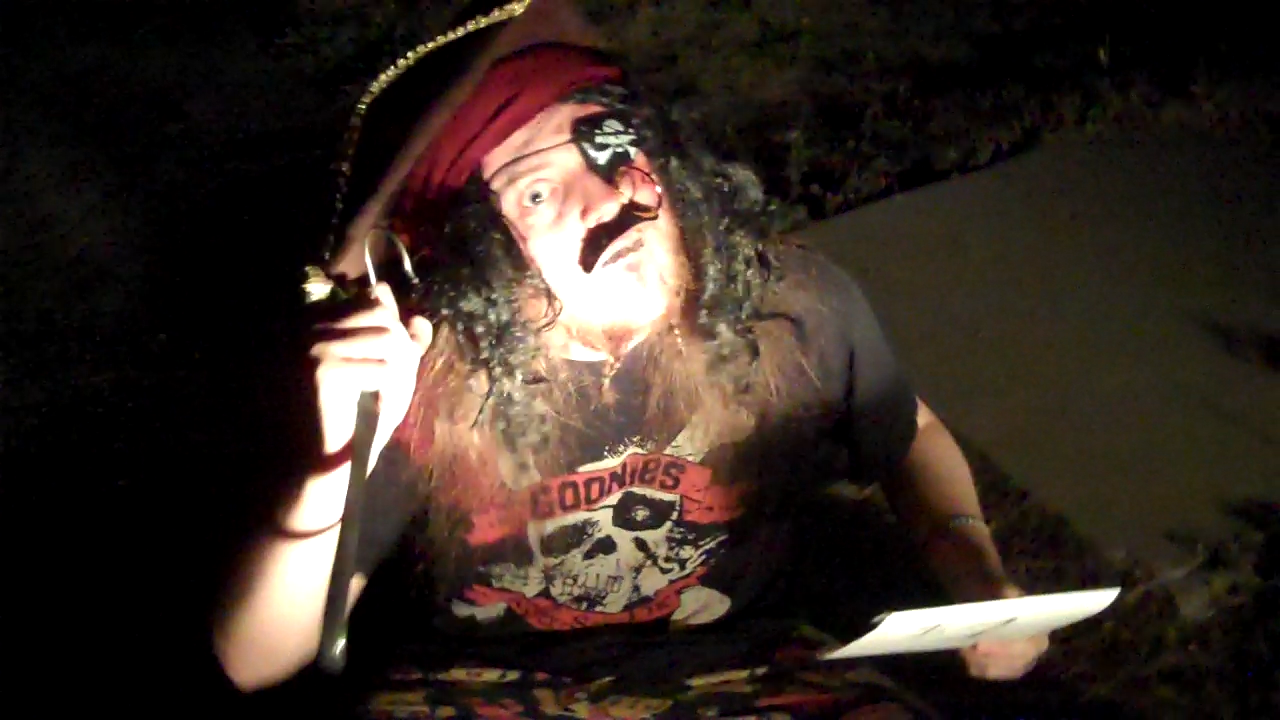 Here I am as a bootlegging pirate myself while recording the Patreon Intro video
$2 Movie Buffs:


Here is the second class for people that don't mind sending $2 and want extra private streams with Jakub. The big one here is our  Movie Buff: Film Streams. These will be monthly live streams that are privately broadcasted. Jakub will inform Patrons early as to what film we shall be watching as well as the schedule. Due to copyright though, I will need to blur out the screen and mute the films audio as it would be illegal to share that online. So you will need your own copy of the movie as we shall sync it together beforehand. It's best to arrive early and not miss out. Tis not limited to films either as we can also enjoy watching shows together such as The Legend Of Zelda (1989) Cartoon for example. All previous Movie Buff streams will be archived and available for future viewing as well. Next up are the Live Editing Sessions and will include hanging out with Jakub as he edits the next video for his channel. Which takes a long time so these can be anywhere between an hour long to the entire night. It all depends on the computer but should be relaxing either way. Alongside those, you also get Early Acess to my future videos as soon as they are uploaded to YouTube. I'll disable monetization as well so you don't have to sit through any Ads but will re-enable them once the video has been made Public. Last of all, all the $1 Bootlegger Rewards shall be yours to enjoy too. 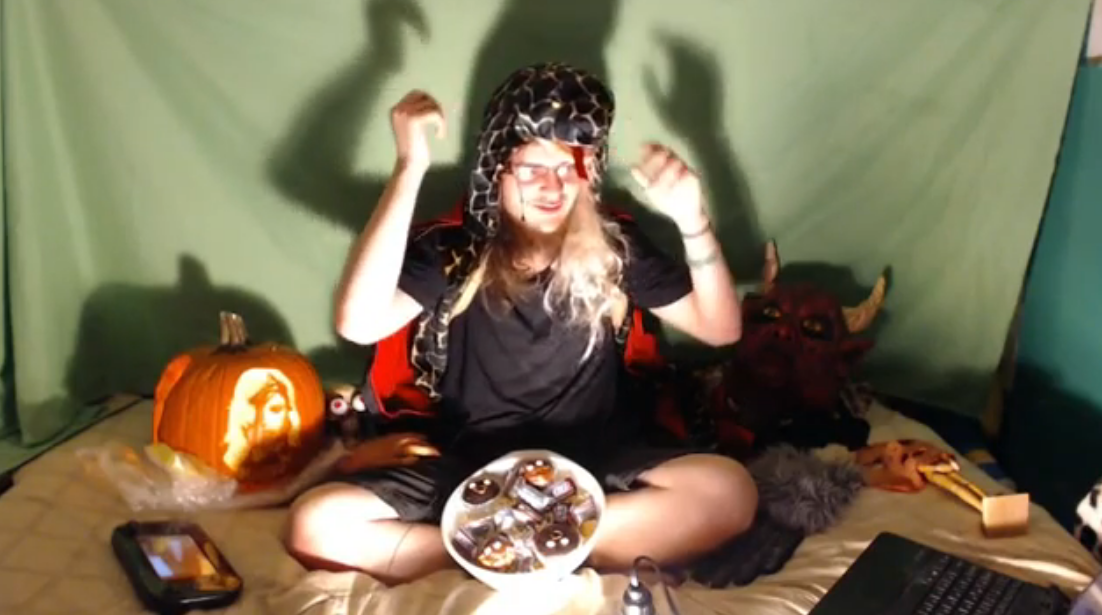 In 2014, I started the annual "Halloween SpookFest" to enjoy Public Domain Horror films like Night Of The Living Dead


Here is the third class for folks that want to fully experience what Patreon has to offer. Starting with Paps new cheesy show ""Cooking with Cheffy T", where Pap himself shall create only the freshest of hand crafted feasts delivered directly to you through the internet. Which could be anything from The Pappy T Baguette Special to a number of other scrumptious delicacies. He may not be a trained professional but these meals are one of a kind and vary in quality. So you best get the toilet paper ready early. Then are the Video Q&A's, where Jakub will ask the Patrons to share either an interesting topic or question they would want me to cover. If I find your idea fascinating, then it shall be turned into a video. The Cheffy Ts also recieve scanned copies of my original StoryBoards and Scripts created for episodes of the Slovak Mountain Man. 8 times out of 10 I create a few pages of both so if you're intrigued in how my videos come to be, then this is for you. There is a number of content that doesn't make it to the final versions of episodes either, so here is a way to see the original ideas in their unedited form. Lastly, all the $1 Bootlegger and $2 Movie Buffs Rewards shall be yours to enjoy too. 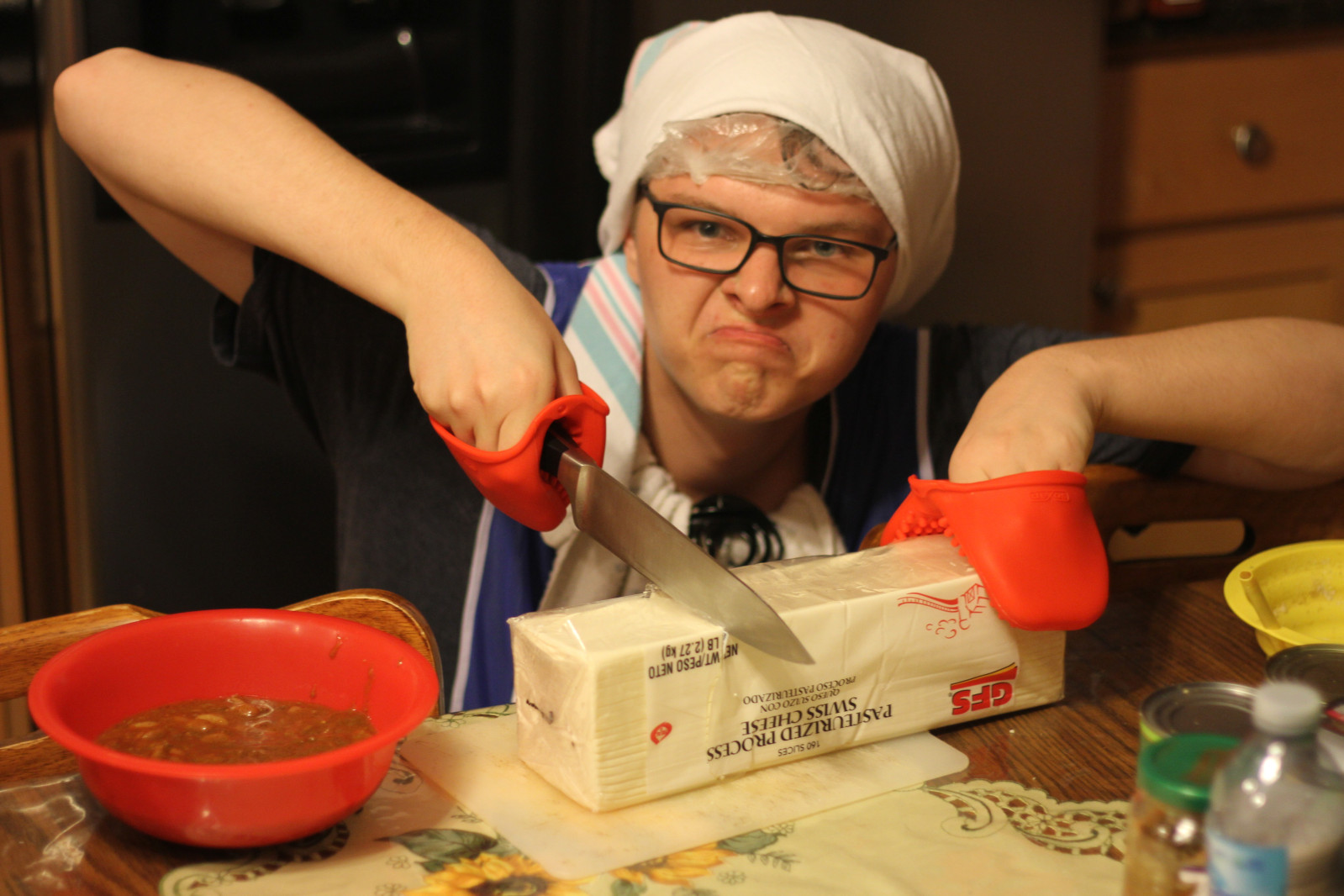 Those are quite alot of Rewards for only $5 a month, but we're just getting started. With your support, I'll be able to afford traveling expenses to attend conventions and actually meet fans of my work. As well as upgrade or replace equipment such as my editing/streaming laptop to provide higher quality entertainment without being held back by this machines limitations. Finally, Patreon will give me a chance to focus full-time on my videos or streams instead of having to look elsewhere for work and continue this on the side. Once again, coming full circle into producing more content for you as the viewer.

Now, this may or may not be achieved anytime soon. But as a Thank You either way, I've also set some campaign goals that viewers should enjoy if we reach a certain amount per month:

$100 per month - The Movie Buffs shall watch through the High School Musical Trilogy together. I grew up watching these cheesy films back on Disney Channel and can't remember the last time that was. But am more than ready to sing along once again as a WildCat. 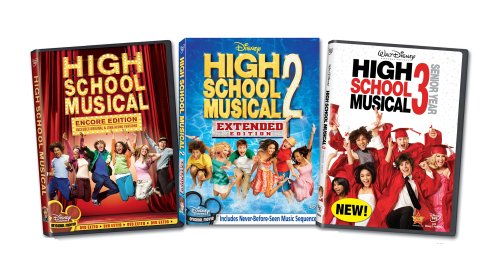 $300 per month - This is going to be quite something but Jakub will live stream the entire Kingdom Hearts RPG series for the first time.... not just one but all 6 games released through the Kingdom Hearts HD 1.5, 2.5, and 2.8 ReMIXs including 358/2 Days (but not the Mobile/ Browser SpinOffs) . Having only played one hour of the original KH, I'm not that thrilled to go through with this (despite enjoying Final Fantasy). As the premise and melodrama of this franchise is too much for me to handle... let alone pouring hundreds of hours into completing them all....

$500 per month -  Far worse than the above but if we hit this number, Jakub will live stream the entire Metal Gear Solid series for the first time. This is going to be brutal.... I've only finished the PS1 release but don't see myself as a fan eagerly diving into this franchise. However, if my counting skills are correct then that includes 14 games in total (but not the Mobile/ Arcade SpinOffs though). Oh my, that is a HUGE chunk of time to put into a series I may not enjoy at all for similar reasons as Kingdom Hearts say

That is quite a load of writing there and took awhile to completely finish, but with that out of the way... THANK YOU VERY MUCH LADIES AND GENTLEMEN for enjoying my content throughout the years and taking the time in reading this Patreon Page. It means alot to have you as a member of the Slovak Mountain Man Oddballs. Despite whatever decision you make (be it to support me here or not), I am always grateful for our growing community and sometimes words just can't express that enough . So if you can't afford to pledge monthly through Patreon but still want to help me. Then simply rewatch my Videos without AdBlock, share them with your pals, shop through my Amazon link, or come join the chat during our Live Streams. I never expected for so many people to find my work entertaining but can't wait for what the future may hold. Thank You again everyone, and until next time. 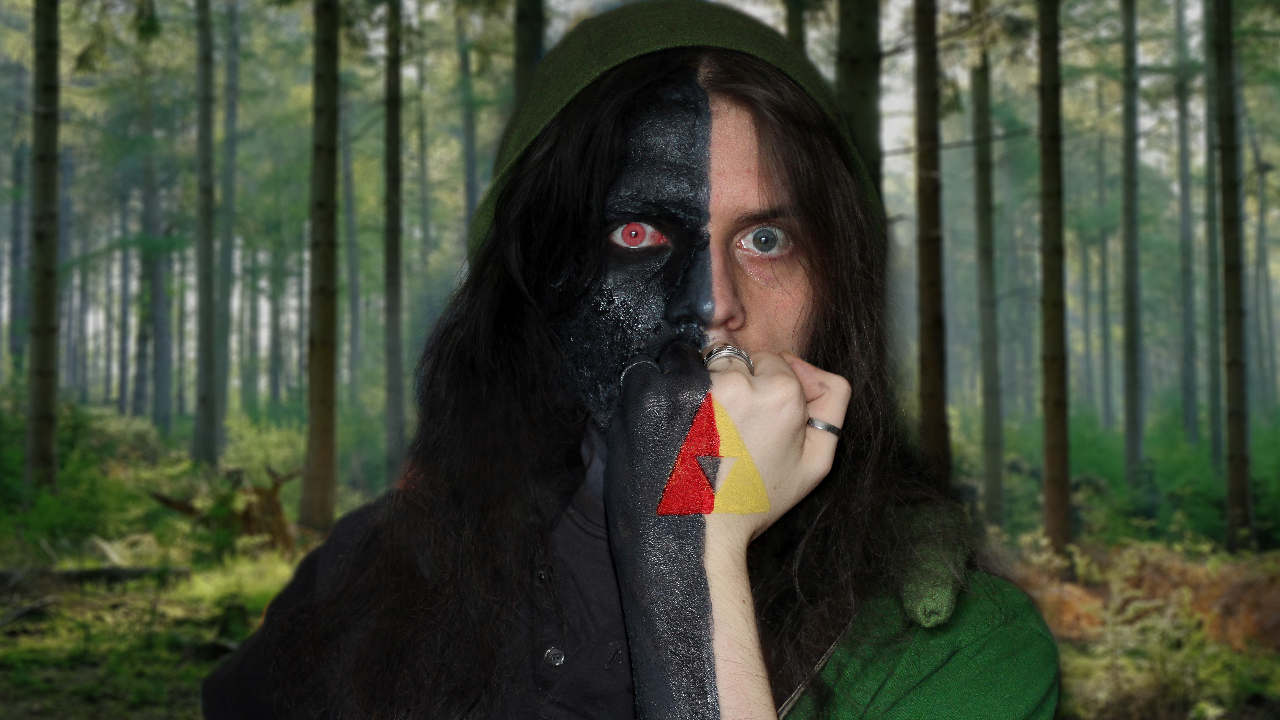 $9 of $500 per month
The day we reach this amount will be a day of celebration. I won't have to rely on my videos going viral and can instead focus on making more Stopmotion Stories like How I Stole A Gameboy Color.

It takes a long time to animate anything so passing this Goal would guarantee at least 1 Story per Month (unless stated otherwise).

Pretty much, everything I make from here goes into Savings or directly back into my videos. With $500+ Monthly, I'll be able to make huge improvements towards upgrading my computer, videos and streams. Not only will the overall quality of videos get better but also the speed in which Editing happens. My PC won't freeze as much, letting me get more done instead of wasting time waiting for everything to work again. Thank You for believing in me enough to reach this goal 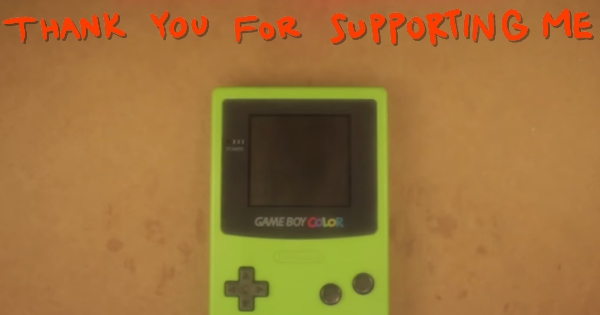