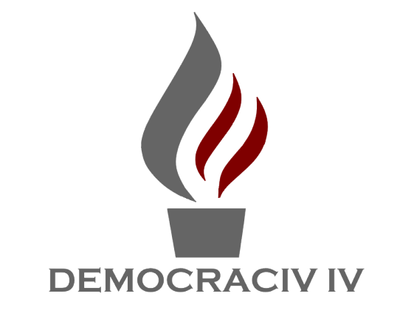 $1
per month
Join
Sustain the efforts to document Democraciv: Mark 4.  Every 10 monthly patrons results in one large article that will be maintained until the end of the game.
Art Support $10
per month
Join
I will write a thorough Democraciv article about a person, event, or thing of your choice.

I am Joseph Parrish (call me Joe).

Bio:
I am originally from Timberlake, a small town in rural North Carolina.  I graduated from Person High School in 2010 and then from the University of North Carolina in 2014.  During that time I served in the National Guard and as an cadet my school's Army ROTC program.  At the end of college, I decided not to pursue my commission as an officer and phased out of the military.

In 2016, I ran for the state House of Representatives in North Carolina but was defeated by the incumbent.  After the election, I moved back to the home of my alma mater: Chapel Hill.  Since then, I have been very active in political activism with the Democratic Party, having been a strong supporter for Senator Bernie Sanders and the greater progressive movement.

Visual Art:
While I consider myself a career politician, actual work has not always been easier to find, and I have had a few odd jobs since college.  I have also always had many artistic interests that I have developed in my free time.  One of these includes creating visual art on Microsoft Paint, which I started doing back in high school.  I dropped it for a few years but picked it up again in the middle of college.

I like working with MS Paint because it is an unconventional medium, and I feel that it gives my subject matter a unique, charming look.  For similar reasons, I have recently started experimenting with dry erase art as well.  Perhaps the most conventional form of visual art I perform is pencil drawing, and occasionally by pen.

Writing:
While I consider myself a mediocre visual artist, I think my strongest skill set in writing, both prose and poetry.  I frequently contribute to Medium.com, where I wrote primarily about political topics.  Some of these are more scholarly; some are personal stories.  You can visit my Medium profile here.

I have experimented with poetry since my teenage years.  I seem to gravitate toward iambic compositions with rhyme.  I generally abhor freestyle and consider most entries to lack the basic traits of a poem.  One area where I diverge is in haiku.  I have, however, developed my own method of haiku, which you can see described here.  An example is the following:

I am path,
Who in want of feet,
Takes on leaves.

Videos:
I have recently started doing video submissions to YouTube.  They primarily consist of video game footage, namely for League of Legends and Civilization V.

That is the long and short of it.  I hope some of my creative ability aligns with what you want to see in the world.  If it does, let me know.

0 of 10 patrons
For every ten monthly patrons, I will write and maintain a major article.
1 of 1