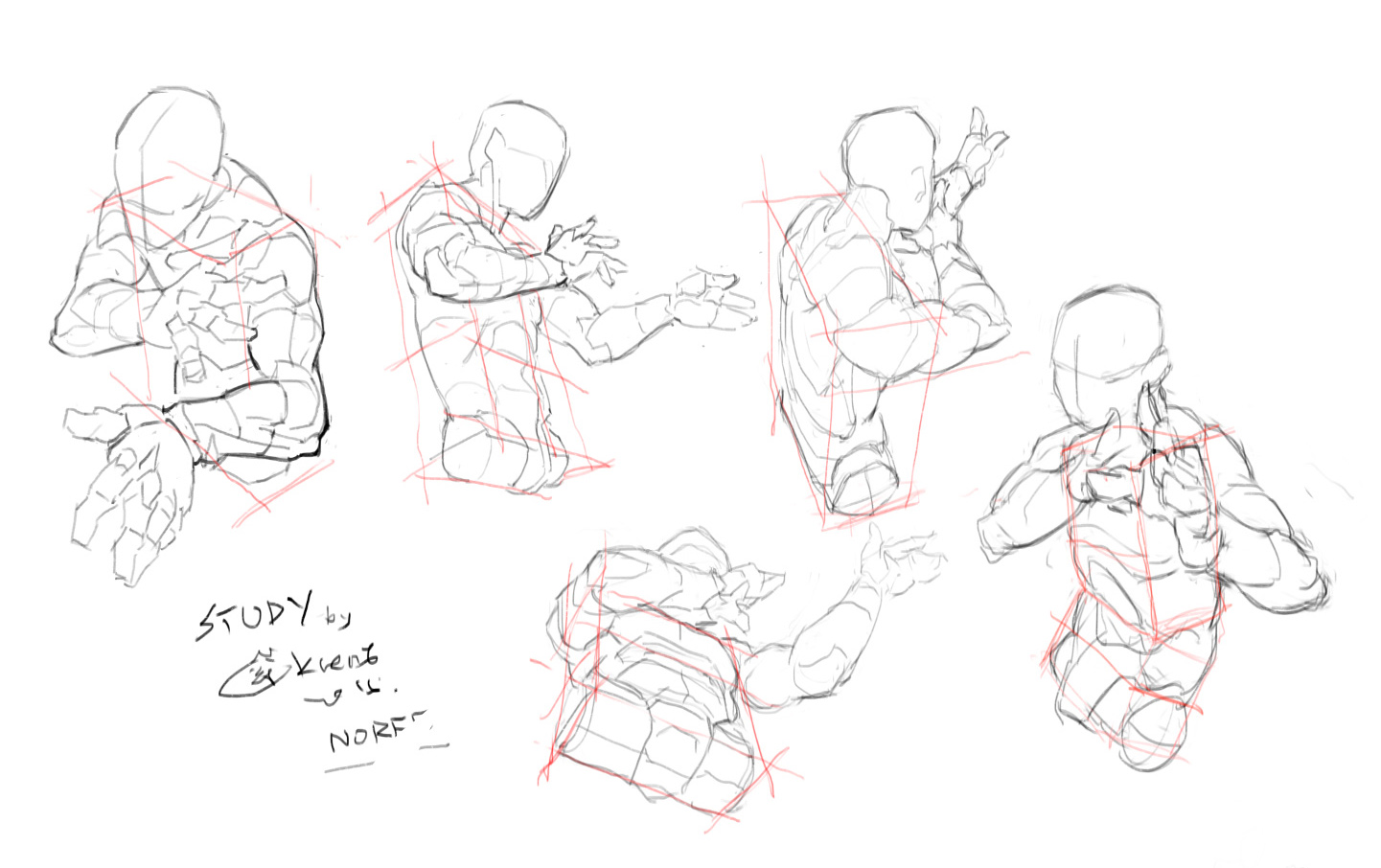 -get the tutorial including
1.explain the theory (videos or jpg)
2.steps by steps progress with some example.
3.homework

Hi! I’ve just uploaded a new lecture on my work, “Castle.” Hope you will like it! 😛 Since the lecture is longer than usual, the price is also slightly higher than before.I’m going to upload this directly onto Gumroad. Anyone interested can purchase it there. https://gum.co/suNVZ 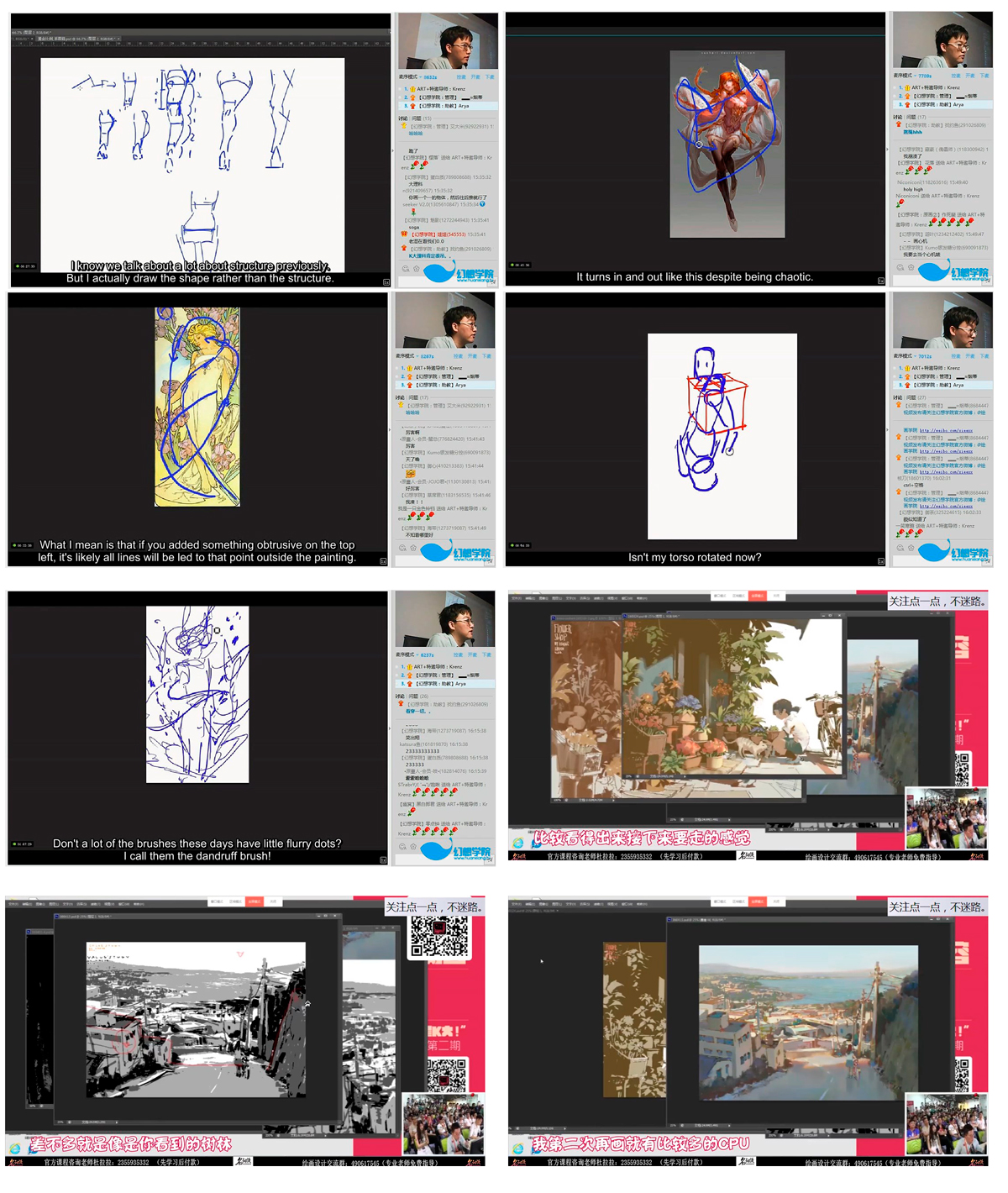 Greetings everyone!
Following the release of part 1, here is part 2 of my recorded lecture in Shanghai. Same as before, please support the release of this English subtitled version if you would like to have more videos in the future!
Part 2 continues the concepts of part 1 and talks about shapes and design as well as FAQs with the students.
The shape section discusses the importance of knowing the ratios of various segments of your lines. This section also demonstrates the technique used to create visually appealing lines and gestures. It also delve into the realms of concept design as Krenz teaches students how to draw appealing silhouettes.
The design section demonstrates how to form a composition with lines of action. Krenz will lead your eyes through various focal points as he explain why the focal points exists and how to place them.
Lastly, a FAQs with the students, answering questions from both part 1 and part 2 of the lecture. Watch him find solution to some of the common mistakes to perspective, ratio, structure, shapes, and design.
Each section of the tutorial will contain:
1. Explanation of the theories.
2. Step by step progress with many examples.
P.S. We received feedback from Mac users that they are only able to view MP4 files. Therefore, we are including both the AVI and MP4 file in this month's reward.
This month's reward is Part 2 of the perspective and design video. As for next month's (April to May) reward, it will be a full on coloring tutorial as Krenz demonstrates his painting techniques. Here is some preview to the video.

Hello!
It's been awhile since I've had the chance to upload something on Patreon. This month's video is a recorded lecture in Shanghai that was released on the internet. Many people asked for a subtitled version of this so I asked my friend (the writer of this) to translate and subtitled it. Please support the release of this English subtitled version if you would like to have more videos in the future!
This time we're releasing the video into two parts. The first part is an one hour long video fully subtitled and divided into perspective, proportion, and structure.
The perspective section demonstrates how to rotate objects on a plane, and keeping multiple items in background in perspective. The lesson teaches students to be able to draw objects from every possible angle.
The proportion section demonstrates the foreshortening of objects and how to calculate the space between objects and their sizes. The practical application on the human body is also shown as I draw various foreshortened poses with measured accuracy.
The structure section demonstrates how to divide the human body into simpler parts and builds it into more complicated forms. Difficult subjects such as hands and feet are broken down into basic geometric forms and shown how to draw them in various angles without references.
Each section of the tutorial will contain:
1. Explanation of the theories.
2. Step by step progress with many examples.


2015/12 Rewards preview:
I'll talking about how I control angle and proportion in December rewards. 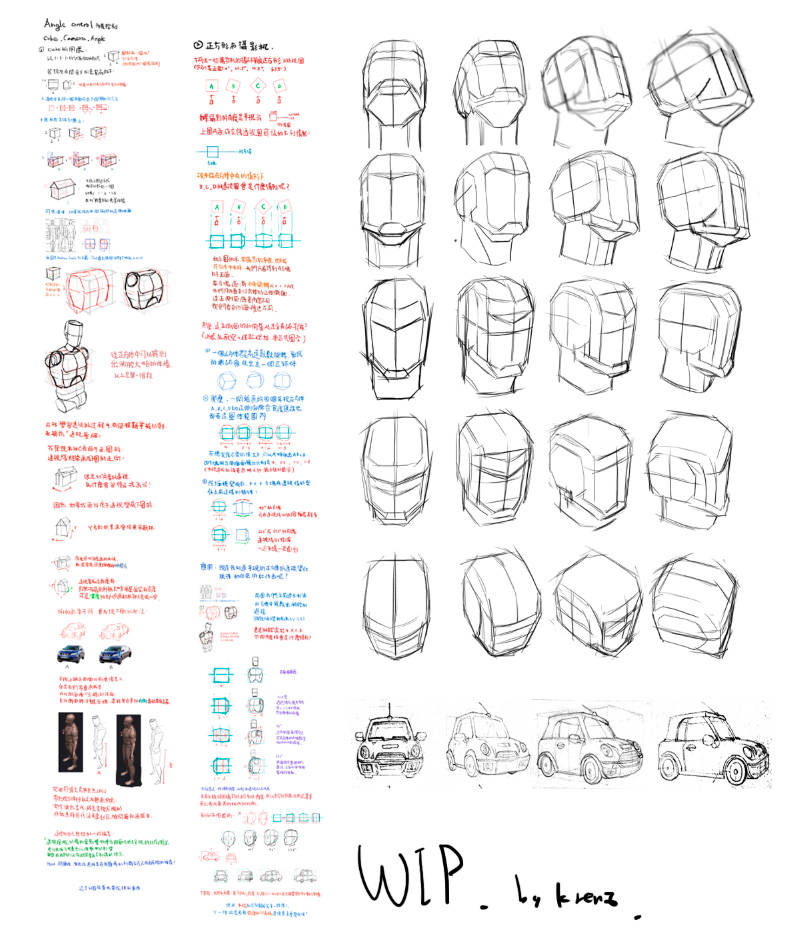 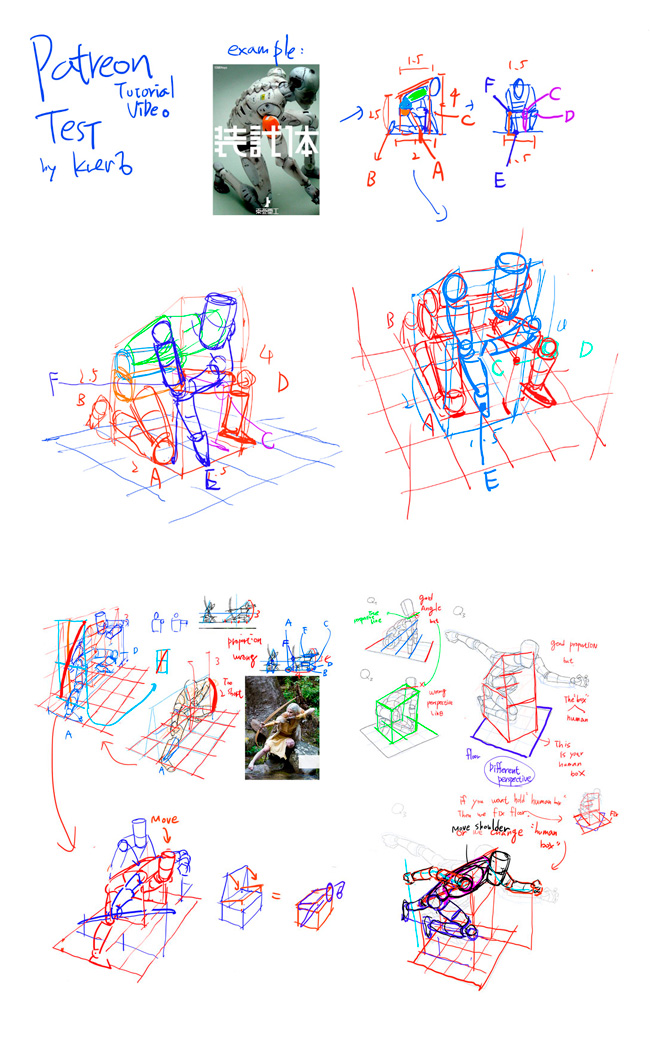 Hi,
My name is Krenz Cushart
I am an Illustrator and painting teacher in Taiwan.
I teach perspectives, gestures and human anatomy. I especially like studying how to draw dynamic poses in various perspectives. Here are some of my past studies on my deviantart page, you could download them below: 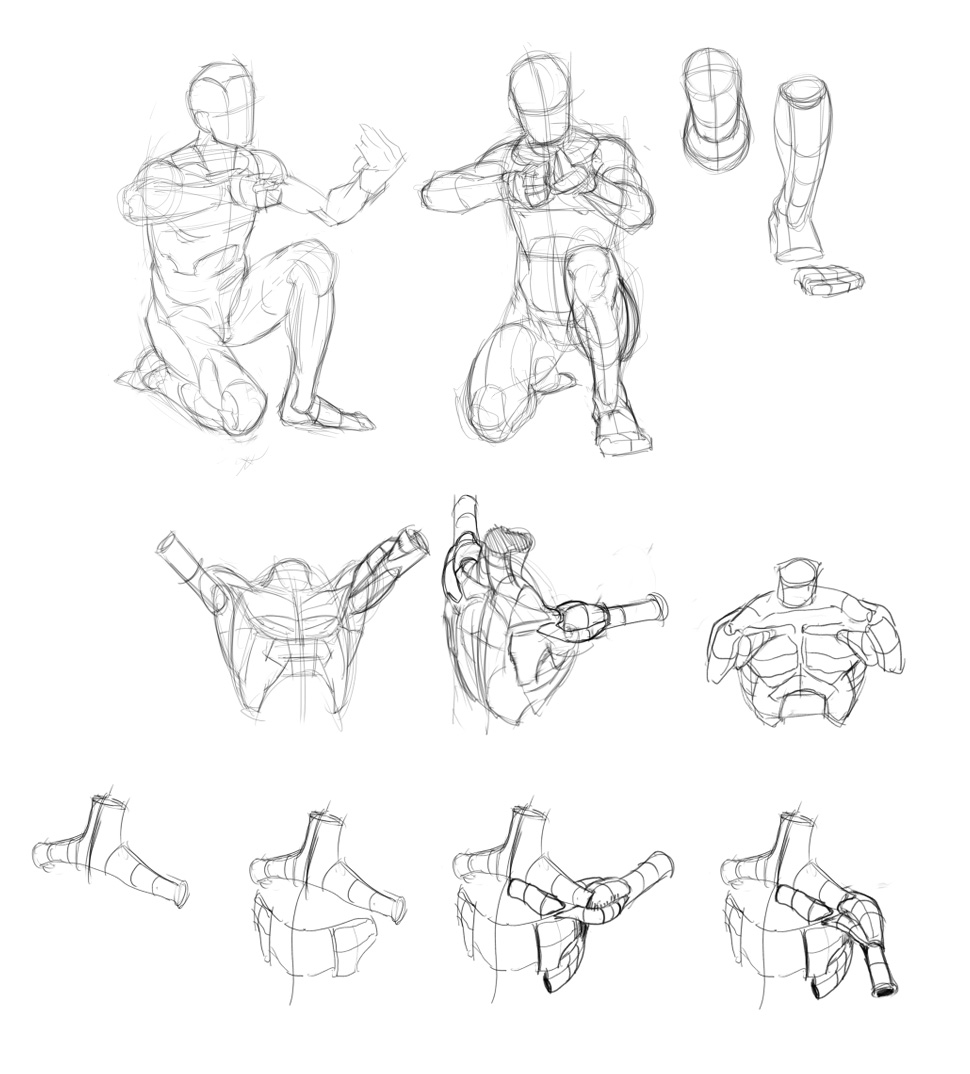 Here you could take a look of some anatomy studies that I have done recently:
https://www.artstation.com/artwork/NrPNJ 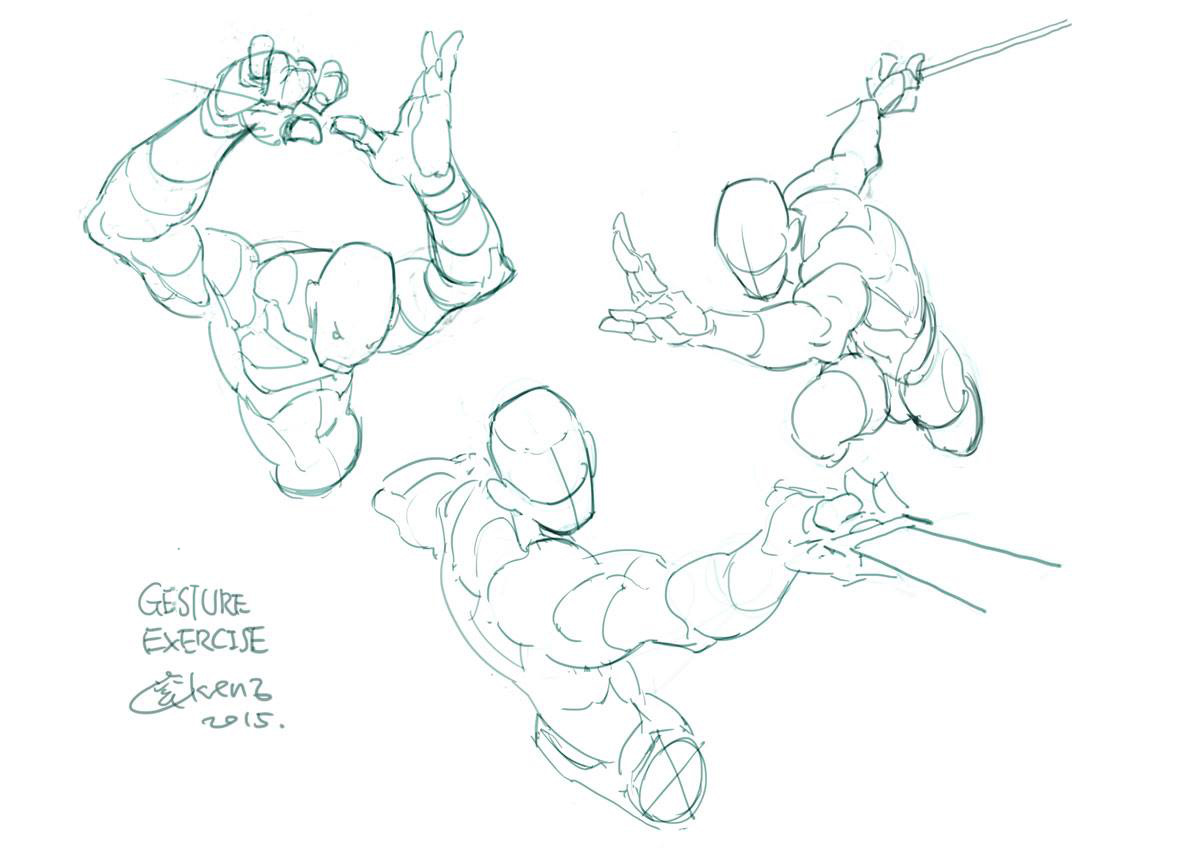 CONTENTS
I would like to create more content on this patreon in the future. But for the beginning, I will focus on sharing my "drawing human anatomy in perspectives" tutorial with my supporters, since a lot of friends were asking for it.
The tutorial is mainly target to people who are confused by the idea of combining their characters with background. However, I'm not good in English; hence, I will try to explain the theories in easy words.

Here are some tutorial demos that I did for my students in Taiwan: 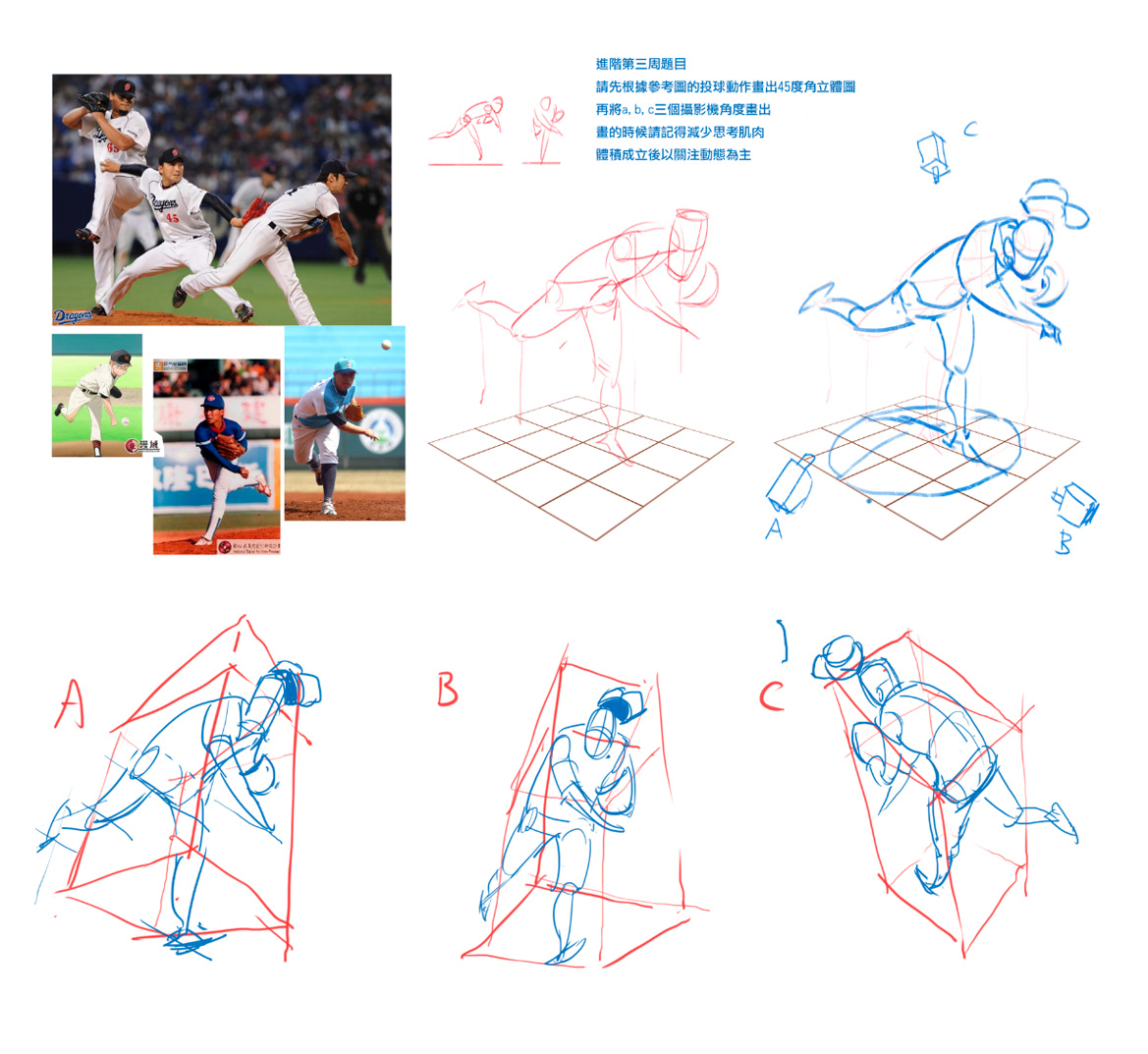 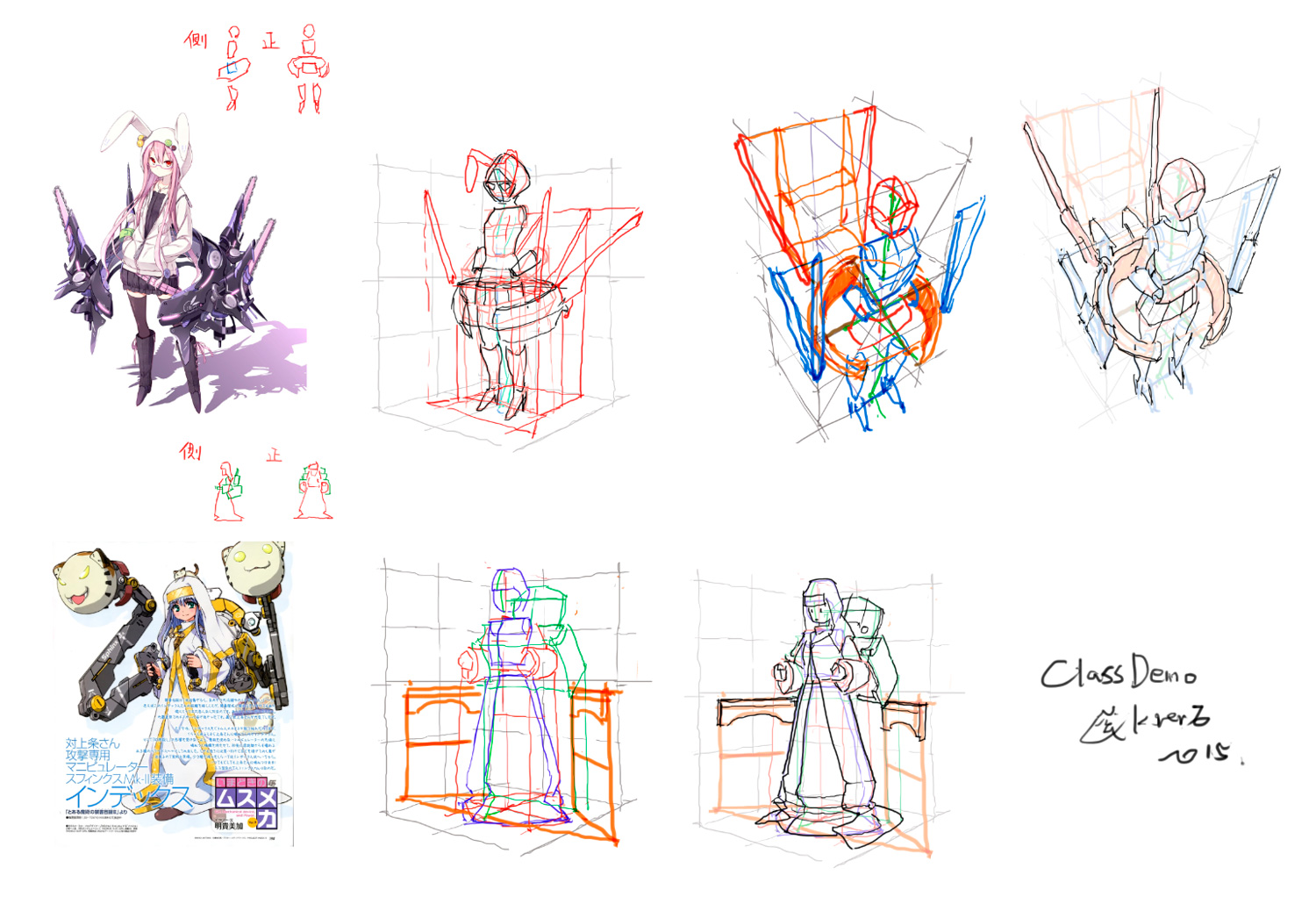 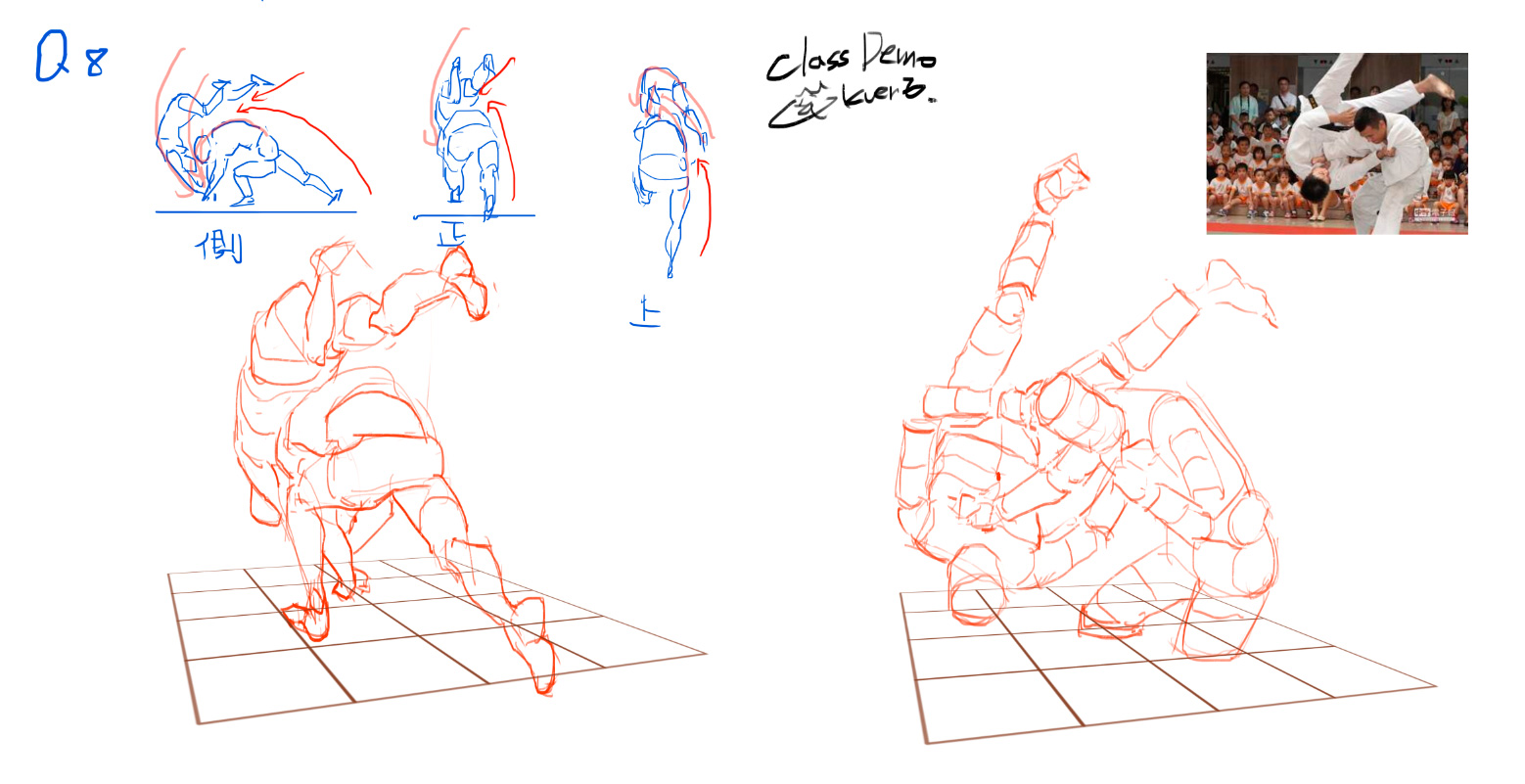 Here are some of my student works: 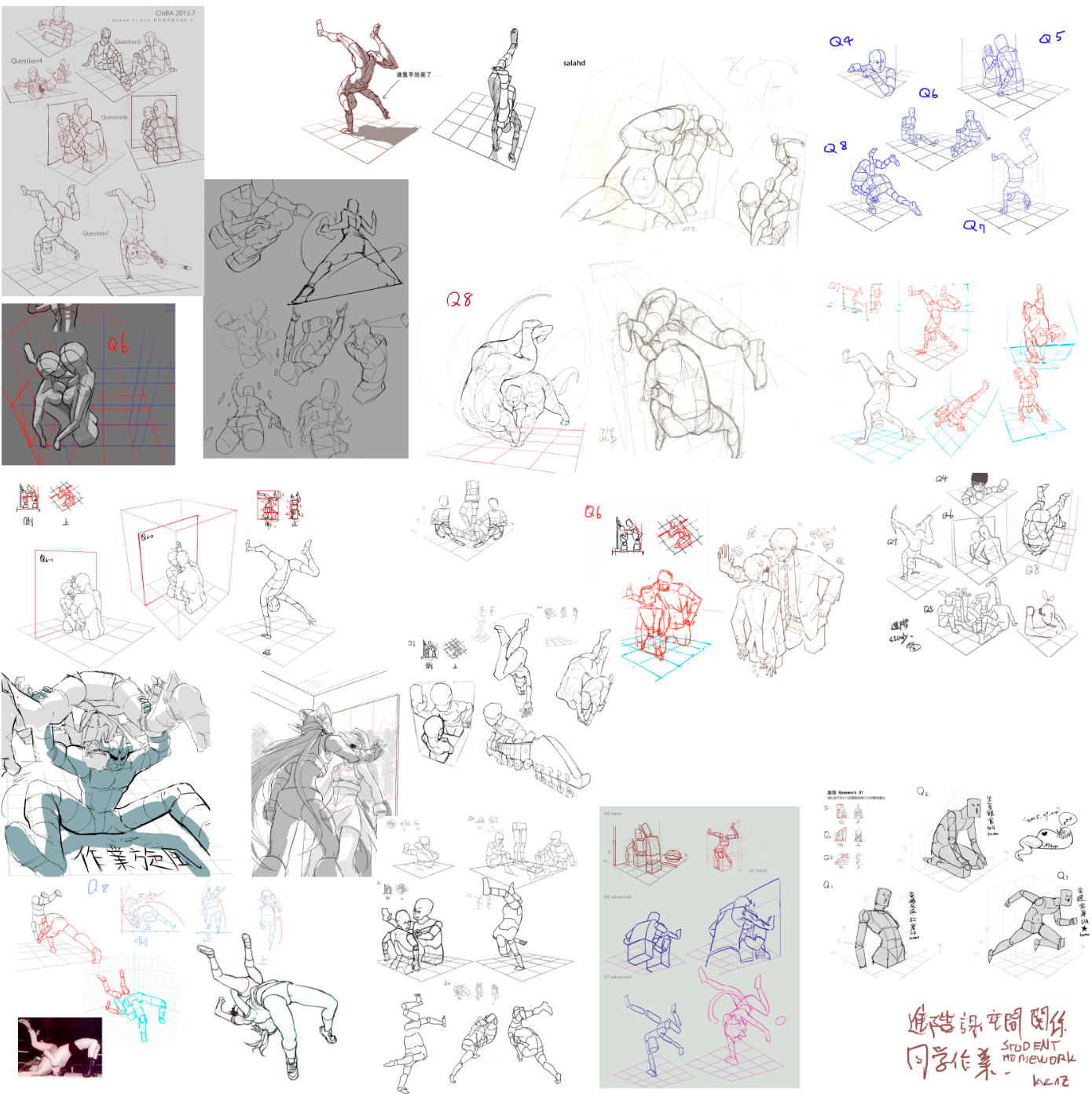 The tutorial will mainly be composed of 3 sections:
1.Explaination of the theory
2.Steps by steps progress with some example.
3. Homework 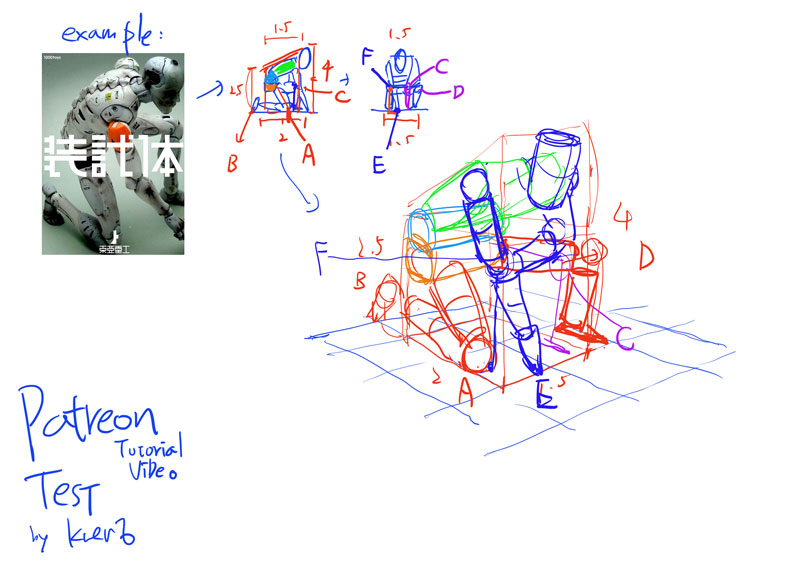 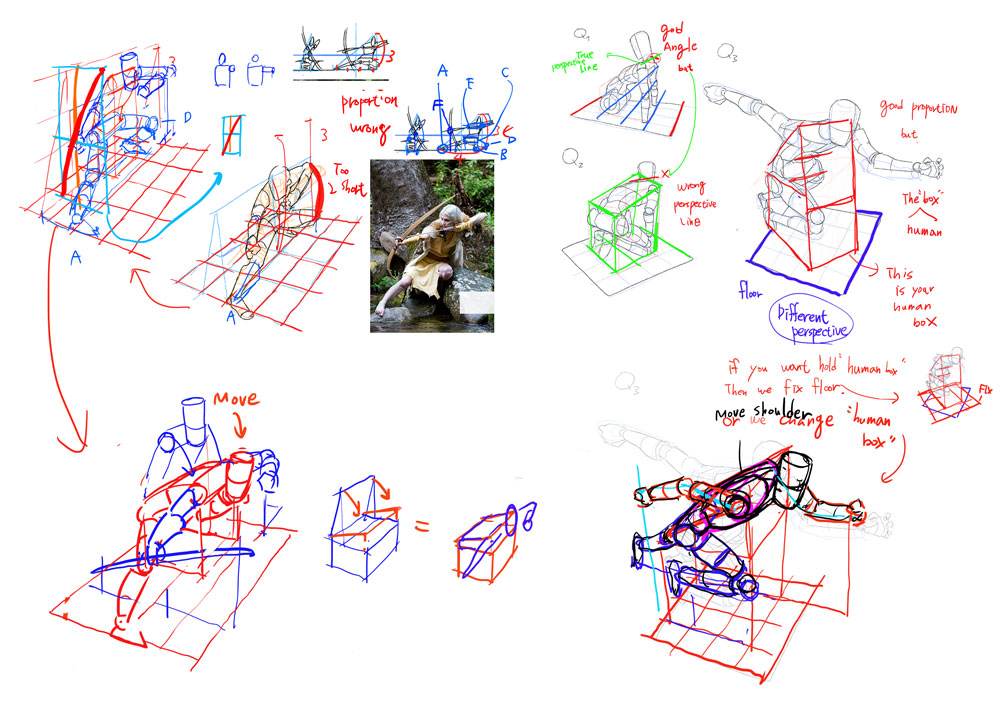 At first I want to thank you for your support, that's why I can keep drawing in my life. The rewards for supporting me on patreon are listed below:

4$-Thank you!
-get my studies with notes or feedback for students(something like that, but more words:http://i.imgur.com/zwoT4MZ.jpg)

10$-Thank you!
Aside from the package you get for supporting 4$, you will receive the tutorial additionally, including:
1.Explain the theory （videos or jpg)
2.Steps by steps progress with some example.
3. Homework

I'm also thinking about preparing other tutorials such as how I choose color and light, recording them into video and set the milestone goals later on. But for now, that is all, and thanks for reading!