Get weekly musings from Joe's personal journal. (He's been keeping a daily journal since 1973). Pithy, profound, and packed with a plethora of predictions. Maybe that's why he's known as Joe-stradomus.

(and how's that for alliteration!) All this, along with previously published articles & essays by Lucia 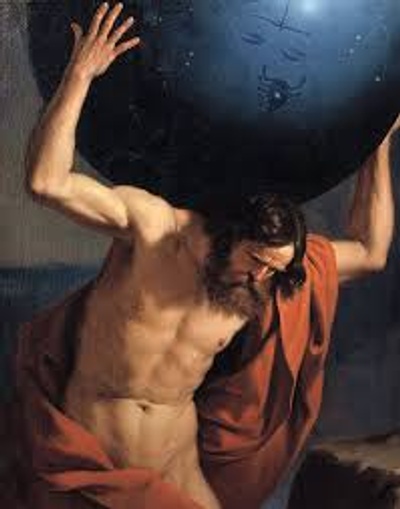 Get a weekly dose of

from Joe's creations with his former bands (The Almighty Crabbes, FunkaVision, and Joey O's Out of Control) 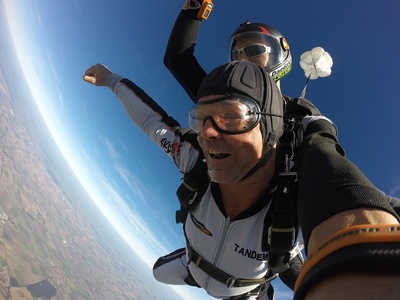 Your dinner with Joe & Lucia

She is currently in production in Italy for her fifth film: Voci del diario (Entries), about one man’s reflections on the life cycle through his journal entries. Lucia and her husband Joe Orlandino are the co-producers of the feature film, Rain Beau’s End – centered on a couple navigating the adoption of a little boy they discover to be challenged with a rare chromosomal disorder. It just wrapped shooting in Chicago in March 2019 and is based on Joe’s original story. Cast includes Ed Asner and Sean Young.

Frances Xavier Cabrini: The People’s Saint, Lucia’s poetic documentary honoring the Patron Saint of Immigrant’s Centenary filmed in 2017, was selected to screen at the 2018 Catholic Film Festival in Seoul, South Korea. She is the writer-director of the 2016 feature, One Year Later, the story of an American woman who takes a cathartic trip to the Italian Alps one year after completing cancer treatment. It screened at Montreal’s Views of the World Film & Music Festival, where it was nominated for Best Original Score. The film is shown throughout the medical community for cancer support groups. Lucia's 2014 short film, In My Brother’s Shoes, starring Danny McCarthy (Boardwalk Empire, Blue Bloods, Elvis & Nixon) as a man who honors his fallen U.S. Marine Corps brother by taking a pilgrimage to Rome in his sibling’s combat boots, was awarded Best Short Film at the 2015 Mirabile Dictu International Catholic Film Festival at the Vatican. It also was featured in the 2015 International Cannes Film Festival’s Short Film Corner. All of her films explore the idea of healing, resilience and human connection. She is also the writer-host of the (2016) Italian-language TV pilot, The Cooking American, filmed in Milan. Both Lucia and Joe are the founders of the non-profit, In My Brother’s Shoes, Inc., which creates dialogue and a sense of community around their body of films that address the many forms of Post Traumatic Stress Disorder, the emotional side of cancer survivorship, and other humanitarian stories.

Lucia is a seasoned public speaker and former journalist with many year’s experience leading sensitive and meaningful pre- and post-show discussions. She is a graduate of Loyola University Chicago (honors, summa cum laude) and the John Felice Rome Center and served as an adjunct professor of The History of Dance: From the Renaissance to Present at Loyola University and its Rome Center. Lucia is also a bilingual (English and Italian) Italy cultural historian and has written extensively on the country’s 20 multilayered regions and published two books of photography, Frieze Frame I: Textures & Colors of Italy and Frieze Frame II: Textures & Colors of Italy. She was voted one of 100 Women Making a Difference by Today’s Chicago Woman magazine and awarded the Impresa Award by the Women’s Division of the Joint Civic Committee of Italian Americans and the Leonardo da Vinci Award of Excellence by the Order Sons of Italy in America.

Joe Orlandino is the founder/principal of Atlas Media Ventures, a Chicago-based media production company, and the co-founder of In My Brother’s Shoes, Inc., a non-profit that, through film, assists with various humanitarian efforts. He started his career in 1974 producing and starring in award-winning pre-MTV music videos. His progressive live-action/animated music video, Video Child, received awards at the 1981 Chicago International Film Festival and 1982 Athens International Film/Video Festival. He has worked extensively in corporate sales, marketing, advertising, and promotions. Clients have included Comcast, Motorola, USA Karate Association, Hotel Via San Francisco, Museum of Contemporary Art, Silicon Valley Grand Hotel, The Cupertino Inn, and more.
Joe is the executive producer of all of Lucia Mauro’s films: In My Brother’s Shoes, One Year Later and Frances Xavier Cabrini: The People’s Saint, as well as her Italian-language TV pilot, The Cooking American. He is the producer of the feature film, Rain Beau’s End, centered on a couple navigating the adoption of a little boy they discover to be challenged with a rare chromosomal disorder. It just wrapped shooting in Chicago in March 2019 and is based on Joe’s original story. Cast includes Ed Asner and Sean Young. Other projects include the in-development period drama, Anita & Margaret (with a screenplay by Lucia Mauro); the coming-of-age comedy, Ascots; adult animation feature, The Baritonios; Bruce Springsteen buddy dramedy, Man at the Top; WWII mini-series pilot, The Vanquished; TV reality pilot, The Adventures of William Flugel, starring Will Clinger of WTTW-TV’s Wild Chicago; and the sailing series, Fair Winds & Down Drafts, also starring Clinger with guest Tim Kazurinsky.