is creating a monthly serialized novel. 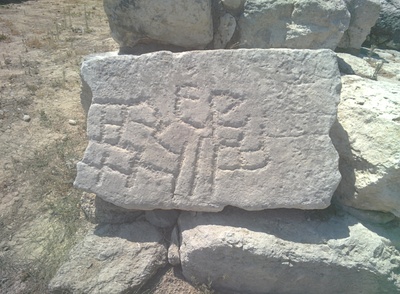 $1
per month
Join
For just $1, you will get access to the latest chapter every month.

Growing up, I was obsessed with Greek mythology, mathematics, puzzles and games, and reading of fantasy novels (e.g., The Lord of the Rings trilogy and the Narnia series). I played Dungeons and Dragons as a teenager in high school, and as a young adult worked briefly for Wizards of the Coast (WotC), creators of the Magic: the Gathering (MtG) collectible card game. The creative department at WotC was putting out an anthology of short stories based on MtG, and I submitted a lengthy novella. Unfortunately, it was never published, and I went on to pursue other interests, but the story still sat in my files, awaiting the opportunity for me to rework it into something more fleshed out and original.

Now nearly 25 years later, I am older and wiser (and certainly more experienced). For my 50th birthday, I was able to check one item off my bucket list; to finally visit Greece, the source of all the myths and maths I loved as a kid. By visiting the sites in the flesh, I finally knew how to rewrite my original novella.

When I decided to get my B.A. in Mathematics at the University of Washington, I took as electives anything relating to ancient Greek literature and history, even delving into Roman practices. It was while taking those classes that I came up with the idea of a Grecopunk setting for my tale. What if the Hellenistic Empire was never conquered by the Romans and the Dark Ages never occurred? What sort of civilization would we now be living in? Such is the initial premise for my story. Technology is similar to ours, but slightly advanced, and society is still grounded on the same principles as practiced by the Athenians of 500 B.C.E. It is a world familiar and yet still strange in some aspects. As for the rest, you'll just have to read it to find out.

My plan is to write and release at least one chapter per month (in the mode of Charles Dickens and other authors). By supporting my art, you will get access to the story as it unfolds. When it is complete, I plan on publishing it as an eBook via Amazon Kindle and as Print-on-Demand from Lulu Press. Patrons will find their names listed in the Acknowledgements section (unless they request otherwise), and will be given the opportunity to help shape the work in progress through their comments and feedback. Long-term patrons will receive full versions of the final draft (in whichever form they prefer) as a special thank-you.