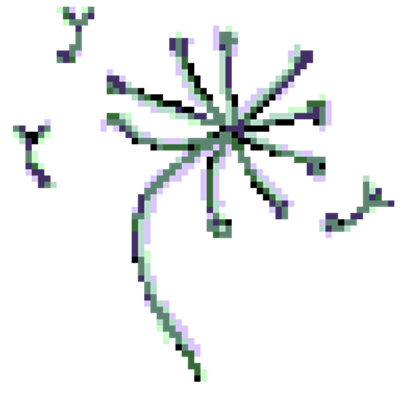 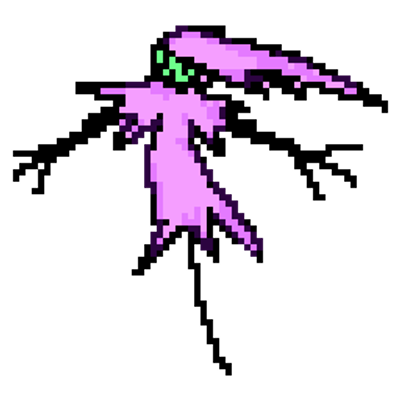 i'm porpentine charity heartscape!! i'm sick all the time and i make things.

this interview is a good way to learn about me

this is my site

some of my main works are
With Those We Love Alive, a dark fantasy hypertext where players draw on their bodies,
Eczema Angel Orifice, a compilation of my most popular hypertext stories,
almanac of girlswampwar territory, a cute world where you are a vagrant amidst endless child war, with an accompanying almanac used to decipher weather and other secrets. learn train schedules, find menial jobs to stay alive, and watch out for mutations...
Sticky Zeitgeist, an episodic game/comic/artifact about dumb girls surviving after global warmy,
Psycho Nymph Exile, a novella + stickers + games set in guro biomech universe,

other cool stuff:
Beautiful Frog, a frog management sim,
the shape you make when you want your bones to be closest to the surface, a multimedia autobiographical hell-gyre
the furthest point without crossing, a story written for the contemporary jewish museum,
Vesp, a sapphic insect dystopia thriller,
Girl Detective & the Mystery of the Sap-Stained Skirt, Nancy Drew but sadder and gayer,
Ultra Business Tycoon III, an edutainment sharewarewave adventure,
Armada, an action-rpg where a slimebabe explores glitchy swamps and fiendish cities.

i've made more than 40 free games in the past couple years, many of which have won awards, been showcased in museums (Whitney Biennial, EMP, Moving Image), or received other recognition (NYTimes, Sundance).

lots of different things happen on here. sometimes installations sometimes stickers sometimes postcards and apparel and everything else. twitter is usually the best way to see what i'm working on.

when i release something that costs money i send subscribers free copies when possible, like when people got free copies of my novella ebook, or my hypertext game anthology on itchio/steam. i've also sent postcards and drawings and other garbage over the years.