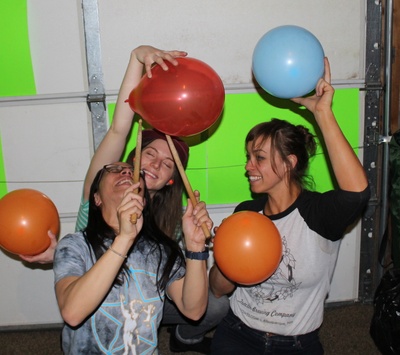 Let’s be there for each other. For $3/month contribution, you get:

•Access to “Patron Only” feed - This exclusive feed for our friends features behind the scenes of tours, writing retreats, video shoots, rogue jams, and early releases of songs and videos. Heck, you may even be able to download a free track or two. We're buddies, afterall. 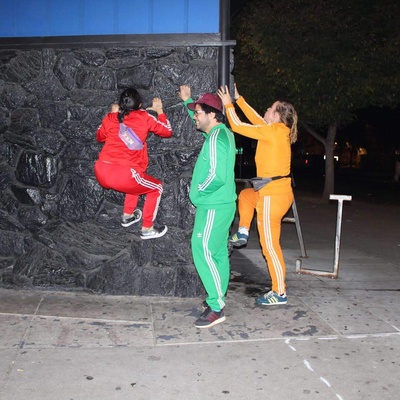 It's like we went to summer camp! Here, we’ll send you a genuine analog handwritten letter/postcard from a member of PB! Whether it's sweet love advice from Chris, or workout routines by Lauren, or a drawing of Mel’s Hole by Nelson - we got you covered pen-pal style.  For the $7 tier level, you get:

•A letter or postcard from a band member 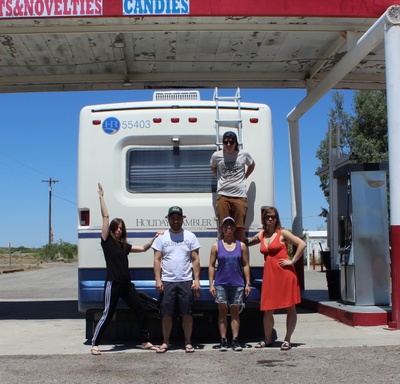 Through thick and thin, we got each other's back. And you'll have a download to listen to us whenever you want, even when there's no wi-fi.  At the $10 tier, you get:

•A letter or postcard from a band member

Prism B!tch is a 4 piece hard rock band that beamed down in 2016 from the dust and wind of New Mexico. Their music is a mix of heavy guitar/keyboard layers blended with pop hooks/melodies/harmonies and occasional total noise freakouts - often compared to The Pixies and The Yeah Yeah Yeahs. From humble beginnings at a punk rock coffeehouse open mic to nominations in the Weekly Alibi’s "Best of Burque” music awards for 2017, 2018, and 2019 (Best New Band, Best Party Band, Best Stage Presence, Band Most Likely To Make It Big In Japan), Prism B!tch has been privileged to perform at historic venues such as Whisky a Go Go, Slim's, The Roxy, and Webster Hall.

Prism B!tch released their self-titled EP November 2018. The EP features 5 songs, recorded with engineer Toshi Kasai, known for his work with The Melvins, Big Business and Foo Fighters. In September 2018, Prism B!tch completed a West Coast tour with Built to Spill, and have toured again with the iconic band on the east coast September-October 2019. They were slotted to open once again for Built to Spill throughout 2020, when the pandemic started. Prism B!tch will be releasing a new album entitled “Perla” in fall of 2020.

Prism B!tch has a reputation for wild and performative shows, professionalism and friendship.