is creating Games and Stories to force alternative thinking. 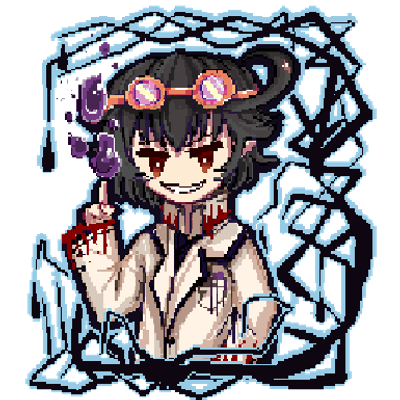 $1
per month
Join
Support and help Sin develop!  This is the recommended tier if you just want benefits (Other tiers only provide a little extra)! 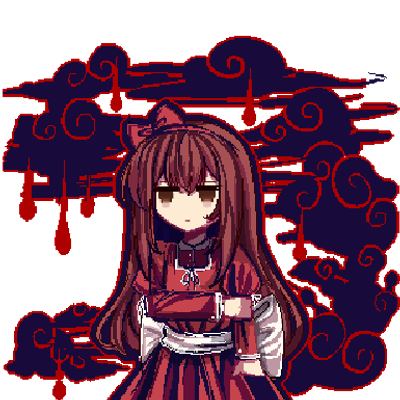 * 1 Request credit per month (aka. Feel free to request some minor addition to a game each month (perhaps you'd like an item to be named after your kid)). (These credits [may] roll over)

* Let us know what category you want your support to go towards (Art, Music, Other) 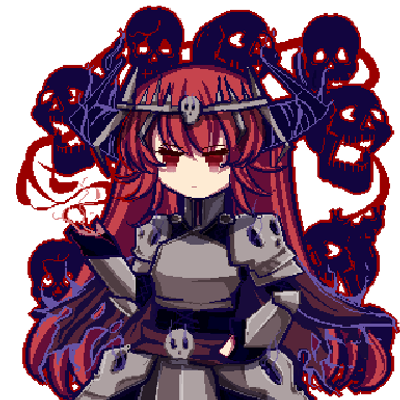 $20
per month
Join
As a patron, you'll be recognized for making my work possible.

*  2 Request credits per month  (aka. Feel free to request a small addition to a game each month (maybe you want a monster named after you?))  (These credits [may] roll over)

The above video is an example of how I do QA (This isn't the actual QA process I use, but an idea of why I find things other people don't).

Who Am I and What are You Supporting?
SinのAria is actually three words. Sin meaning Nothingness, の meaning belonging to, Aria meaning a Song. Although I am a fun loving person, I have an issue where I am bad at talking, so instead, I've focused my efforts in writing. As such, I've learned to write stories and come up with ideas that people often find unusual for the times, even if they become normal years later.

By supporting me, you'll allow me to advance my skills and pursue my passions. While I may be a jack of all trades, I have things I'm especially passionate about such as streaming even though I'm not the best at being vocal. I love writing guides for games because I love researching things and spreading the knowledge. And of course, I enjoy making games as a way to express my stories.

About My Style
A huge fan of roleplaying and thinking differently, my guides, stories, and games are often designed to have others see the world from different perspectives and I have often been able to be a top gamer in the past due to my different thinking habits being outside of the norm.

My reviews are generally focused on being unbiased. Expect me to find lots of problems with games if that is my intent and even if it isn't.

My stories have always involved horror or tragedy, regardless of my intent as I do not write stories in the traditional sense, instead forming a simulated world with various rules and characters and directions implemented and transcribing the events of that simulation in my own words and later editing it to flow as a story. This has often resulted in my characters knowing things I don't, thus making my stories a surprise even for myself (especially when I pull a character outside to talk with them to figure out what happened). While I can direct the general direction, I have little control over the details.

My games, being a mix of my stories and my desires to add new concepts to the gaming world, have often involved odd ideas and themes, such as characters that grow powerful almost immediately, holding power for some time, but slowly being forced to make choices to give up their power for a better future, alternative paths, or to keep their power. Choices are a key theme to most of my games as I believe that choices are important for people to make - even if the choice is a lack of choosing. Currently using RPG Maker and VNM due to asset prices being lower. Hoping to eventually start making my own assets and branch out.

Those who have seen my previews might have noticed that I tend to use some very odd mechanics, such as my writing where depending on how you read the lines, the meaning behind the words changes, sometimes greatly.

My Plans for Patreons Whether Viewing or Directly Assisting
Currently I am working on Silveria Effect, IGMC2017, and A Scum's Story (Nol and Voyd is a side story of A Scum's Story). My goal is to have something new each month.

I intend for everything to eventually be available for free except maybe my 'behind-the-scenes' type stuff. I believe that I should be making stuff not for money but because I want people to enjoy them.

Allies in the Pursuit of Stories
Helping me out are Himesaur (Deviantart) / FluffyClouds (Facebook) for main Art and Zebestian (Soundcloud) for main Music.

With That Said, How Does One Support Me?
There are three simple ways to support me. First way is to just check out what I have and enjoy, providing feedback as a bonus if desired. Second way is to let people know about me in order to spread the word as I am nowhere near experienced enough in social media. Third is to become a patreon and help me out.

You can give me feedback on my Stories, my Posts, my Twitch or Youtube streams (and archives), my GFaqs guides and reviews (https://www.gamefaqs.com/community/Arkia/) and more.

$0 of $100 per month
Extra image funding.
(Sorry about the previous goal amounts, I misinterpreted it to mean total)