is creating the Frightening, Adorable, and Unique 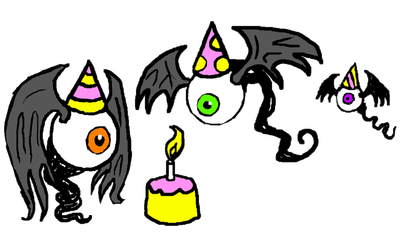 $1
per month
Join
Our heartfelt thanks!  We appreciate you!

$5
per month
Join
Access to the patron only blog.
You'll get a better view behind the scenes; stuff about how we make stuff.

Most people will see our finished products, but you'll see:

Who:
Rowyn Golde has been studying all of her life. Long after her time as an art student, she continued her journey in academia until her MA in Community Psychology. That knowledge has made its way into her work, as her art often touches upon psychological themes.
Rowyn is best known for the comics Oh Hell, Donna!, Deddrie: The Cornsbrook Killer, and House Frightdorable. She also has a children’s book titled Peas & Luv.

Also: 20% of the proceeds from the plushies Rob and Rowyn make go to a variety of charities.  Find out more about that here!


Why:
Your support can help us keep making comics as well as provide us the opportunity to pursue our other creative projects.  We will be able to come out with more stuff more often as well as experiment with media.  Some examples of what your contribution will support are
- Animated Deddrie Shorts
- Sketch comedy shorts via Unmedicated
- A board game where you play as survivors or zombies (Dead/Run)
- Various card games
- A comic about a little cat, her friends, and her mental health (House Frightdorable)
- A video game where you can explore Cornsbrook, the world where all of Rowyn's fiction takes place (Escape from Cornsbrook)