The Hangman of Abu Ghraib

The Hangman of Abu Ghraib

Thank you for supporting our Project.
$5
per month
Select

About The Hangman of Abu Ghraib

The Hangman of Abu Ghraib is a book written by Latif Yahia Author of The Devil's Double Book & Movie, which follows Abed Ali throughout his violent and disturbing life in Iraq under two regimes – the Hussein reign of power and the CIA’s eventual control over the prison and country.

Abed Ali became the hangman for the prison Abu Ghraib which stands outside of Baghdad. His duties included murder and torture for both Hussein and the CIA. People were shocked by what they saw in fiction such as Game of Thrones and with no exaggeration Game of Thrones is nothing compared to this story. A man who hanged over 15’000 people – it could be the biggest mass murder in history.
He beheaded his wife, enemies, friends – no one was spared from Abed Ali under the instruction of his bosses. Telling the tale of an Iraq built up from Shia poverty, to a Westernized Revolution City, we are given an eye-opening insight into Arab culture and politics.

This book is a very important true story which documents the heinous crimes certain governments have covered up. We wish to show it to the world on screen before history surpasses it. History has a way of changing things and we want Abed’s story to be true to itself.

We wish to put this story on screens worldwide.
A movie is not ideal as there is not enough screen time in a movie to portray Abed’s full tale. We want to create a 5-episode series with 50 minute episodes so we can include all of the important details that make The Hangman of Abu Ghraib the compelling story that it is. We already have a developed screenplay and after contacting several studios we have been told ‘no – there’s just too much politics involved.’
This makes us even more determined to get it out into the world – why are corporations trying to hide these political injustices and actions?
These Hollywood studios are controlling the worlds media and what the people see – why don’t they want to put faces and names behind these CIA employees? Is it not important to educate people on what the US and Hussein regimes did to Iraq and individuals such as Abed regardless of the intense and thrilling story that is also being told?

After researching where it should be filmed, we decided on Malta or Spain where Latif’s previous book to film adaption The Devil’s Double was filmed.

The location, weather and architecture is perfect to match the setting of Iraq.  Cast & Directors The cast of our production is a vital part of getting Abed Ali’s story across whilst also doing the story justice. We want our cast to have known faces and be able to play the intense Hangman roles to perfection. We have already spoken to two directors, they like the script but they don’t want us to mention their names until we sign a contract with them, meaning we need a secure financial plan…

Finances:
After discussing our financial situation and the costs the project will need to be a well-done, quality production, we have concluded that we need 5 million all together.

Each episode is going to cost 800,000 – 1 million dollars to create and produce. 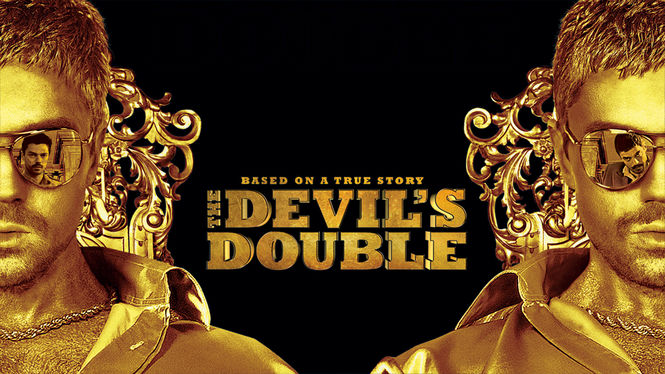 Latif Yahia was born in 1964, the son of a wealthy Iraqi businessman. He attended the most exclusive school in Baghdad where another pupil was Uday Saddam Hussein, son of the future President. Everyone noticed the boys bore an uncanny resemblance to each other.

Whilst Latif was a young army officer fighting in the Iran/Iraq war, he was summoned to a presidential palace and informed by Uday that he wanted Latif to become his 'fidai' or body-double.

After a spell of imprisonment and threats to his family, Latif was forced to agree. He underwent cosmetic surgery to look even more like Uday and was trained to act like him in every way.

Latif was so psychologically disturbed at losing his own identity and by the role he was forced to play he even tried to commit suicide.

He survived eleven assassination attempts and was wounded nine times by bullets meant to assassinate Uday.

When Uday also shot him in a fit of temper, Latif fled Iraq helped by the CIA.

The CIA was grateful for Latif's insight into the regime and wanted him to be their spokesperson on Iraq. But, as his family was still in Iraq, Latif refused and moved to Austria where he hoped to live a peaceful life.

To earn an income, Latif wrote the first version of The Devil's Double revealing his time as Uday's fidai. And exposing the darkest secrets of the Saddam regime to a shocked world.

For refusing to work with them, he was covertly imprisoned for nine months by the CIA and on his release he found a bomb under his car doubtless planted on orders of Uday who was to later murder Latif's father.

For the next few years Latif traveled around Europe, surviving other assassination attempts and trying to live undisturbed under a false identity.

During this time, he amassed a fortune of $??m and lost it all when the woman he fled Iraq with emptied their joint bank account during another period of incarceration. Whilst in London in the 1990's, he was offered money and a British passport by the Saudi's if he would murder a man he had befriended who was a Saudi dissident. Also a Saudi Princess with whom he had an affair, was beheaded when she returned to Saudi Arabia to seek a divorce.

Latif eventually moved to Ireland where, after run-ins with the IRA and drug-dealers, he found himself living as a beggar on the street.

This is where he met his X-wife Karen who helped him rebuild his life.
He has written three books serializing his life. ' The Devil's Double' on which the feature film is based, ' The Black Hole' which relates his time pressurized by the CIA and on the run through Europe and 'Forty Shades of Conspiracy' which tells of his years in Ireland and how he was continually victimized and denied Irish citizenship despite having an Irish wife and child.

He has also written a fourth book 'The Hangman of Abu Grahib' published in 2016.

If we can get to $1.5 million from generous pledging Patreon’s we will have a 5 episodeTV Series The Hangman of Abu GhraibThe money raised will allow these options to be finalised.Be Part of our TV Series and team.

Recent posts by The Hangman of Abu Ghraib