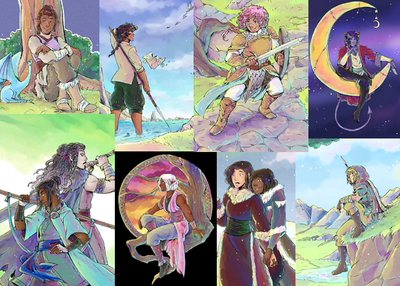 Thank You wallpaper!
$1
per month

Thank you so much for your support! 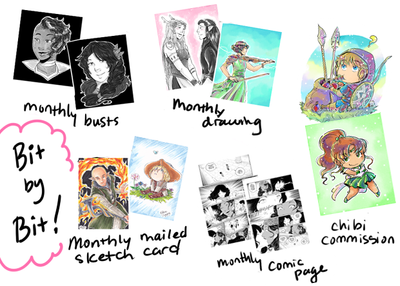 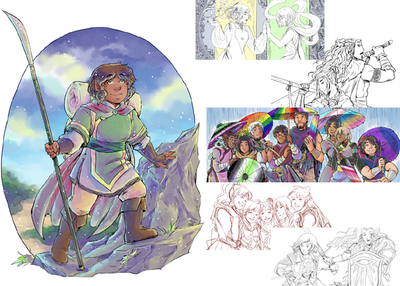 Hey there!
So, I'm Elaine (or TriaElf9 online) and I'm a comic artist living in Japan. I've been doing web comics since 2005, and through my love of creating, fell into making this my job. My works
My main comic is a queer high fantasy comic, Pathways: Chronicles of Tuvana. I also make a loyal adaptation of the Peter Pan novel, Princess Retribution which has been revamped and published through Scout Comics as Princess Revolution, Wayfarer of Vyrandel, and Bellanaris a completed Dragon Age fan comic. This Patreon also keeps my autobiographical comic about living in Japan, Tales of a Gaijin, going. On the side, I do gag strips, illustrations, and other fun things. I also dabble in fanart, which varies depending on what things I like, so you will see those comics and illustrations posted here as well. My works can be found on a few sites: How Patreon figures in
All of my comics are offered online for free, and that's not going to change. However, most of my time is spent doing comics, and like most living beings, I need to eat, pay rent, and feed my cats and my spouse ^_- The more that comes from the patreon, the less time I spend doing side jobs and the more time I can devote to comics for you all to enjoy! How does Patreon work?
For those of you who are new to Patreon, it's a pretty cool system! As a patron of my comics, you'll pay monthly. This means, if you choose the $3 dollar reward, for example, you will only pay 3 dollars a month. Plus, you'll get the rewards that come with that level! You can also set a limit on how much you want to pay, which makes sure you don't go over budget for the month/year, which is especially important if you're pledging to multiple Patreons. Rewards
While the pledges are going towards the comics and the like, there are also some extra little rewards to spice things up a bit! Plus some big stuff too, for those of you who want something fancy. And if you're a patron, you get heads up on all kickstarters I do, early views of art I do for them, plus a bonus reward just for patrons! ^_^ Also, each April all patrons AND followers will be eligible for a chance to get one of two Thank you Sketch Boards!

Here are some examples of rewards you could get!
As the commission rewards are on a cycle, you must be pledging at the start of the cycle and the end of the cycle to receive your commission ^_^
Here's the new reward system broken down:

Wallpapers (for all patrons!): 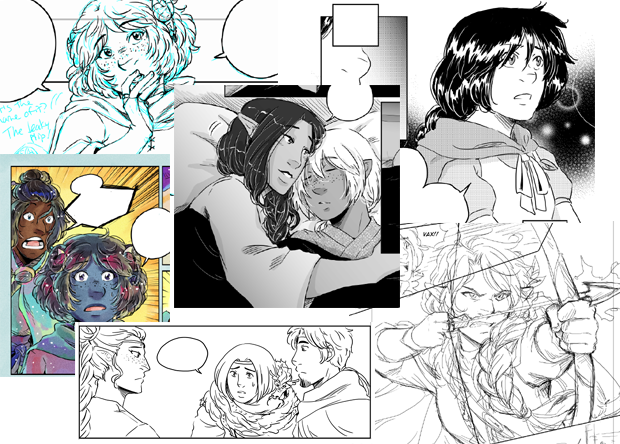 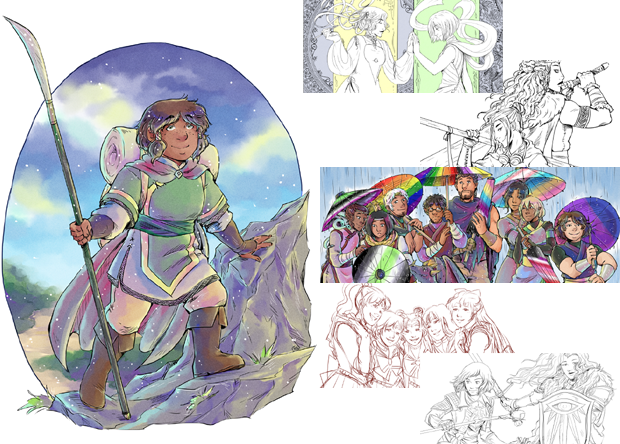 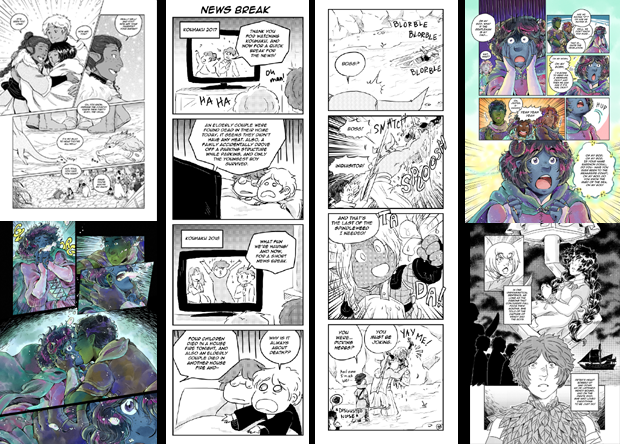 How to Comics: Tips & Tricks! 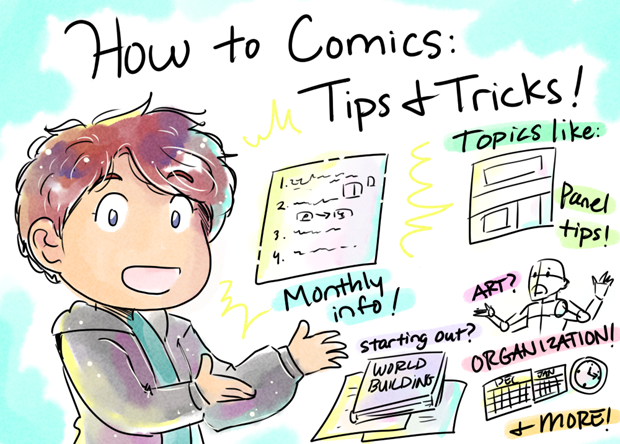 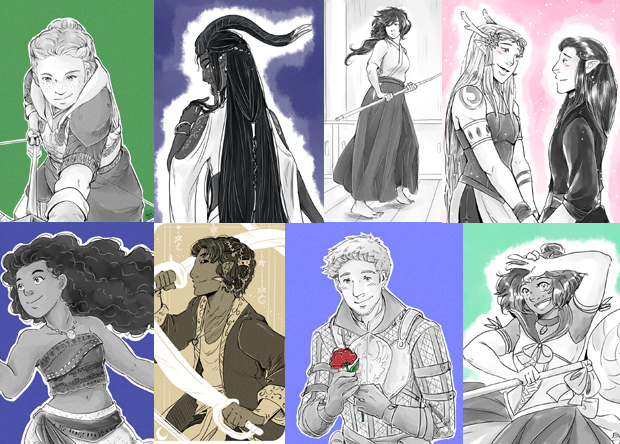 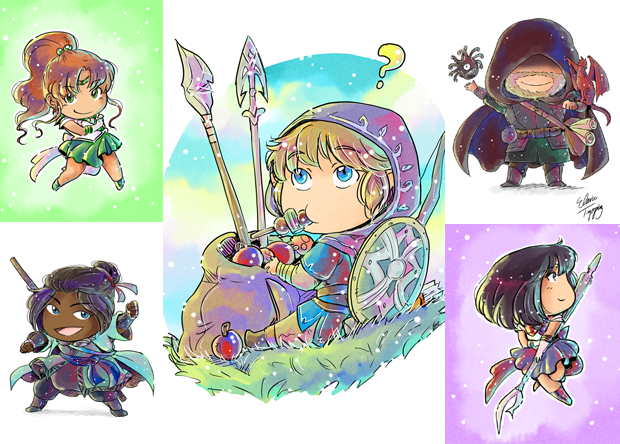 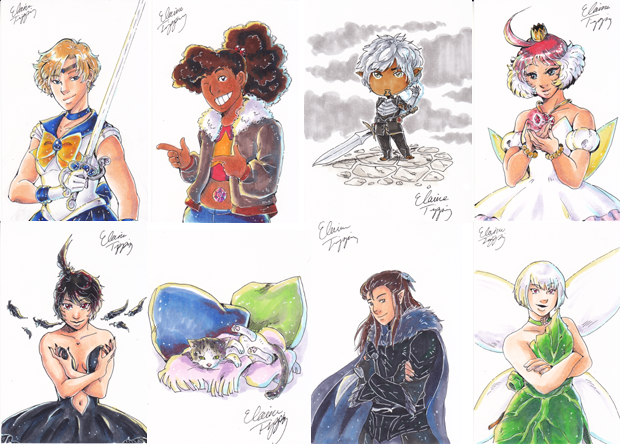 How to Comics: Deep Dive! 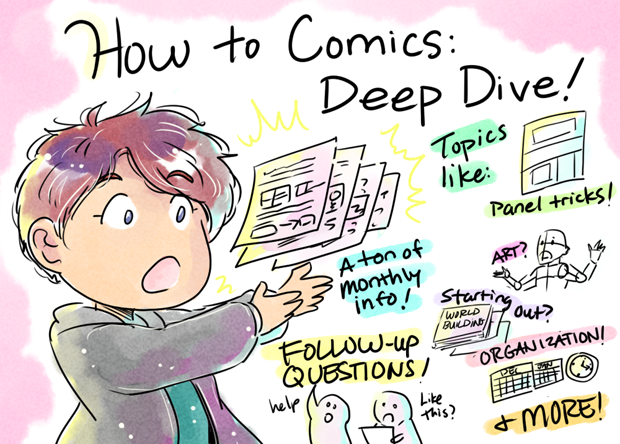 $1,277 of $1,500 per month
This is the minimum amount I would need each month to cover bills, rent, food and so on, and make enough to contribute to supporting my family, especially with the little one on the way. This will cover the loss of the teaching job, allow my wife to stay home a bit more with the kiddo, and mean I could focus entirely on my current comics for you all, without taking on any side jobs.
7 of 8