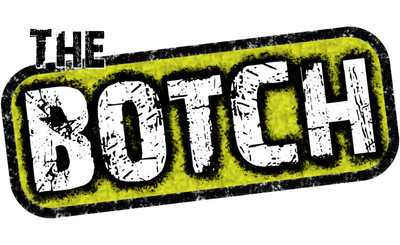 $1
per creation
Join
Support the show no matter if it's free! Get credited in an episode of Wrestling Dumb Shitz and become a 'Botch Hall Of Fame' Member. (It's a good thing) Also get it sent to you before it goes public.

NOTE: You will be charged twice a week every Wed and Fri when a new episodes of WDS and WUM are uploaded. ($8 a month).

WHAT IS WRESTLING DUMB SHITZ?
Wrestling Dumb Shitz is a weekly botch series on YouTube that is based around when a wrestler mess-ups on a move or stumbles over his or her words during a promo, which is called a botch. It's like a fail compilation video but features only wrestlers.

WHY THE WEIRD NAME? WHAT DOES IT MEAN?
The name is only to stand-out and amusement of wrestling fans, some love it - some hate it. Plus, it matches the series. Yeah it's not PC friendly but people know the name now and would be silly to change it now.

SO YOU WANT US TO PAY PER EPISODE?
No. You will Never have to pay for Wrestling Dumb Shitz episodes! Unless you want to help keep this show continue, but you don't have to.

WILL THERE BE OTHER SHOWS ON HERE?
Actually yes! I will have other shows that Patrons will get. Wrestling Unfiltered Moments - An adult series that is uncensored wrestling content from the attitude era! Featuring bikini contests, nip-slips and too hot for YouTube moments that WWE won't show anymore all in HD.

IF I PAID WHAT WILL I GET? HOW WOULD I GET IT?
Patreon has an awesome platform where fans can support the creators. The videos will be sent to you! You can send me questions, Get Wrestling Unfiltered Moments (Weekly) series that YouTube wont allow because it features Bikini contests, nip-slips and risky content WWE wants to hide behind. You also get to vote on Polls, and advertise your brand on my shows etc..

WHAT DO I GET IF I'M A FREE USER?
You get Wrestling Dumb Shitz episodes and W.U.M episodes. Yes, it's free. You can choose to support the show anyway you like! Just remember I don't need money - Just a better way to present the show to my fans.

- The content is free and helps me continue making the shows you like. It's your choice to support and you will be rewarded with the tier.

0 of 1000 patrons
Once I reach this many Patrons, I'm break down and finally make a website. If I don't ever reach it, than it's not important enough to waste time and money on.
1 of 1