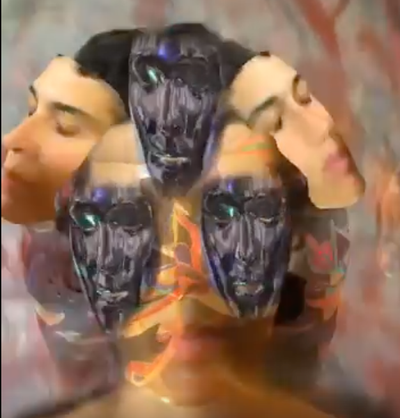 If you wanted to send me a lil thank you for the AR filters on Insta in the shape of some sustenance, this is a cute tier to get into.

If every person that follows an AR filter creator gave them 1$ a month, creators would be having a healthy wholesome life and making more fun and insightful filters for everyone to have.

.*Filter creators don't get any monetisation from the platform which disseminates the filters, so any coin works as an incentive and  helps support us and keep us creative <3

If you wanted to send me a lil thank you and a push for more AR filters happening on @aevtarperform, sending me a little coffee to keep me focused is a sweet incentive.

*Filter creators don't get any monetisation from the platform which disseminates the filters, so any coin works as an incentive and  helps support us and keep us creative <3 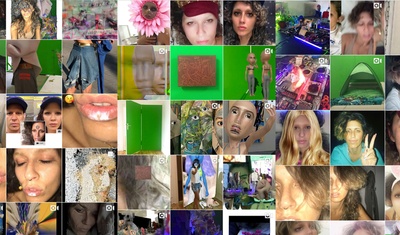 If you wanted to send me a lil thank you and support to keep me going with my research and deprogramming processes through social sculpture on #aevtardeprogram through @aevtarperform, sending me a little snack to keep my brain active  is very helpful.

*Content disseminators don't get any monetisation from the platform which disseminates the content, so any coin works as an incentive and  helps support us and keep us creative <3

I’ve been for many years dedicated to the concern of identity formation, deconstruction,
perception and the role of language and aesthetics in relation to identity conceptualisation/
perception and how it operates in the brain-mind. I am particularly concerned with the times we
are living now, of hyper proliferation of (mis)information, imagery as is, of self, and others. There is a ground instability set into presence that has been affecting all our knowns in terms of our understanding of “reality”, be it to the self or social or even physical.

The advancement of IoT, AR, VR and the introduction of XR and 5G, added to the development
of artificial intelligence and machine learning brings a an exponential expansion of possibilities
of being and experimenting within our understood reality, as well as a myriad of questions and
existential problems.

Many of our current structural societal maladies are affected and affecting this feedback loop in
our everyday life as well as in out minds eye. Structural issues appear to be be in a tug of war
between hyper-potentialization and its dissolution by collective effort facilitated by online
engagement in nano political organisation.

Perhaps because I’ve been assigned female at birth, identify as non-binary, and come from a
conservative working class family in South America, more specifically Brazil, life itself pushes me to examine the structures that uphold societal imbalance and search for the cogs and screws of what has been preventing our mirror neutrons to come into action and our sensitive presence, which enables us to be emphatic beings, to be switched off.

I’ve had a career in music with four albums released, I’ve toured the world and my life has an
enormous internet detritus from previous perceived and lived identities. That gave me a unique
experience as a researcher when it comes to observe the affects of being a public person with
fragments of identity dropped online as , often times misguided, breadcrumbs to follow.

Practically, to further explore how as an artist I could put my research into immediate
nanopolitical service all the while the research fulfils itself, I decided to my personal internet
breadcrumbs to good use and started a (non)performance conduct project on instagram named
@aevtarperform. The project brought me way more insight and tools for social sculpture than I
ever expected.

In this project, with the knowledge of being all I’ve cite above, as well as being in a 41 year old
body in an exercise of self-enquiry, and with a following in the thousands from touring musician days, I activated my social media profile consciously and placed “this self” in a conduct of non performing. Posting insta stories as philosophical insight happens, in shared knowledge as conversation happens, in an exercise of inner meditation of when to post according to a feeling, in analysing will, motivation the role of the ego, unlike the
careful curation that most people do in their social media accounts.
Over exposure of uncurated behaviour for auto-iconoclasm, identity pulverization of matter, aevtar for observed reflection in identification, shared critical thinking exercises and so on.
That is but one layer of aevtarperform/aevtardeprogram project.

More recently I started making actual tools for the “viewer” to use and be visible as non-binary
people, for example, by way of an Instagram disseminated AR filters.
These AR filters are effective art pieces in terms of giving agency to the viewer as well as
mapping aesthetics and visibility of a particular queer demographic.

This project has been going on since January 2017 and I’ve been saving all footage and theory from it in order to organize it as a PhD as well as I wish to format this information and experience into a platform of full accessibility in non-linear critical thinking, and disseminating alternative epistemologies to approach the body and identity using tech metaphors as well as self-inquiry exercises.

This body of thought is already being shared not only online but as I’m already being invited to
speak in panels, symposiums and give performance lectures and workshops on the subject of
#aevtardeprogramming in institutions and art schools. To have me give a deprogramming and/or debinarizing session please email me.

$20 of $1,500 per month
Regardless of the goal, I'm gathering research and tools for a platform where you can access all of the thought production and deprograming strategies devised and shared through @aevtarperform on stories, highlights and IGTV.

Achieving a goal of 1500 a month I'll be able to focus solely on this project. This will take some time and i'll need to hire peers to code the platform and it's very exciting.
I want this to be a place for further collective self-study and exchange so that we can continue finding ways to go beyond form with each other, to be present, to develop radical empathy and move forward together aware and liberated from all of the programming we have undergone whilst being socialised.
it's time to push the shift.

Every little helps keep this research going, so I'm profoundly thankful, for the energy, for the questions sent via DMs that make me grow and whatever financial support that may come available via this platform.