is creating Life on the Ocean Waves 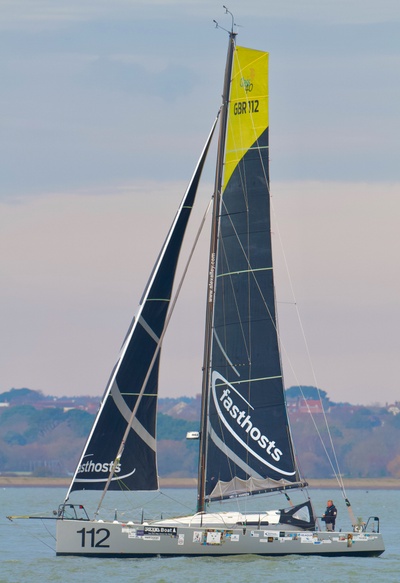 Special discounted tier for the first 5 patrons to sign up and get access to all the footage.

Get all the videos

This is the beginning of my Patreon adventure.

So this is for exclusive early access to my video blogs on the PixelBoat solo non-stop around the world record attempt and also on the rebuild of the amazing 90' Oyster - Champagne Hippy - and our preparations, sail trials and entry in the ARC rally and racing across the Atlantic.

Joining this tier also means that I can get to my drone quicker and get even better footage.

Join me to get access to exclusive videos on my solo non-stop around the world record and the rebuild of the 90' Oyster yacht Champagne Hippy. I will be uploading videos when I can on the rebuild and sailing of Champagne Hippy as well as unique footage of my SOLO Round the World Record attempt and the Southern Ocean.
For the equivalent of just one cup of coffee each month you will get to see the videos before anyone else and follow the story as it happens with exclusive content just for Patrons - just think of it as you buying me a cup of coffee each month in return for me showing you all my videos!

The Champagne Hippy story
On New Years Eve 2018 I set off from Northern France to try and break a solo non-stop around the world record in my 40' race yacht 'Pixel Flyer'. After 75 days and over 14,000 miles alone at sea I had a problem with the rigging and I was forced to stop in Australia and abandon the record attempt therefore failing to add to the two world records already under my belt.
Since returning to the UK in March 2019 I somehow become involved in the rebuild of a famous Oyster yacht - Oyster 825-02. This boat was launched in 2014 under the name Polina Star III. With a new style of construction for Oyster things were not right from the start and one year later the keel failed and the boat sank off the coast of Alicante. The £5m yacht sat on the bottom for 12 weeks before being salvaged.
Now owned by 4 brothers from Essex, this is the story of the complete rebuild of the boat from the keel up (there really was nothing left of the interior).

We now have the job of turning this... I am involved in the rebuild of the boat, specifying the equipment onboard and overseeing the sailing systems. We will then race the boat across the Atlantic in the ARC rally from Las Palmas in the Canaries to St Lucia in the Caribbean, starting on 24th November 2019.
I aim to upload the rebuild videos (I will also include some videos of the solo RTW record so you get a feel for what it is like to be alone at sea in the Southern Ocean!!)