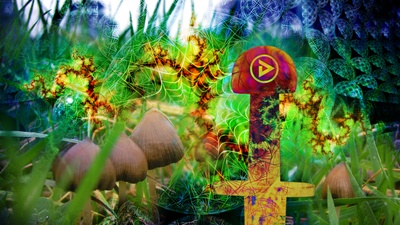 $1
per month
Join
As my patreon you will support my craft and ensure that i can continue to produce even more music.

I have been making psychedelic trance music for many years under the name Alrune, but with Patreon and crowdfunding i actually see a chance for me to make a living of my music.
Lately i have been working mostly on the Audhumbla project but i have so much unreleased music i want to share, both old and new.

I started making electronic music in early 90' when i got an 8-bit sampler for 9my Amiga computer. Primarily playing around with Hip-Hop in the beginning but after a few years I heard my first track with psychedelic trance, and fell in love with the sound and vibes.
In 98' I moved to Aarhus and found the psytribe. I have released tracks on different labels as Gi'wa Productions and Parvati Records. In 2012 my friends and i (Jahbo and B8st) released the Abrahadabra album on Parvati records. The last four years i have mainly been working on the Audhumbla project with Sara.

I make psychedelic trance because it works, its a tool for the mind, a new form for spiritual path but it needs to be perfected via digital alchemy.

This is a Hat!

Please support me if u can:)