is creating Between the Realms
Select a membership level 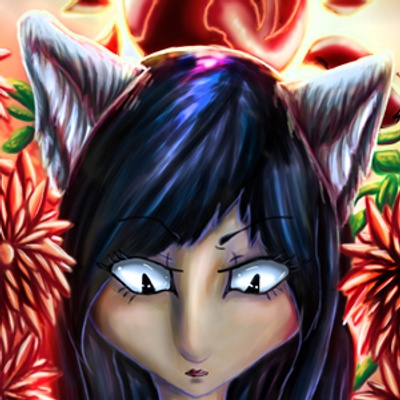 Pledge $1 or more per month
$1
per month
You will have my utmost gratitude, love, and respect. You have no idea how far just this little bit goes. Thank you! 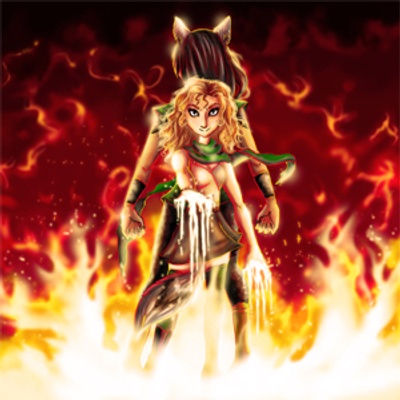 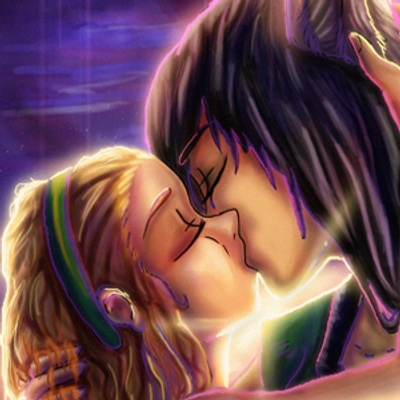 WHAT IS ALL THIS ABOUT? WHERE AM I?!

Welcome! You're on my webcomic's Patreon Page, silly! :P

Between the Realms is about Saedie, who thought she was having a really bad night, until a strange woman who calls herself Amirah suddenly appears. Whisking Saedie away to a parallel dimension, Saedie learns of an entirely new world, a place where humans don’t exist. This world is called Trea'h, a breathtaking realm of beauty and equally fatal among some of the inhabitants. Along the way, Saedie finds love, uncovers secrets long buried in blood, and what it truly means to make the ultimate sacrifice.


The comic is fully colored webcomic, updated once a week. It can be read for FREE on  Tapastic and Tumblr.

Between the Realms is romance/fantasy. Our two heroines are Saedie Connolly and Amirah Ula, who develop a romantic relationship. Although this is classified as a "Girls Love" comic, it is not smut. It focuses on the dilemmas of our two protagonists as they overcome their tragic fate and other obstacles as well as falling deeply in love along the way. 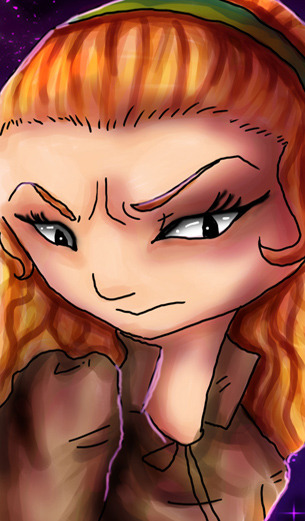 3
Species: Human
Occupation: Unemployed
Dropping out of high school to provide for her neglectful father, Saedie was forced to learn about the stress of adulthood at a young age. She never had many friends and was spurned by those close to her that it left her reserved. Hating the feeling of weak, Saedie isn’t one to run from an obstacle and will voice her sharp tongue til the bitter end. Despite the tough life she’s led, Saedie’s ready to open up more and has been smiling more these days… 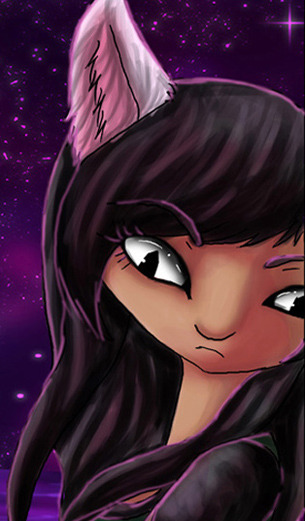 Hiya!  I'm Alethea Van Holland (aka Wolven-Sister), the creator/writer/illustrator for the comic. I've been making sequential art, illustrations, and designs for 5+ years professionally. I've worked alongside numerous publishers, agencies, companies, indie film and game studios, just to name some of my credentials. In my free time, I enjoy reading, hiking, herbalism, rock/gemstone hunting, and being the neighborhood witch. That, and coffee -- loooots of coffee! 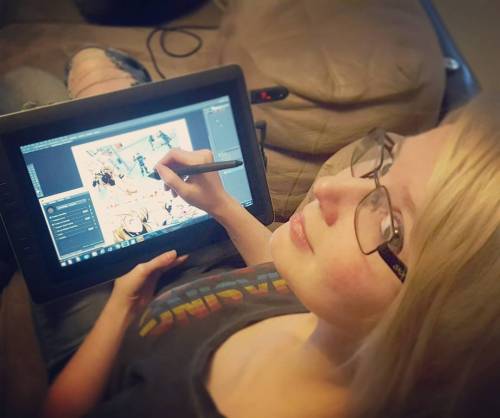 If you would like to support Between the Realms, all you need to do is click on "Become a Patron" at the top. You'll be charged automatically and you can set your pledge amount to whatever you want. You can cancel at any time, there is no obligation. Regardless if this Patreon is a success or not, my comic will always be available to read for free for you to enjoy <3

$6 of $10 per month
We reached our first milestone! HUZZAH'S ARE IN ORDER!