is creating music connecting the past and and the future 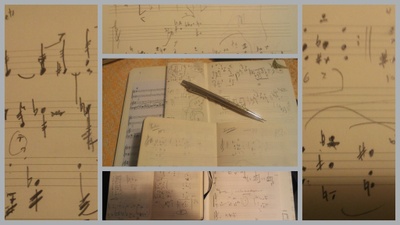 $5
per month
Join
This tier supports the publication, distribution, archiving and creation of my work.  As a patron at this level you will receive: 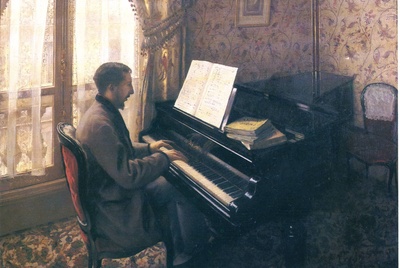 $15
per month
Join
This tier of support will help underwrite planned workshops for young composers that I am planning for the coming year, allowing for students outside the university system have access to my collaborators, and move from the mere idea of being a musicion to the beautiful challenge of completing works.
Your participation in this tier will allow me to provide partial (or even full)  scholarships to students, expanding access and allowing students to focus on the art they will make in the future rather than the challenges of the present.

In addition the benefits of the first tier, you will also be able to particpate in the workshops by attending the virtual performances, and by interacting with the guest artists, and even sitting in on our seminars, bringing you into this community of music making.
Medici
Limited (19 remaining) 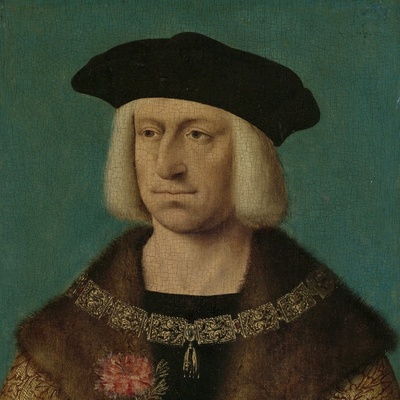 $25
per month
Join
Members at this level receive all the benefits of 'Vesci l'ordinance', but also in benefits associated with the commissioning a new work from Douglas.  Members of this 'commissioning circle) will be thanked with
This tier will support several upcoming pieces, including Ars Poetica for counter)induction and Marlanda Dekine, From Scriptorium for Byrne:Kozar:Duo, and new works from A Book of Etudes.

If you are visiting this site, you because you know my music, and share my values of collaboration, community, and the power of  music that challenging assumptions while connecting to its heritage.
The very idea of a season seems a relic of the past, but one can still talk of the future: an early October premiere of a new work for violinist Airi Yoshioka at in Washington DC, the first of four soggetto cavatos I've written in the last six months; a November premiere of a work for saxophone and piano for Molly Orlando and Jeremy Koch, as well as online performances and interviews, and the release of my music on two CDs; counter)induction's Against Method, and The Hunt by Night, my second portrait CD on New Focus, and will feature performances by Ieva Jokubaviciute and Schuyler Slack, Trio Cavatina, and counter)induction
And more things are coming: recordings and videos of etudes for solo piano solo cello and solo clarinet, the second Partito for guitar, a new work for byrne:kozar, the visionary duo for trumpet and soprano, Ars Poetica, a work for counter)induction and poet Marlanda Dekine-Sapient Soul. and a new work for 4 guitars for the Nuntempe Ensemble of Buenos Aires. I will also be expanding my private studio through a series of composition workshops, connecting these leading artists of the day to students from around the country.
By becoming a patron, you contribute to the creation of this music, but also directly support my collaborators, in their performance and recording of the music, and their partnership in transforming potential into something real and providing scholarships for students who would not have access to these artists otherwise.
This Patreon interface allows you to support me and my workat the level comfortable for you—and for that generous support you'll get regular announcements about upcoming events, access to live and studio performances and videos of my music, access digital scores and my writings on the pieces, and receive links to recordings of me talking about the pieces and their creation with friends and collaborators, and becoming part of creative projects as supporters, partner, commissioners, and partners.
Welcome, and looking forward to sharing with the results of your support.