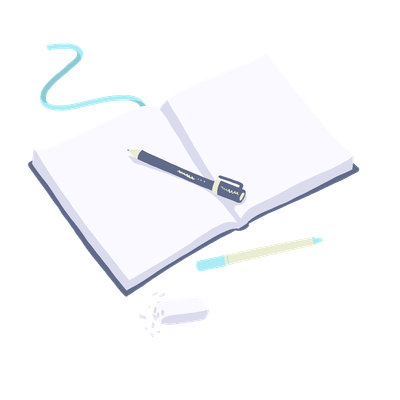 $1
per month
Join
For the price of a questionably edible knock-off chocolate bar, you get access to sketchbook work I don't make public! I'll be posting process work, sketches/doodles, ideas that went nowhere, and sneaky looks at final images before the rest of the world sees them. You'll also get the warm fuzzy feeling of helping a mom with very limited work hours and childcare problems make time to make things that then get shown to you.

Hey you! Hi! I'm Britt Wilson, an illustrator, cartoonist and letterer, living in Toronto with my husband, kindergartener, two cats and way too many houseplants.

In my career thus far I've dabbled quite a bit. I've done a little magazine editorial work, appearing in Bloomberg Businessweek on a few occasions and other smaller publications and I've illustrated a handful of book and comic covers. My expressive lettering work for the 6 issue mini-series Fionna and Cake (Boom! Studios) was nominated for a Harvey and Eisner award. I've also released three of my own graphic novels, Cat Dad, King of the Goblins, and Ghost Queen with Koyama Press, and Britt Wilson's Greatest Book on Earth with Conundrum (which you may purchase HERE and HERE) and numerous self-printed mini comics over the years.

For years I went without drawing or doodling in my sketchbook for anything that wasn't client related. I'm hoping with your help, I can change that and establish a healthy sketchbook practice again. I've also been messing around with ceramics and you'll be giving me the chance to play and think and plan out new products before they ever hit my shop.

So what can you look forward to if you become a patron? Check out the rewards over there -->
But I'll also outline them here:

Sketchbook and Early Shop Access
Since you're helping me make time to draw in it, it seems only fair that I give you a peek inside. I'll try to get over my aversion to showing ugly sketches, it's all worthwhile, and maybe it will be helpful to someone else struggling with perfection in their own sketchbook practice.

On top of that, I've taken on a new endeavour, CERAMICS. I know, I know, everyone and their Grandma is taking a throwing or hand building class, I get it. But the moment my hands formed that first little pinch pot, I was a goner. I'm determined to make ceramics my main source of income in 2020 and in return for your support you'll get early access to every planned shop update with a password just for you, and sometimes a discount code too! My first few shop updates sold out within a day, so this really does up your chances of getting the thing you may have had your eye on. I'll also be posting WIPS, process posts and other fun stuff so you can see my thought process as I test potential new products.