is creating tasty comics about friendship, noodles and being idiots

- Previews of upcoming comics as I work on them

- Your name in all my new comic books

- An exclusive new comic every month, available only through Patreon!

- Free downloads of all my newly-released digital comic books, in easy to use DRM-free PDF format!


Plus everything in the $2 tier:


- Access to the supporter-only activity stream.
- Early access to every new Rose & Dahlia comic
- Previews of upcoming comics as I work on them
- The latest news
- Your name in all my new comic books
- An exclusive new comic every month, available only through Patreon!

All You Can Eat! 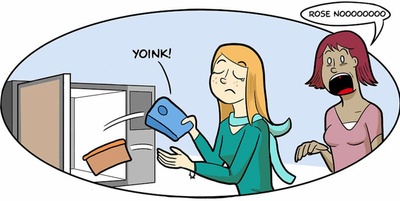 - Advance copies of all my printed comic books, shipped free to your door!

Plus everything you get in the $5 tier:

- Previews of upcoming comics as I work on them

- Your name in all my new comic books

- An exclusive new comic every month, available only through Patreon!

- Free downloads of all my newly-released digital comic books

- Guest appearances by you in future comics

Hello! My goal is to make more Rose & Dahlia comics for you to enjoy, and I use your pledges and support to do just that!

Your support on Patreon means I can spend less time doing non-comics work and more time writing, drawing and publishing Rose & Dahlia for everyone to read! 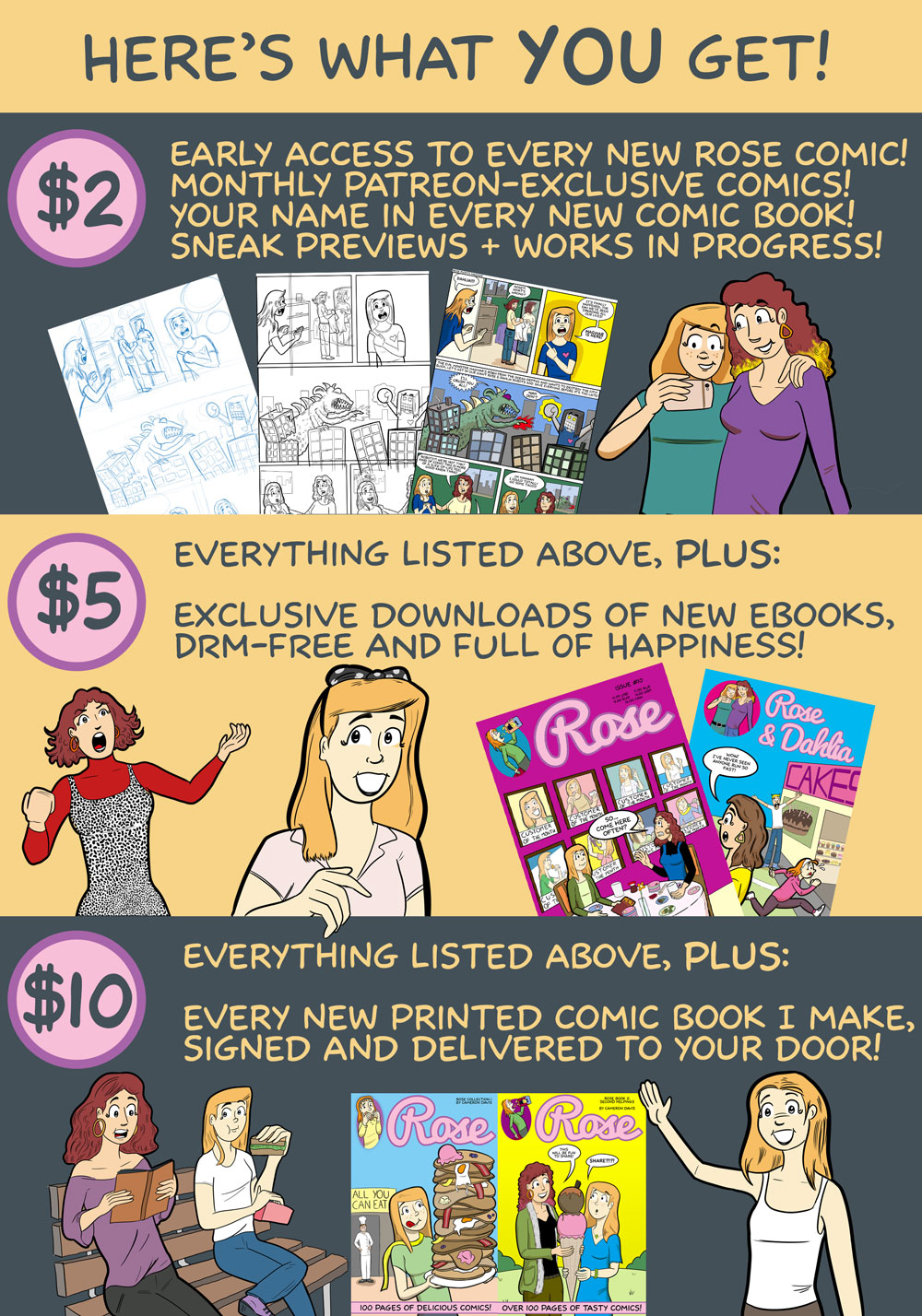 Rose is about a girl who loves food, her family, food, her friends, food, animals, food and FOOD! I love making this comic more than anything else I've made in...oh, pretty much ever. She loves her life (tho sometimes questions it), she loves the world around her (though isn't always sure of her place in it), and she loves her food... I mean, she really loves her food. It’s a fun, family friendly, female positive and often hilarious comic that I’ve been making since 2015.

Patreon supporters will get lots of nice extra bonuses like sketches, work in progress images, videos of my drawing and even monthly bonus comics! There's also reward tiers where you get my print and digital comics before anyone else, or get yourself in the comic with a guest appearance!

Rose is a comic strip about family. A family who love her dearly even though she drives them mad: 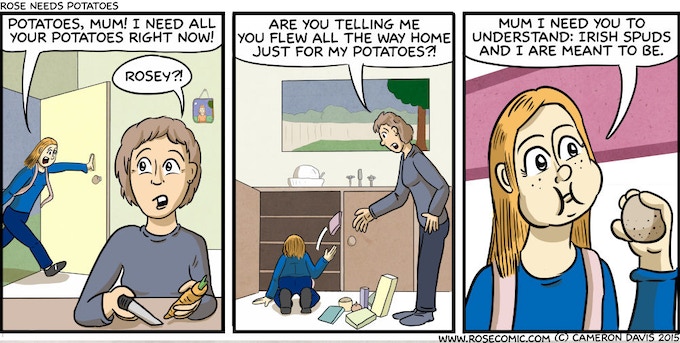 There's also her friends, who, like Rose, are still trying to figure out just how to "adult": And there's her boss, who...well he's not really sure why he hired her most days: People seem to like her and her silly adventures, online (you can read many of her comics at the Rose website) or in print comic format! I have just finished issue ten and am already hard at work on issue eleven, due out soon! Thank you for reading this! Let's feed that poor starving Rose, she looks like she hasn't eaten in minutes!