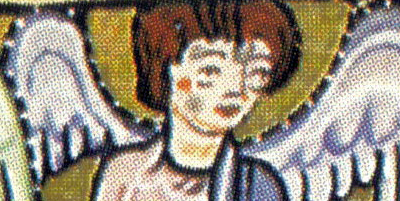 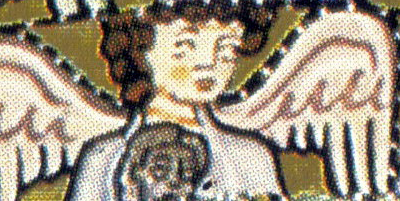 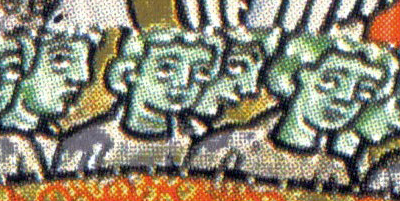 I recently had a sabbatical year in which I did a fair amount of “church hopping” — visiting a different church every week. One of the things that I noticed was that there was almost no music by women: occasionally I might encounter some Judith Bingham or Judith Weir at a cathedral service, but the frequency of music composed by women, and acknowledged as such, tended to be less than one piece a month. This is a sorry state of affairs, but I honestly believe it’s more the result of disorganisation than malice. People choose the music that’s already in their libraries, they choose the music that fits the lectionary they follow, they choose the music that worked in their context three years or six years ago. This is not because they’re trying to exclude anyone who isn’t a dead white man, but because doing anything else is extra work.

It doesn’t have to be this way.

St Cecilia was given in marriage to a young man, Valerian; but she had taken a vow of virginity. So on her wedding night she told her pagan husband that she was defended by an angel who would guard her purity. The next details are… fuzzy, but Cecilia kept her virginity, Valerian converted to Christianity, and so did his brother Tibertius. Eventually both brothers were martyred; Cecilia continued to make conversions by her preaching, and the authorities wanted her to shut up.

Cecilia was sentenced to death by suffocation in the baths, but reportedly, after a day and a night locked in the bathhouse with the fires being stoked vigorously, she didn’t even sweat. So they tried to behead her instead, but… it wasn’t possible to decapitate her. She kept preaching — and, I like to think, singing — for three days before finally dying from her wounds.

Traditionally Cecilia is the patron saint of music because she was “singing to God in her heart” at her wedding, but I think there is something more in the story than that: it shows the mission of God being more important, and more enduring, than worldly fashions or patriarchal duties or just the inertia of complying with the established order of things.

So here is what I do: I read the lectionary. I find music composed by people who aren't men that's relevant to the lectionary, and I make recommendations based on that. Some of the recommendations are for hymns; others are for anthems, or Mass settings, or other liturgical music. And every week that I do this I make a blog post about it over at Cecilia's List so other people can refer to it.

That's all well and good, but a post that goes up on Thursday isn't much help for people who are planning worship a few months or even a year in advance! I did have a little experiment with advance music recommendation sheets, but what I found is that if I didn't know whether people would buy them, it was hard to keep ahead of myself: in addition to curating and maintaining Cecilia's List, I'm also a composer myself, currently a PhD candidate, and involved in the music at my church and in two other choirs. A steady income, even if it's small, will help me do so much more with Cecilia's List.

So please, if you can, choose one of the subscription tiers, and get ready to sing like nobody is cutting your head off.

0 of 25 patrons
When I reach 25 patrons, I'll remove the limit on the Archangels level and start offering music recommendations three months in advance.
1 of 4
How it works