Crime Code // is a combination of a criminal adventure and a detective simulator with sharp plot twists and vivid characters. A young detective investigates complicated cases, bringing to light terrible secrets of the city dwellers.

Gameplay
* Examine the crime scene, question the witnesses and the suspects. Collect and compare the information you got when talking, surfing the Internet, analyzing the clues or even reading newspapers.
* Cooperate with other police officers. Give orders and communicate to track down the betrayer.
* Work out individual conversational tactics. A panic monger could be threatened, while others can be offered a deal or caught red-handed when lying.
* Work at the computer. Search The Internet and databases, hack accounts and servers with the help of social engineering.
* Making difficult decisions. Is it alright to break the law to catch a dangerous maniac? What are you going to say to a criminal holding a child at gunpoint? 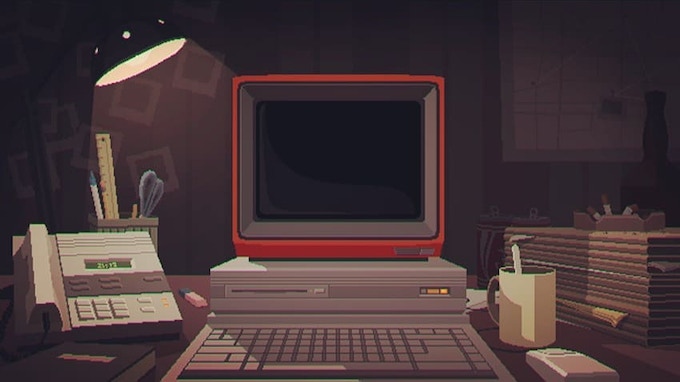 A story takes place in the 1970s in an alternative New Chicago, the first Internet city, where all services, facilities and lives of citizens are now fully functioning as parts of a global network.
Thus, he the one who controls the network controls the whole city. 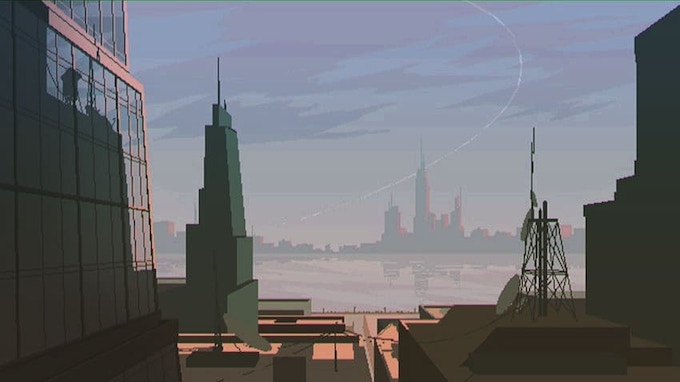 There are 4 main organizations in the city:

City Hall // The head of the city, the mayor, tries to control the Network. Although taxes imposed on the network are profitable for the budget, some crooked politicians always want more.

Links Corporation // The founder of the company and the main/major idealist in the world wanted to see the city fully connected to the network, so that each system works as efficiently as possible.

Organized Сrime // It is gradually trying to integrate its shadow business into the underground Dark Net network, with their black markets, killers’ portal, and parking garage with stolen cars.

Stars // A small organization of hackers, that the same as Links, strives to expand the network. Hackers also want to gain a total control of the network.

A cynical ambitious detective Martin Gray arrives in New Chicago in the midst of the Mayor election.
Martin investigates any case that he is on easily. His secret is computer hacking skills that give him access to information that helps greatly to scrutinize all cases.

Martin has got the passion for computers from a family friend, Stephen Adams, the founder of the Links Corporation, who decided to become a new mayor of the city.

Stephen wanted to change this city, make technology work for the good of people. Therefore, he began to run for the City Hall. But during the election he is found shot in his office.
This is the first move in a bloody game where the whole city is at stake. 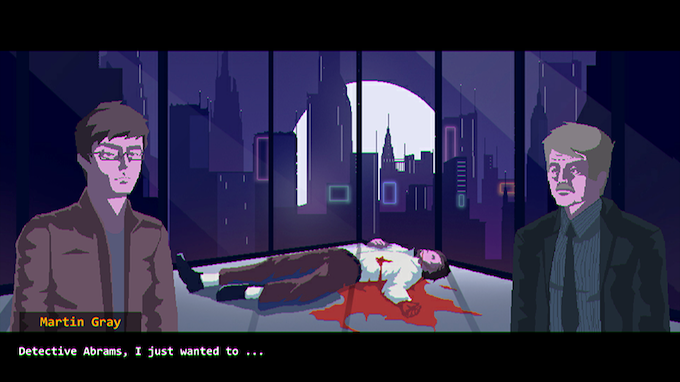 Martin decides to find the murderer of the friend of his family. 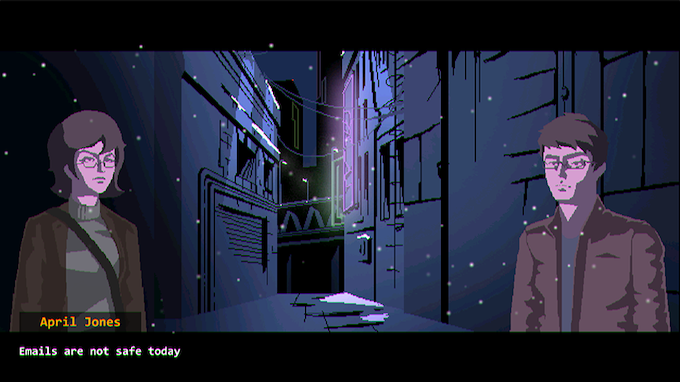 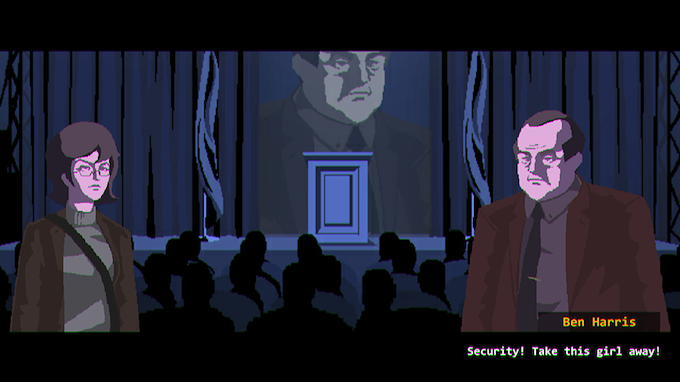 With each new investigation, Martin reveals step by step the true face of the city.

...Someone is wallowed in the filth of sins...

...And someone is ready for everything, for the sake of power.

Search // It will be necessary to think carefully where to find particular pieces of information; how to interrogate someone and what methods to use. Searching databases, letters, personal computers, information matching are an integral part of any detective’s work. 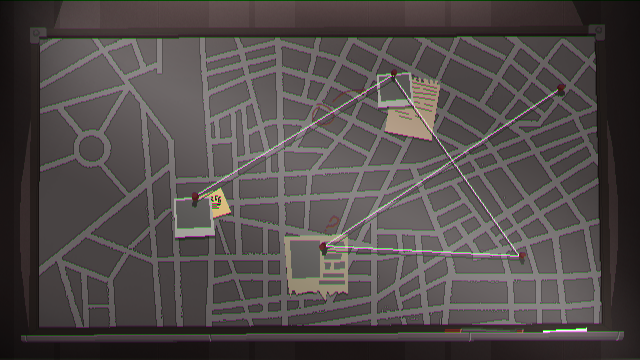 The map allows you to navigate the city better

Your rules // Criminals do not obey the law - they are always one step ahead of justice. Therefore, a detective with skills of a hacker has an ace up his sleeve.

Difficult choice // The law is not always fair. Sometimes a good man can be a defendant. For example, the father of a family who stole money for his daughter's surgery. Sometimes you have to choose how to deal with the attacker and hope that you have made the right choice. 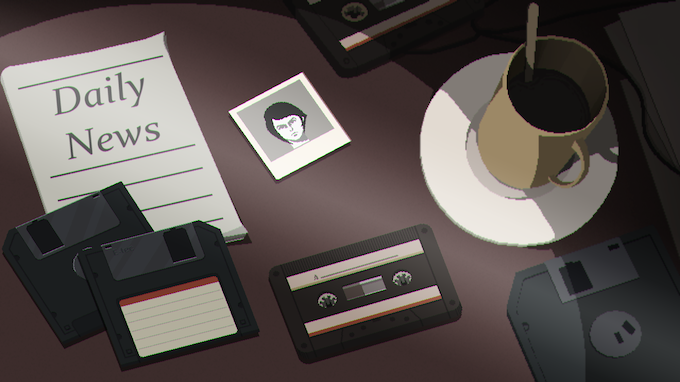 Only news about serial killer’s atrocities can wake you up better than a strong hot cup of coffee in the morning.

At the crime scene, one must be extremely careful not to miss any important evidence.

You can collect useful information regarding the current case in the investigation’s folder.

In the notebook you can conveniently collect personal information on people involved in the case. To bring a suspect to justice, you need to know the motives and check an alibi.
Also, based on these data, you can effectively evaluate the strategy of hacking the computer of a specific victim.

After the Internet revolution in 1975, the life of New Chicago began mostly to be based mostly on the network.

Paper letters are replaced by e-mail, news can now be read not only on paper, but also you can play in the casino and video games with your friends without even leaving your home. 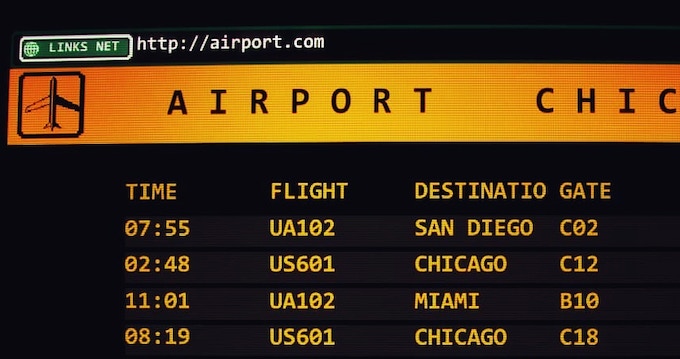 On the network there are many websites with useful databases. For example, in the database of the airport you can find where someone has recently flown to.
Moreover, plenty of city’s services moved quickly to the network. Now you can easily and quickly call a doctor, book a room in a hotel, buy a plane ticket or find a job, and even your soul mate.
Therefore, people who have a key to any lock - become a serious danger for the city.
<figure>

Psychology and Social Engineering
The game has a psychological approach to hacking. We don’t hack a computer only, we break through a man’s desires and fears. For hacking you will have to use the user's personal data, which you will need to get somehow. 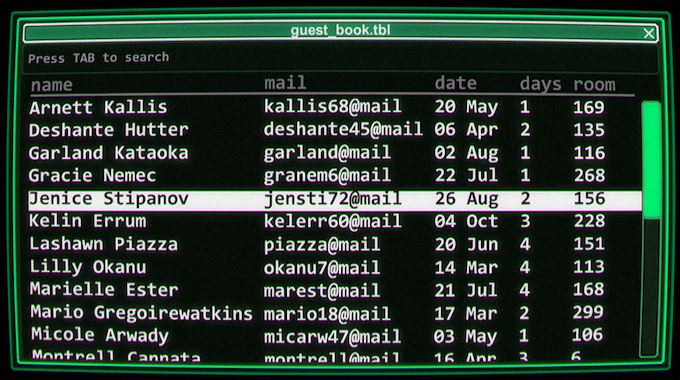 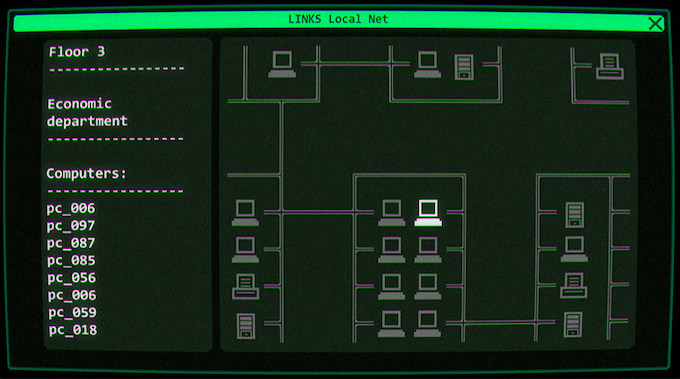 Almost every major institution has its own private network, which is difficult to get through. However, the more valuable the information is, the stronger it is protected.
Special programs allow you to explore a local network inside a building, to hack into individual computers and to control various building systems through terminals.
Options for hacking social networks:

Game in the Game

Small game "Dark Forest" is an important part of the plot. 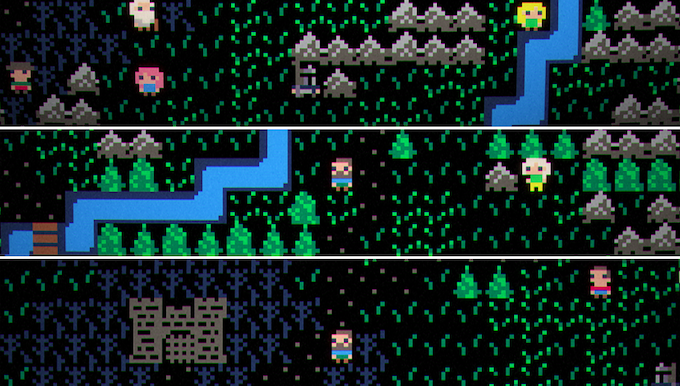 From the brochure:
"Dark Forest is a unique video game where you can become a real hero in shining armor and fight against dragons together with friends of yours, explore dungeons and share treasures. It's not just a game - it's a whole world where you’re able not only to communicate with other players, but also carry out quests together, gathering in the guild. The main goal of the game is to find and save the Princess in the Dark Forest. Be the first to play the game!" 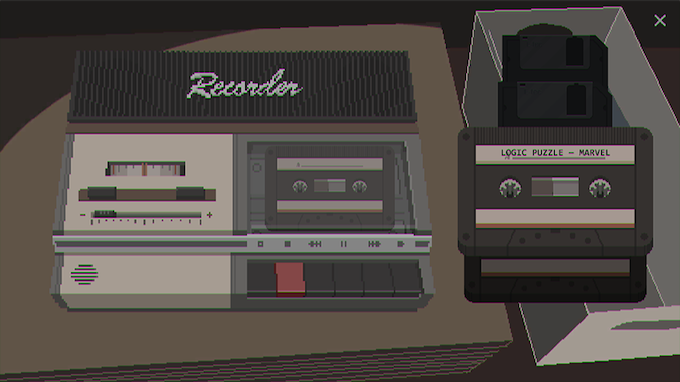 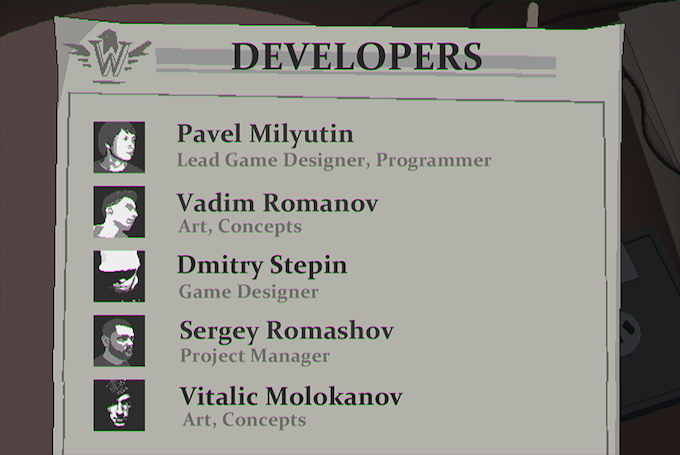 We are a small team that wants to bring something unique to this world.
How it works