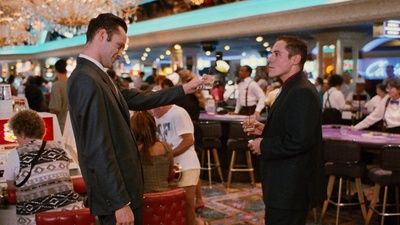 Let's face it:  we all roll the blanks.  But don't let that get you down.  Turn those blanks into some sweet damage by becoming an official Reroller!

The only thing I love more than Star Wars Destiny is podcasting - so even just one dollar helps me not go in debt doing it.  Your support means so much to me!

What do you get for just one dollar?

Please note:  alt-art rewards are not permitted... and we don't want to be rule breakers!

Ooooh - I see.  You want to get in on some sweet Destiny action, don't you.

What do you get as an official member of the Reroller's Club?

Become a fully-fledged member of the Discard to Reroll community.  You get some great stuff as part of this tier including a D2R playmat after 3 months of membership.

Please note: alt-art cards are not permitted - we don't want to be rule breakers after all!

Along with the above you also get the following rewards from the other tiers:

Discard to Reroll is a podcast about a little dice and card game we like to call Star Wars Destiny.  D2R is a part of the Double Blanks Gaming Family - I'm proud to be connected with this fantastic game and community.

Here's a sample of our first episode which premiered on Thanksgiving, November 24, 2017.


When you sign-up to be a patron you'll get some very exclusive community rewards.  You'l get a feed that is patron-only.  This includes a monthly patron-only stream, access to the raw cuts of each show, extra episodes, and more.

I've included a video of my Empire at War box opening just so you know who you are listening to each month.  Thanks for your support and may all of your re-rolls be special ones!

The boring stuff:  If you want to learn more about me, read on.  Otherwise - pick your tier and let's go!

About "Mr. Chip":
Some have called me a podcasting pioneer - I think that is a nice way of them telling me that I am old. My first podcast, The GamingNoise (1999-2006), was truly one of the very first online radio shows (podcasting wasn't even a term when we started) and had thousands of listeners with loads of advertisers and a positive community. Our most recent podcast, Making Dad with Chip and Zach (2015-2016), took off like a rocket - being featured on iTunes within the first 2 months of release, and, ultimately landing us a contract with CBS Radio's Play.it Podcast Network. Our advertisers included Samsung, Mack Weldon, Volkswagen, Home Depot, and many, many, more.