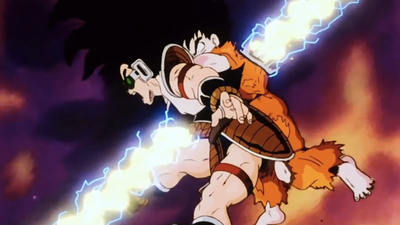 Hey! I will try to make it clear and short. When I was 9 it was the first time I ever seen Dragonball Z in Hungary.. until episode 125 when it got banned. Country wise there was an uproar, but nothing helped. It stayed banned forever.

So when my family moved to germany around when I was 11 I think I heard that Dragonball Z will be coming to the tv. I saved up all my money and bought video cassettes every single fucking week. I never missed even 1 episode and I had a well though out plan (at least for an 11 year old). I wanted to record every episode the first time it ever aires, because I always believed there might be no second one and if I had a son. I wanted to watch it with him..

Well it didn't got banned. I was wrong there were plenty of airings of Dragonball Z, however it got cut. Throughout the years I always knew that there is an uncut version.. since it was the biggest project of my childhood, but whenever I looked for it wanting to buy it on dvd or whatever or download it on torrent all I ever found was the cut version which destroys the experience for me.

But I always knew I have around 200 untitled VHS tapes under my bed.. it's all there. I moved not so long ago.. I'm 32 right now and one of these days I looked through some of it and luckily while looking through..maybe the third cassette I found what was the first cassette I ever recorded almost 20 years ago.. 27. August 2001 on RTL II. And I thought.. this is the time to do it.

It will be immense work I have a lot of things to do and I still have to justify to myself, my family and my girlfriend why I would spend so much time on a project like this.. but it's a labor of love and I hope you can support me doing it, so I can share it with all of you.

0 of 40 patrons
I plan to digitalise all my old german uncut Dragonball Z videos, take the digital version of the sound and synch it to the HD video version, recreating the perfect version of the old uncut Dragonball we used to see.. I have over 200 video cassettes and all of them untitled. The one thing for sure I've recorded all the episodes, when I was 11. So here we go my first project is getting the Raditz Saga done. I would highly appreciate each help so I can justify to my girlfriend and my family why I'm spending so much of my time on a project like this.. :D Thank you to each of you!