is creating animated maps for tabletop RPG and miniature games

Thank you for visiting this page.
My dream was to  bring gaming maps to life since I first used my TV as a gaming table in a Dungeons and Dragons adventure.

Me and my friends really enjoy playing these "living maps", thanks to which the water flows, the fog wreaths, and the flickering flames of the campfire illuminate the swaying trees of the forest in our encounter scenes.

Each one of my maps is a looping HD/UHD video (and still images for online platforms), a carefully designed action scene not to affect the story of a roleplaying game. In addition to the wonderful live fantasy environment, each motion map features well-composed ambient sounds, creating a perfect atmosphere for you to take your imagination to the next level.

Check out my  ARCHIVE CATALOG 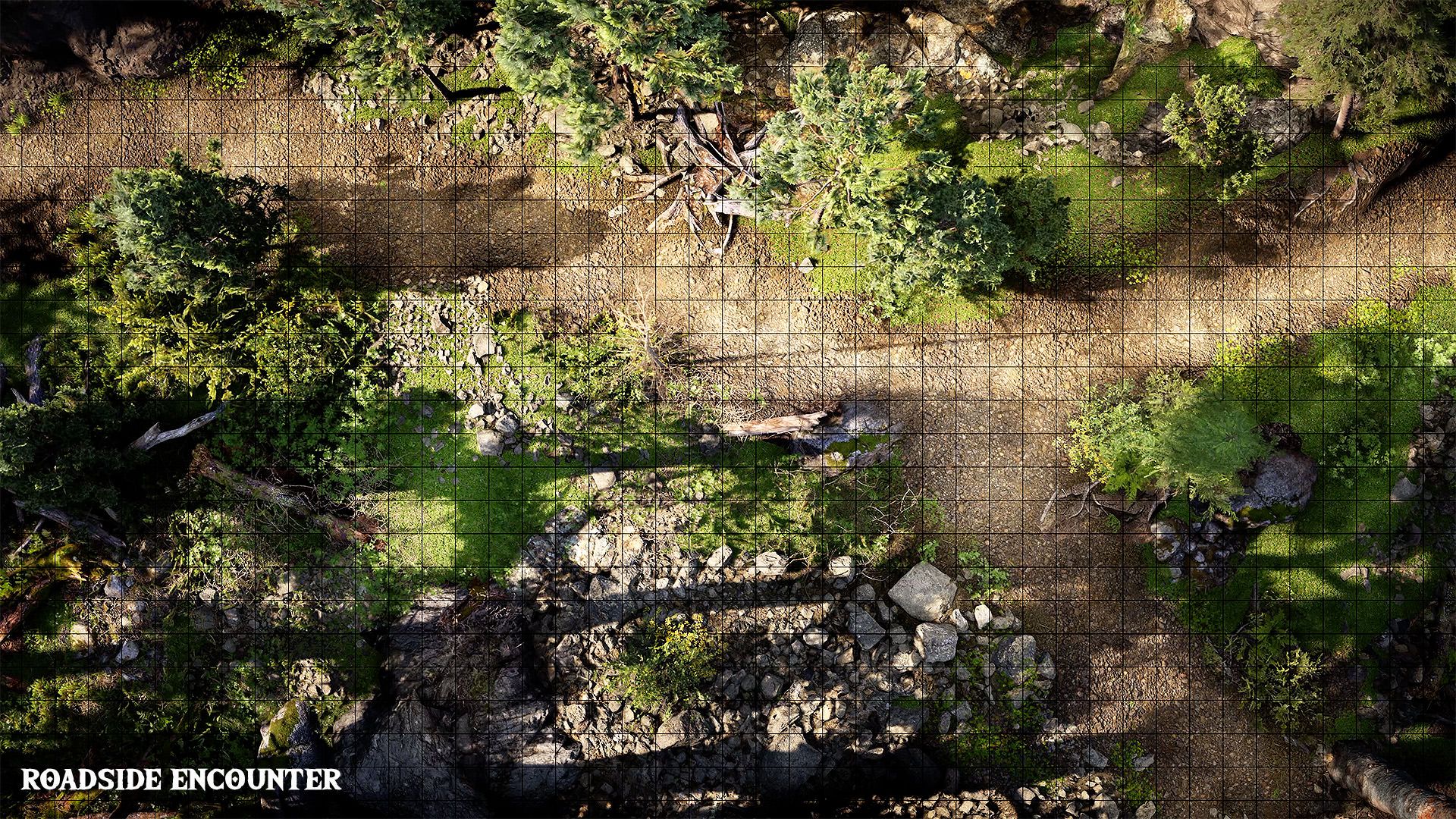 I'll continue creating and releasing 2-3 animated map packs (including statics) monthly, a Wilderness, an Underdark or a Cave encounter scene, dungeon rooms, chambers, and corridors, even free fan content for popular, official WOTC modules. Thanks to the support of my generous patrons, now I work on Dynamic Dungeons full time, creating at least three motion map packs every month.

How does it work?

If you click "become a patron", you immediately get access to all previous rewards for free and be able to choose a donation tier for the future releases. I currently have tiers ranging from $1, $2 all the way up to $5, most of which have rewards like HD video files and high quality still images. You can cancel or adjust your patronage at any time.
The number of map packs I publish in the month determines how much you contribute.
For example, if you pledge $3 per map pack and that month I publish 3 rewards, you'll contribute $9 for that month. If I fail to release maps, you will not be billed.
An example: In 2018 February I released 3 rewards. Even if the rewards (packs) contained more maps, like night versions, or alternate versions, patrons were charged only once per reward.
I released the 'Dungeon of Skulls' which contained 5 maps + 5 others with torches for Chaotic Good patrons but all of it was released as one reward (in several posts), only $5 was charged total for this theme, not for every single map in this package. (Usually, a reward comes in four posts, but it doesn't mean you'd be charged more times.)
Then I released the village also for $5 even if it contained the night versions and the day and night version of the outer walls.
The last reward of the month was the airship (day and night versions, with a ballon and magical propulsion) and the maps in this reward also cost 5$ total.
I also posted free giveaways, so a chaotic good patron in that month was charged only $15 for more than 16 maps. During the first year, I released several modular dungeon packs, sometimes more than 10 maps in each pack for the price of one reward, so a Chaotic Good Patron was charged for $15 and received more than 25 map variations. Check out the rewards from the beginning in the  Archive. 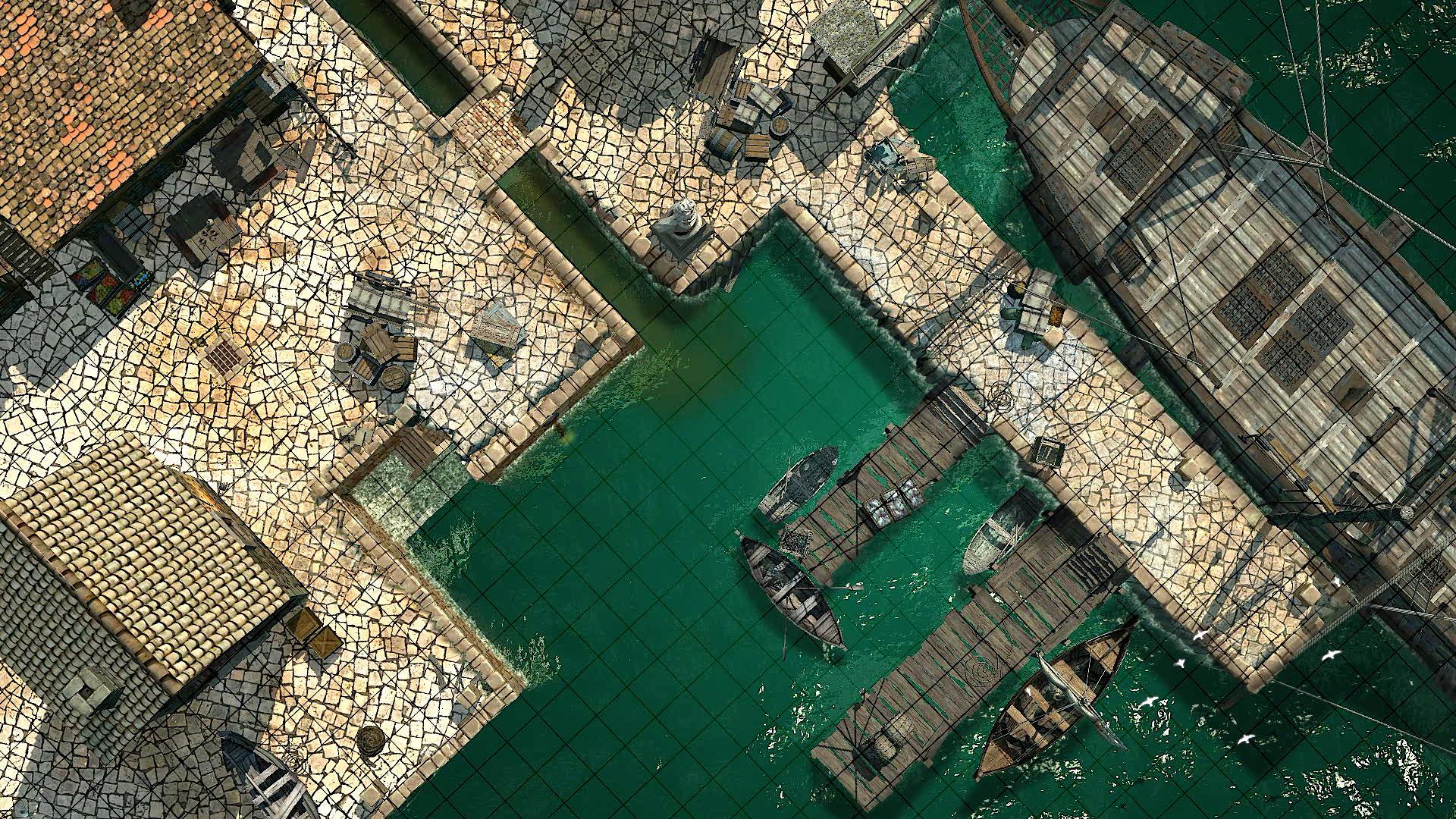 If you're concerned about going over your budget, you can easily set a monthly contribution limit when you're entering your payment info. That way there are no surprises at the end of the month.
For example, you can pledge $5 per release and get access to the rewards at that tier, but cap your monthly contribution limit to $10, thus supporting 2 releases that month. Patrons without a cap will get extra discounts for my products and special rewards.  A large part of the money donated to this Patreon goes to supporting this project. (I'll buy new 3d models and plugins to bring you better and better content) 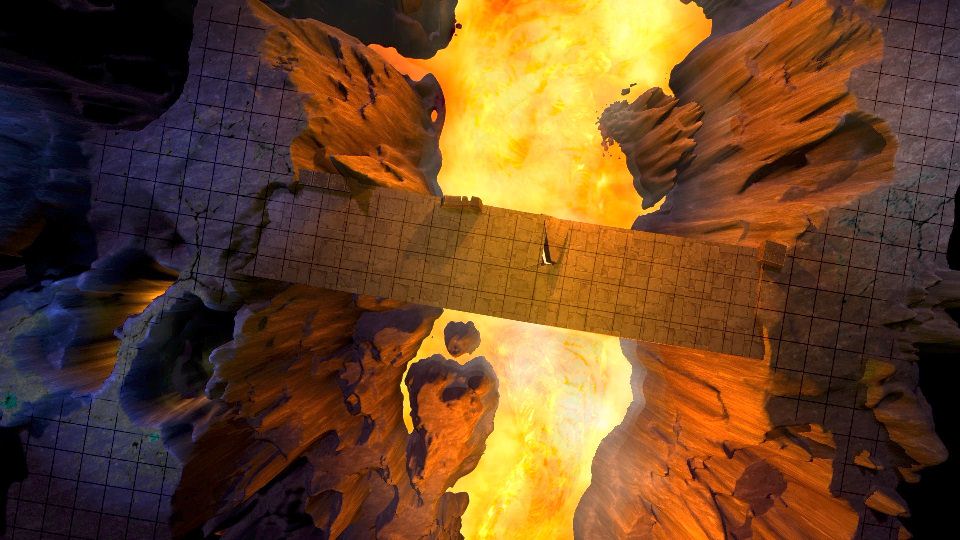 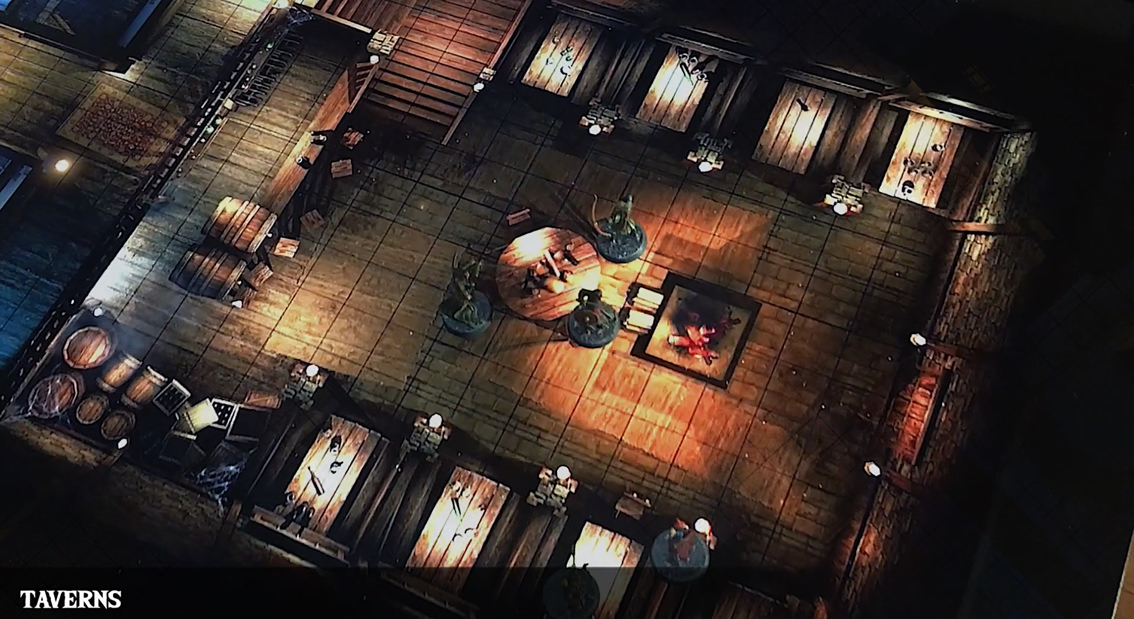 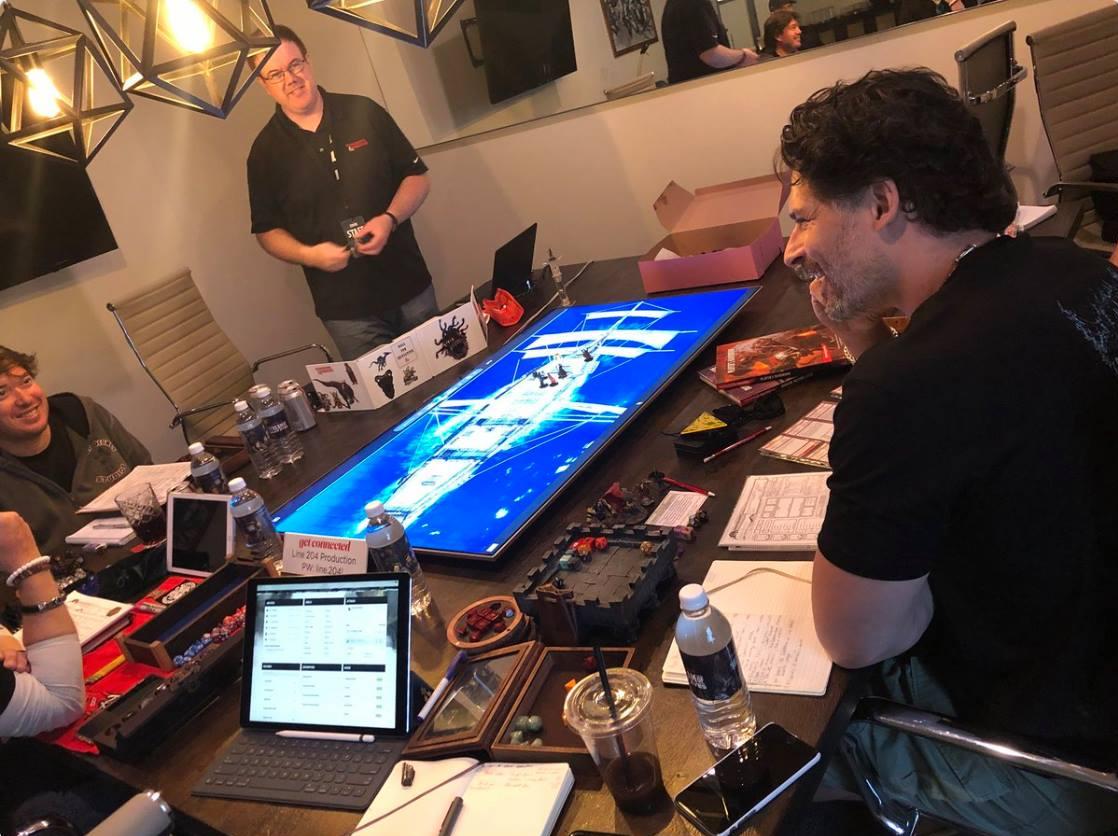 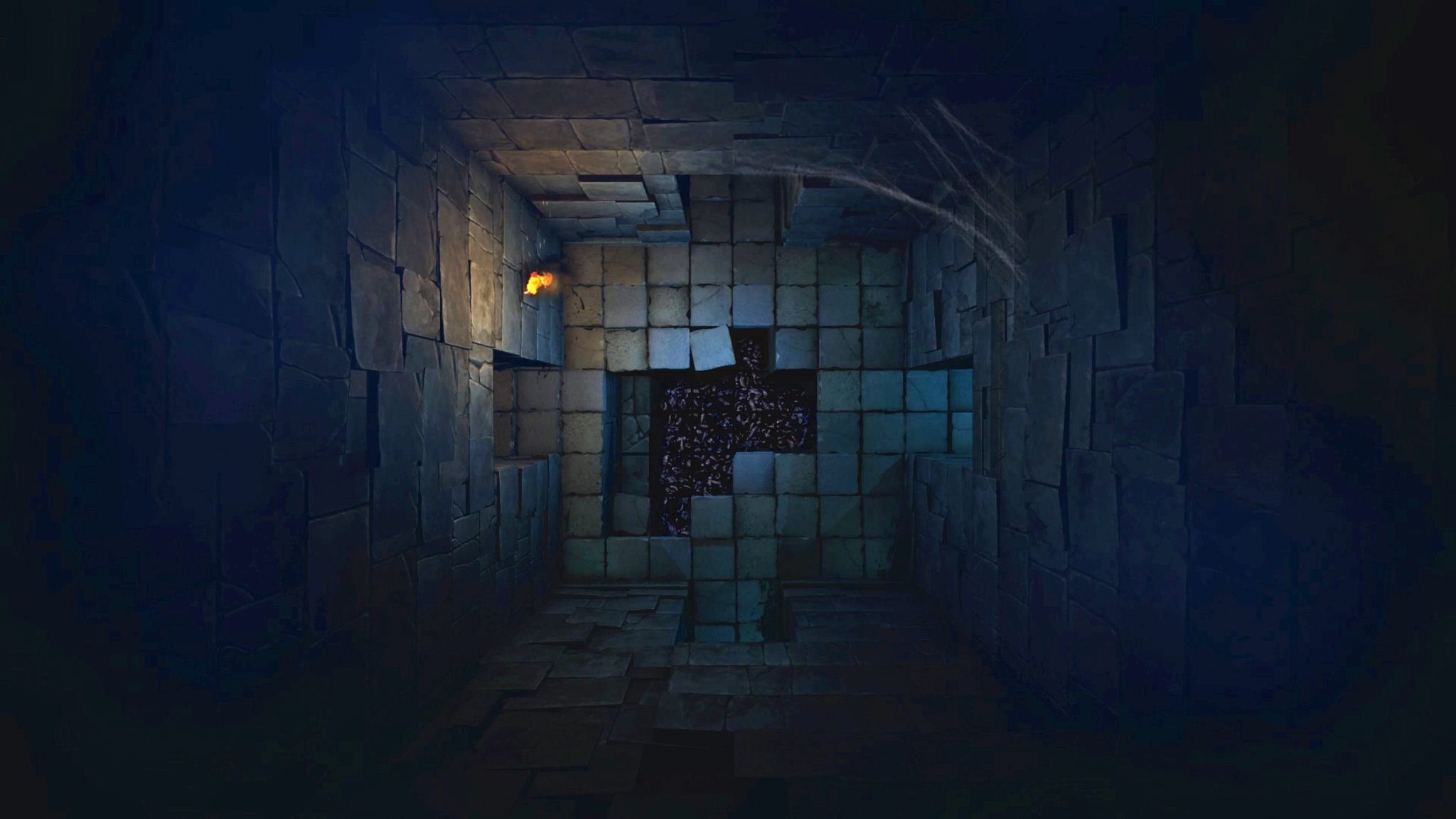 If you become a Patron you help bring the Dynamic Dungeons Modular Editor and Player App to life, which is a unique modular dungeon building system. A demo version is available now fro free.  Also, several modular packs were already released, different themes will come soon.

My name is Tamas, a 3D designer, musician and dungeon master, father of two.
Thank you for noticing and paying attention to my Patreon page! I hope you are inspired by my work and you'll have a lot of good time roleplaying!

How to play on the TV screen with minis?
Playing on the Tv screen is easier than you think. Simply lay flat your TV. You can protect the screen with a cheap plexiglass sheet, and use dry or wet-erase markers on it, so miniatures and dice rolls won't damage the surface of the Tv. You can also project down the video onto a physical table with an HD projector.

How can the grid be displayed precisely as a 1” grid on my setup?
The gridded HD maps are optimized for a 40” Tv, where the size of the squares are exactly 1”. The 4k maps are optimized for a 50”TV.
If you have a smaller or larger screen, I suggest playing the gridless versions of the maps with the  Dynamic Dungeons Editor and Player app where you can set custom hexa and quad grid overlay.

TV or projector?
Although both solutions are possible, TVs are more widespread and it’s what I would recommend as well. Let’s look at the pros and cons of the various forms of display: 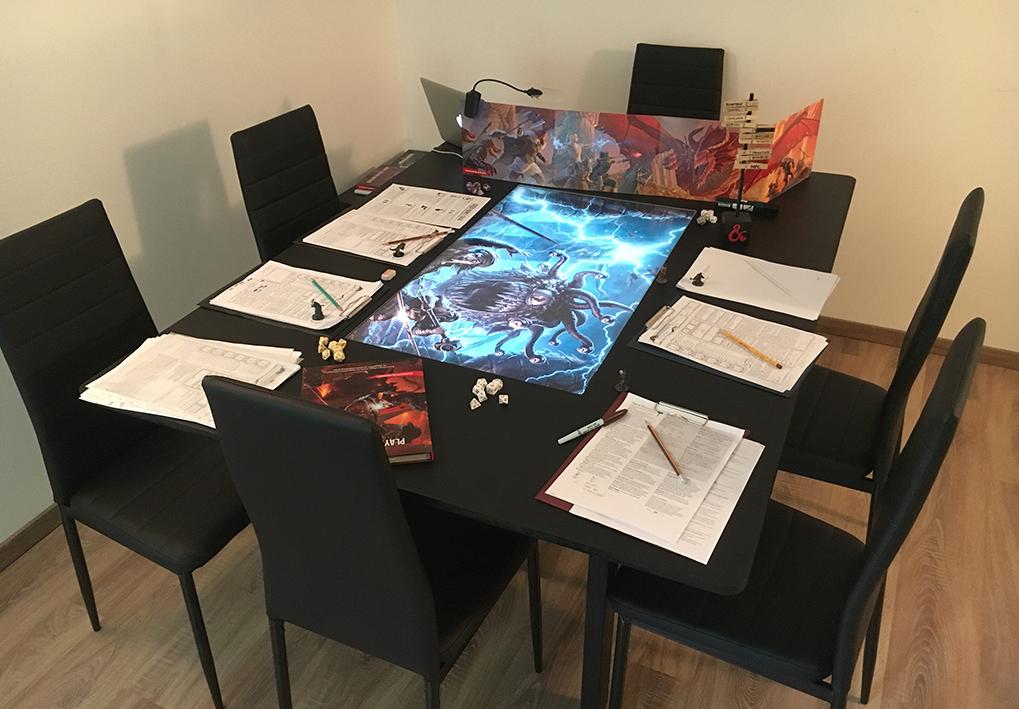 What kind of TV should I use?
A 40” full HD resolution LCD device is a perfect choice. If you are planning to buy a TV for gaming purposes, I recommend choosing a device with HDMI ports on the side and not the back. Avoid using TVs with an installed glass surface significantly distanced from the screen surface. (This was typical of older models. Due to the distance between the glass surface and the screen, you might experience a floating effect when viewing the figures placed on the screen from the side)
A 30” screen is fine, yet it will result in a smaller play surface, and you should consider buying the Dynamic Dungeons Player to apply 1" grid on the video maps.

Will it harm my TV if I lay it down on its back and put miniatures on top of it?
You can use plasma, LCD or Led Tv (which is basically an LCD screen, but with LED backlighting), but which type TV it is doesn’t really matter for this predicament, as no flat screen is filled with floating gasses or millions of drops of anti-gravity techno-color liquids :). Nothing is going to settle at the bottom of your screen no matter how many years it stands on your table or hangs on your wall.
No, it’s not going to harm your TV internally to lay it down.
Special ventilation is only suggested if you have a built-in tv enclosed in the table. How can I play the motion maps?
All media players are suitable, yet I recommend using Quicktime on Mac and Movies & TV app works nicely on Windows. The  Dynamic Dungeons Editor and Player can loop the videos smoothly. Additionally, it offers the advantage of playing videos with quad and hex grids, fog of war settings, tokens, and particle effects.

Am I allowed to use the maps on a roleplaying live stream?
Yes, I'm happy to see my maps in action. Please mention or give credit in the description to Dynamic Dungeons. The preferred citation is the URL to my Patreon page, which is:  https://www.patreon.com/dynamicdungeons

How much does it cost to be a patron per month?
As I usually add three rewards per month, it will cost you 15 dollars a month to be a chaotic good patron. If you feel that’s too much, you can set a limit, e.g. a 10 dollar cap for your support. You can delete your support at any time. Read more about it  here.

Can the maps be purchased separately?
My maps are only available through Patreon for the time being, yet the older maps will soon be available separately and in thematic packs. Chaotic good level supporters can make purchases through the webshop (coming soon) at a 50% discount.

What is a map pack?
A reward consists of more than a single map and instead involves at least two or even more designs. New releases contain a plain version in the style of the motion maps. I make a number of map variations so the scenes could be used in multiple ways. I will strive to provide an increasing amount of content for future rewards.

Can I recommend themes?
Yes, I’m happy to hear your suggestions and I’ll do my best to satisfy the requests that inspire me, yet Patreon is fundamentally a platform of support that puts a great deal of emphasis on creative freedom.

Do you also make maps to order?
That depends on how much time I have left in the month apart from the works through Patreon. Should you have any questions, get in touch through the [email protected] address.