is creating wtf is a founder rate

Limited (20 remaining)
$10
per month
Join
pledge this amount to: 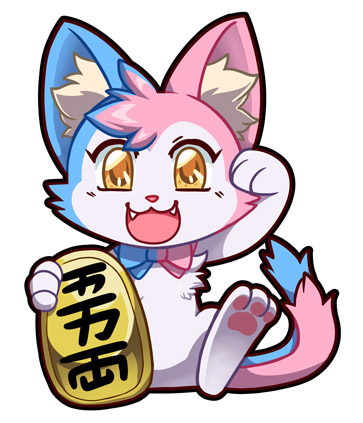 I am a New Zealand-based artist who draws my inspirations from late 90's to early 2000's Japanese Animation and comics, Japanese anthropomorphic art (known as Kemono) and some western anthropomorphic art (Furry). I have been in the business of doing commissions full time since the summer of 2005!

I aspire to make drawing and comic-making my full-time job since work has been hard to come by in little 'ol New Zealand. But at the same time I would like to be able to make pictures for fun rather than work. These pictures are usually studies, caffeinated sketches, fan art, more fan art and interactive pieces like fans asking my characters things and hopefully even animations?

Now why should you pledge? Golly, I don't really know...^^; It's not really that you should, it's that by pledging to me you'd be helping me out in the long run I guess?

Doing freelance work and private commissioned work for a living sounds rad but wouldn't it be radder if I could also do a lot of pieces for fun that I can also share with you guys? By pledging to me you'd essentially pay me for works produced at my natural state! Basically you're paying me to be well.....me through my art?

Of course there are perks!....like i'm still trying to think of ways to reward my patrons other than clinging to their leg and crying.....A lot. You can be included in my caffeinated sketches? I can draw you tiny personalized artworks for subscribing to me?? I would really appreciate input on this if you can tell me what you'd like to see! There's also the good feeling you get for helping your favorite artist out!