is creating Cards for an Ancestral Dream War Game

Cartoon of Kozmos and Quote of Salvo-scope 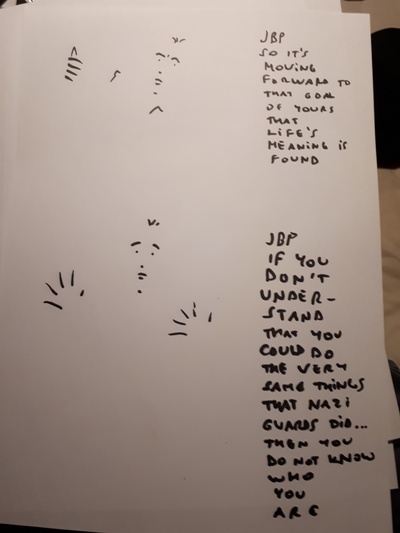 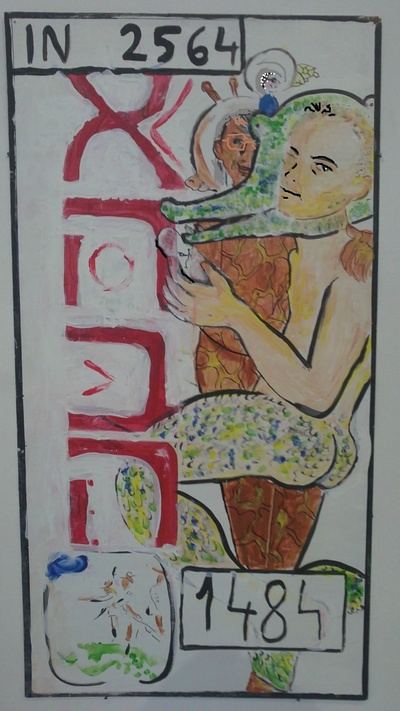 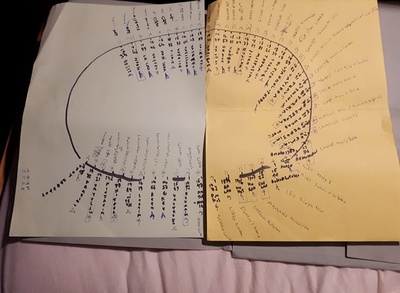 Freud's friend, Karl Mannheim (my Uncle, who was among the founders of UNESCO)  wrote books (see: Wikipedia) in which he claims that in each Century we have 4 Generations with different Attitudes. (The Strauss-Howe Theory of Generations develops his idea today. Like their Reactive - oroginally Fathering - (in the 1800s) and Brothering - Innovation -in the 1700s) and Nurturing - Mothering -  in the 1600s and adaptive-demanding  - Sister-  in the 1500s. They may be coded with simple Cards colours. ) In each Century we have only 4 Family members - but only One is enough in each to represent the recovery process.

So while you meditate and you are listening inside your body  - and then we  are in the ancient Hindu and Buddhist and Zen guru-yoga and guru-mantra tradition. (In Europe we see our King ancestors together with their contemporary Meshiah appearing in that Era - listen to the very disturbed schizoid 1500s King Carlos V of Spain and his sons' relative and enemy, Elisabeth I and James I of England). We may  try to start his dialogue with a descendant relative - who is less disturbed, more Adult due to the Empathy Evolution: the Prussian King Frederic II the Great in the borderline Narcissistic 1700s. So they - the wounded Self 1500s and the mirroring Rigid Parent of the 1700s are both assisted by the Good-Enough Mothering Generation (depressive stance in the 1600s: Queen Christina of Sweden a relative of Frederic) and as a result of this meditative process the Brother (or Recovery) Generation appears as  in the Enlightened 1800s (representant: Empress Sisi, of Austria).

Mannheim (and his friends, my ancestors) used simple Card Games like a patience card game to meditate following the hints of the Inner Family Cards (each number encoding a decade and each card color encoding one of the 4 Centuries). We do not have to know all the data about these Kings as they represent the different psychotic level (expressed by heir horoscope) of the Self States only . They are each of them meeting a Guru - a Messianic Ideal (a Miracle Rabbi or a Saint or and avatar of the Eternal Saviour, - "Jesus" for Christianity-followers and the Emperor of Japan or China or Turkey -  himself.)

So this was an inner Healing process made playful with the Memory Card Game.

SMALL CARD DECK.
PLAYER1 and 2 EACH PULLS A CARD(It can be any Year from 1870-to 1970)
Twenty Years = a Generation.
FAther/Son relation are in a relation with the next generational Twenty Year sas ENEMY GROUPS: RED GROUP
GRANDFATHER and GRANDCHILD relations (age distances – 40 years or more) are Friend Groups: BLUE GROUP
Whenthey pull the next card it is either ENEMY of FRIEND.
If between the two players ONE has a Father/Son Generation and the other has a Grandparent Generation (in relation to each other – the other cards pulled can be used later as Friendly Partners (with heir respecive Ancestoral Dream Cards) or as an Enemy Spy.
Each meaningful CARD PULLED (if the two NAME has a known friendship or JUST ONE YER difference or they are many generations away but we know thy are IDOL RELATIONS – it means 10 POINTS if it isthe SAME GENERATION AS the PLAYER ithas a valueof 30 POINTS.
We only pull until we have ONE FOR US and the Opposite PLAYER (PLAYER 2) has an Enemy (distanced) CARD – from either Generation- it can be Father, Son or Great-Grandfather (like 1870- 1930) or even a greater difference may be pulled but we do need 2 Groups (minimally). ENEMY and FRIEND (RED and BLUE). Of course the 2 Groups maybe played by a solitary player too.
We also must chose the CONFLICT SITE – each Century we have Two Conflict Sites. These are FAmous Assassinations or Suicides. (Difference: 44/45 years)
The LIST of the CONFLICT SITES is: 1889- CROWN PRINCE RUDOLF kills MaryVetsera
1934: Hitler pays terrorists (With the intermediary of Horthy the Hungarian Governor) to kill the Serb King (Alex II) and French Foreign Minister BArthou
1979: Lord Mountbatten (Uncle of Queen Elisabeth II)the Ex-Vice-Roy of India was murdered by IRA through Lybia.

BIG DECK OF CARDS: We are using as our „Armed Forces” the 4 different Century with our Ancestors Names (and their Messianic Rabbi friends who are learning the Bible and inspiring each a Decade Innovation)
We do use first the very same Decade (from each Century/Colour) – 1500s Clubs, 1600s BAtons, 1700s Diamonds 1800s Cups as we have pulled for the Main Hero who is now looking for advice in his dreams (dreamed by his ancestors – focusing onthe Drawings Depicting the Decade Invention.)

Recent posts by Hommage a Mannheim