Pledge at $1 Supporter level to receive not only our thanks, but also the knowledge that you will be helping us make more games for people like you.

You will also receive our monthly Newsletter, with information about each new release.
$3
per game
Join

Pledge at $3 Designer level to support us as independent game designers and actively inspire us to make new games.

In addition to the Newsletter, you will also receive our regular Designer posts, including:
$5
per game
Join

Pledge at $5 Developer level to do more than just support and inspire us — you will be able to participate in the development of each new game.

In addition to the regular Newsletter and Designer posts, you will also receive our Developer posts, including:

Are the games really free? And what’s print-and-play?
Every game is available, free to all, on www.goodlittlegames.co.uk. Each game comes as a download containing a full ruleset and a maximum of three A4/US Letter card sheets, with 9 cards per sheet for a maximum of 27 cards. To play, you’ll need to print and cut the card sheets, and then find a few ordinary components such as counters, dice or small playing pieces from other games.

Can I play a Good Little Game right now? 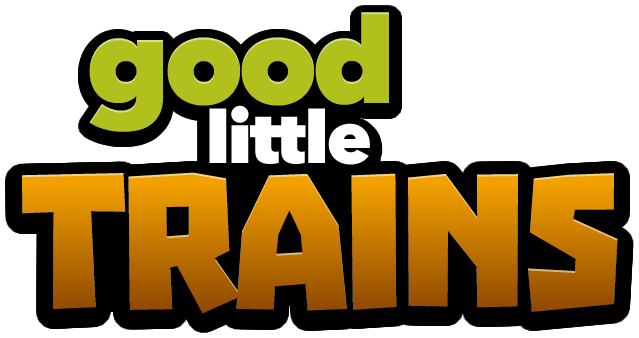 Yes! We've already released our first new game: Good Little Trains! The game comes with 26 cards, and you'll need some playing pieces, counters and coins to play (plus a pen and paper to keep score). The game is for 2–4 players, aged 10+, and takes about 15–30 minutes to play.

Who are the designers?
We’re Brett and Matt, and we’ve both been co-designing tabletop games for a while now, so if you’re a board gamer you might have heard of us already — or even played some of our games…

Why Patreon?
For us, Patreon is a bit of an experiment, but we hope that it will inspire us to continue to make new, free print-and-play games while also supporting us as independent game designers.

Plus, we hope to create a friendly, fun community for anyone interested in game design. And maybe our patrons will have some ideas of their own about how we can build on Good Little Games? But for now, we just want to make games, and have people play them.

How often will I pay?
You’ll only pay your pledge when we publish a new game. And we’ll only ever publish a maximum of one new game a month, which we will usually make available around the middle of the month. It’s that simple!

More about us…
In addition to the @goodlittlegames Twitter account, you can find us both on Twitter: @55cards (Brett) and @wisegoldfish (Matt). And on BoardGameGeek, we each have a designer page with our complete game credits: Brett & Matt.

If we meet our first goal, we'll host a online Q&A video Hangout exclusively for patrons after every new game release.

You'll be free to ask us about the latest game, game design, what we've been playing, what other prototypes we've been working on — anything goes! It should be fun!