My name is Grim Wilkins and I love making comics. You can find my work in MIRENDA and Prophet Earth War, both published by Image Comics, and in various small press books like Petrichor and Cayrel's Ring. 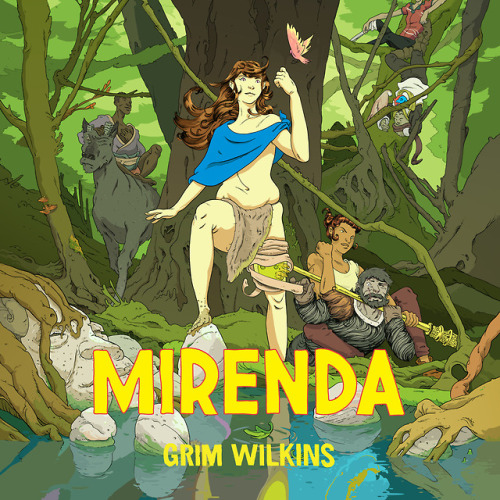 My most recent comic is a (mostly) silent book called MIRENDA. It tells the story of a woman who gets a supernatural creature trapped in her leg during a visit with a medicine man. Her quest to find an exorcist quickly turns into adventure, as she finds herself the target of bounty hunters, cult groups, and all manner of shady figures; all in a beautiful, constantly shifting fantasy world.

MIRENDA has very few words and the story is told almost entirely through the artwork. I have always wanted to make a comic that anyone could read, regardless of the languages they speak, and MIRENDA is that comic. The lack of words gives me plenty of room to experiment with new visual storytelling techniques, and I've been coming up with all kinds of neat stuff in the last few years. 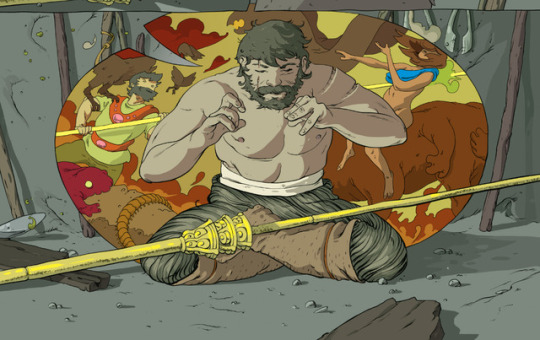 Making MIRENDA really was a dream come true, and somehow I convinced Image Comics to publish the first volume as a graphic novel. (In stores now!) BUT, as you've probably heard, comics don't always pay much - especially when the comics you want to make push the boundaries of what comics can do.

This is where Patreon comes in: this Patreon will serve as a sort of subscription service to see new comics pages as they are completed. When I have no other projects to work on, I can get 2 comics pages done per week, sometimes a little more. But sometimes I have other stuff come up that I can't share, like when I made the art for the tabletop r.p.g. called QUEST.

With the first volume of Mirenda finished, I'm working on a variety of projects at the moment; notably Dorsey's Locker - a comic about a rambunctious adventure boy who befriends an old pirate lady -  and a yet unnamed fantasy tale in the vein of Nausicaa of the Valley of the Wind.

For a little more money you can get behind the scenes information about things I'm working on. There are always little bits that never make it into the book, like backstories that I've written which didn't make the final cut.

Other extras you could see are artwork that I'm looking at for inspiration, places I've read about that I want to sneak into the book, cool costumes, unused scenes -- and one of these days I'd love to get a hold of some kind of tripod to make some little videos.