*Discord access, come talk with me and other patrons 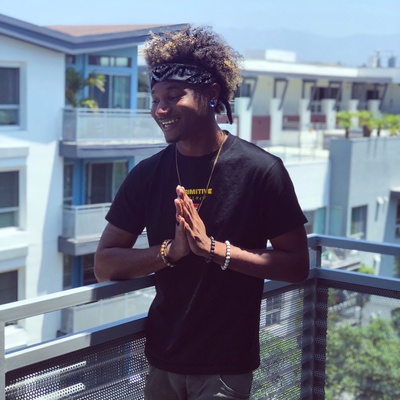 Can't live without it!

*Discord access, come talk with me and other patrons

Dorian Hector, better known as BluPrint, and soon, H3ctor, is a Hip\Hop artist who's profession is Animation Dancing. The world known crew, Dragon House, took him in after a year into practicing the style "animation". BluPrint went on to audition for Season 10 of So You Think You Can Dance, and made it to top 8 guys before being eliminated. From there, BluPrint used his exposure to pursue dance and perform at events such as NBA halftime shows and The European Olympic Games. His fame continued to increase as the popular app, Musical.ly, came into play. With almost 700k followers, he was nominated for the Streamy's Award and collaborated with many social media famous role models. Now, after making his appearence on the new tv show NBC's "World of Dance", he is ready to persue his life long dream of becoming a HipHop Artist. After a week of being off of World Of Dance, he announced the release of his first EP "316".

2 of 100 patrons
When I reach 100 patrons, I will start a special Instagram series where I interview one patron every month!
1 of 1