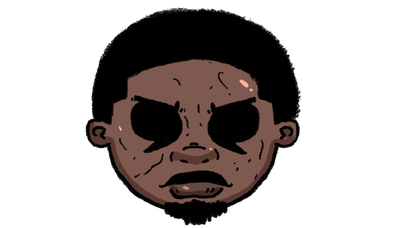 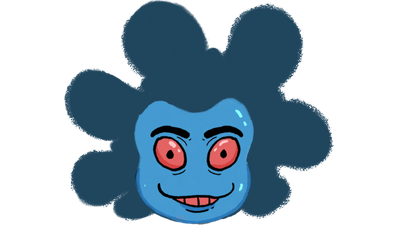 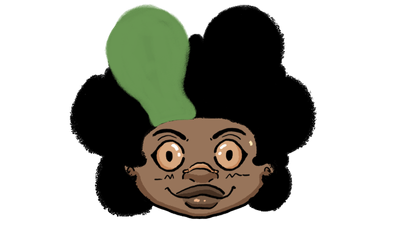 Habtoons is an illustration brand founded in 2009, originally as a hobby. It wasn't until 2012 where the brand evolved with a renewed purpose to fill in the niche gap of diverse art styles featuring non-stereotypical, eccentrically unique characters. My work is inspired by and embraces themes of horror, surrealism, fantasy, science-fiction, spirituality, and identity. Aiming to uplift the Black community while simultaneously criticizing it's faults and the systems around it (in a FUN way, of course).

[ WHO ARE YOU? ]
I'm Hab Oh, an arts educator, avid museum-goer, and video game enthusiast. Art has been a vital part in my life and I've been drawing ever since I was capable of holding a pencil. Being a native New Yorker, raised in Brooklyn, the biggest lesson I learned growing up was to always be authentic. I take that to heart when creating new stories, characters, and illustrations. I'll keep this short though and spot of some random facts about myself: My favorite film of all-time is Amadeus, I hate walking slow, and I make really great scrambled eggs.

[ PATREON? WHAT'S IT FOR? ]
Patreon allows creators and artists, like myself, to attain independence within industries that seek to bleed us dry. With your (financial) support, it will allow me to create more space and time to develop my artwork, events, and workshops to a greater degree, unimpeded by any institution or corporation.
Over the last decade (and some change), I've been crafting a wonderfully bizarre universe of comics, stories, and other art projects that I want to share with you all. Here's what's in the line-up for the coming months:

Visual Projects (Winter + Spring 2020)
Illustration Series - I love drawing. That's a fact. Every week, there will be some form of new content uploaded (sketches and assorted drawings). In addition, every few months, I will release a new body of work; dedicated to a specific theme or narrative.

EPIC Ethel [On-going] - A satirical science-fantasy weekly comic strip series about the adventures of a super powered anti-hero named EPIC Ethel and her fight against the onslaught of gentrification sweeping across her hometown of (Bedstuy) Brooklyn, New York. Imbued with cautionary tales on topical issues and the state of the American cultural climate. If it's not clear, Ethel literally fights gentrification....like demons, aliens, and free-range chickens are constantly trying to beat her up and kick her out of BK.

OH! You DRAW?! [On-going] -  A comic strip series diving into the often trivial and absurd life of an independent, freelance visual artist.

Anxiety Comics [On-going] - Satire on millennial culture and values, produced in the form of illustrated musings and one-off sayings.

To Do or Die in Bedstuy, An EPIC Ethel Story [In Development] - [more details soon]

Unit 333, Remastered [In Development] - A cosmic horror graphic novel based on my experience with attempted suicide, depression, life in a psych ward, and the ripple effect it has on one's self and those around them. A surrealistic tale on mental health and the battles we face with ourselves to be capable of healing. [ Download the Original Version here - https://gumroad.com/l/unit333 ]

Video + Podcasts + Livestreams
Fringe Future Podcast - A reboot of a project I've been trying out off and on for a few years. This iteration will be a limited run dedicated to a specific theme/topic I have YET to finalize. Special Guests & Co-Hosts to be announced shortly.

Weekly "Drawn n Chill" Livestream - Pretty self explanatory. I'll host a weekly livestream either on Instagram or Twitch for at least 30 mins to 1 hour, working on a new piece or follower request. I may also dabble in animation depending on feedback from you.
[ WHAT ELSE IS THERE? ]
That's the gist of everything right now. Thanks for reading through all of this and I hope you're able to chip-in and ride along with Habtoons. There's a lot more to come including but not limited to more solo exhibitions, workshops for kids + teens, kickback events, and museum tours. Yes. We're going to be pretty busy. Let's get to work!