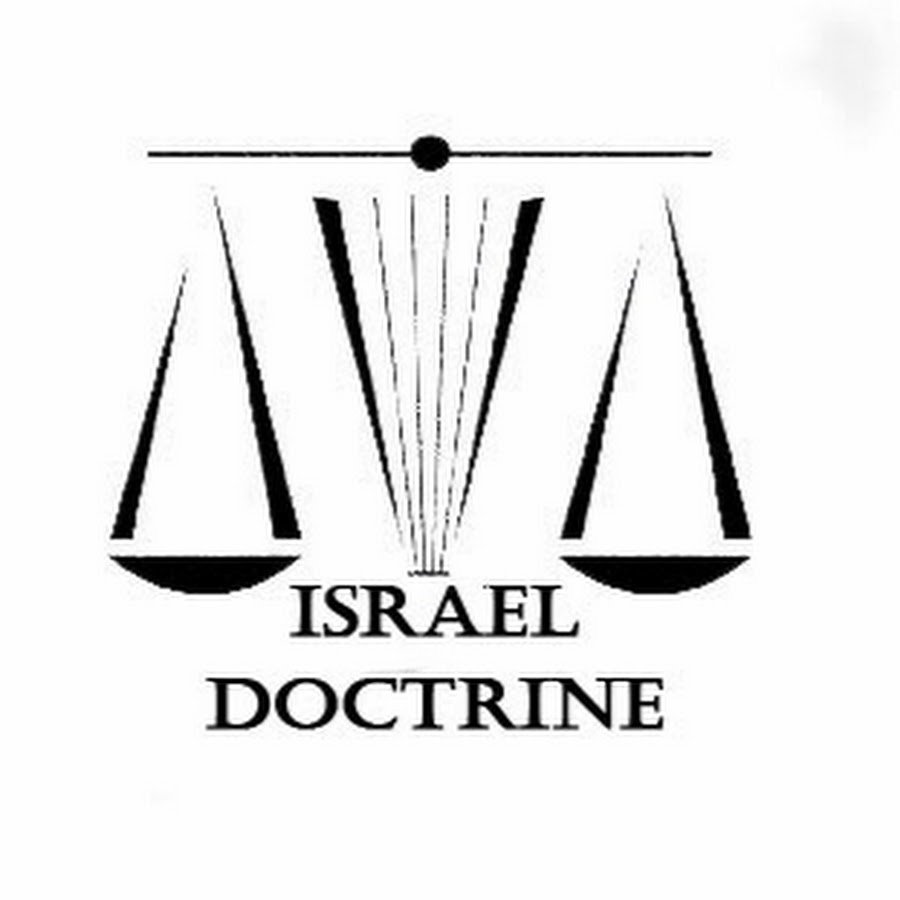 Not really a "reward" tier. A buck's the minimum to get into comments and the stream on here. Obviously, if you wanna pay more, I can't stop you (and it'd be really, really helpful!) As it is written:

Let him that is taught in the word communicate unto him that teaches in all good things. - Galatians 6:6

We at Israel Doctrine are fully persuaded that every man and woman in Christ/Messiah has a covenant right to determine the particulars concerning his or her support of his work...

We do urge you however, to give generously - for as the Word says, he which sows bountifully shall reap also bountifully! Also know that your continued prayers and financial support are vital to our mission, and deeply appreciated!

And that we shall be using the Patreon stream/comments to interact directly with y'all, take suggestions, answer queries, and be as interactive as possible!

What can I expect my first time here?

We at Israel Doctrine know it can be unnerving to show up to a new site, especially when you’re not exactly sure about the details that matter to you on site. If you have questions about Israel Doctrine, this is the place to look around and find out more: Some of the details, we deal with the uncut word of God according to the Prophets Old Testament and Apostles New Testament. And we observe all of the Lord’s Holy Days, as outlined in the 23rd chapter of Leviticus. We also observe the Lord’s Dietary Law, as outline in Leviticus, chapter 11. As we teach and observe the Royal Law, which are the Ten Commandments. We at Israel Doctrine believe in the Resurrection. We also believe that Jesus is the King of Israel and that he will rule over his people forever. We also believe that Jesus is the unknown God of Israel and all the sons of Adam; whose kingdom will be an everlasting kingdom and all dominions shall serve and obey him.

Public Notice -- While Israel Doctrine wholeheartedly embraces the re-awakening of the "Black" nation to our true identity as Israelites, we categorically reject the doctrine that any group or individuals should be denied full Kingdom citizenship in the nation of Israel in Jesus the Christ, to entering into the body of Christ, as adopted sons and daughters from every kindred, tribe, tongue, nation and people, based upon race, color, gender, national origin, or any other specified group characteristic.

Q: Are you Christians?

Ans: Technically, yes. The word "Christian" simply refers to one who is a partaker of Christ and His anointing. However, among our Messianic Hebrew Israelite-unaware brethren as well as many in the Islamic community and others, the term has understandably come to represent the perversion of the faith of our fathers by Greco-Romanized usurpers. The same is true for the word 'God'.

We contend however, that what the usurpers practice is not TRUE Christianity, and these terms are legitimate - the term 'Christian' having been used by the apostle Kefa (Peter) for example (1 Kefa [Pet.] 4:16) - and therefore must no longer be co-opted by our enemies! We believe that for Israelites to reject these terms is a strategic error - an unnecessarily divisive overreaction, given the fact that the majority of the very people we're called to reach still embrace this [legitimate] terminology.

And we holds no affiliation, partnership or subsidiary with any other Israelite organization, website or congregation bearing the name Israelite, or Israel in it's name throughout the world. Although some exterior similarities may be found between us and others, beneath the surface there are key fundamental doctrine/teaching that have caused us to be accurately unique and separate.

100% complete
How much do we charge for material? We do not charge any prices. This Patreon is to insure the name and term Israel Doctrine is control by us Israel Doctrine Entertainment, it is freely available for all people; we do not place the burden of a price upon those who seek the Truth.

Why do we not charge prices? Well, firstly because we are not to sell the truth to others:

1 Corinthians 9:18, "What is my reward then? Verily that, when I preach the gospel, I may make the gospel of Christ without charge, that I abuse not my power in the gospel."

So if you would like to become a patron please do some.

Secondly, we are servants of Christ. We put it in the hands of our Lord to direct others as to what we're worth. Our Master determines our worth, not us. We'll put it into the hands of the Lord to determine our worth. We allow you to give as the Lord directs your heart to give. A servant cannot determine his own worth.

The workman is worthy of his hire (Matthew 10:10, Luke 10:7), but who does the workman belong to? We are the Lord's workman. Therefore, it is the Lord that determines what our value is, not ourselves. We cannot put a price on ourselves. And therefore, we do not say, "I'll give you access to our youtube if you give me this much money." What we say is, "I'll do this work as the Lord gives me the ability to do it and there is no price on it. Whatever the Lord directs you to give me, that will be sufficient."

And as long as the Lord provides, which He always does, there's no point in us putting a price on anything. Our labour for the Lord, are supported as He directs your heart to give (2 Corinthians 11:9, Philippians 4:15-16). Those who have it written on their heart to give will give (2 Corinthians 9:7). If you are not able to give, please do not feel guilty, as the Lord will continue to supply our needs through those who are able to give. Those who pay more than enough, make up for those who pay less than enough. All are welcome to everything on this website and our youtube's freely and without charge.