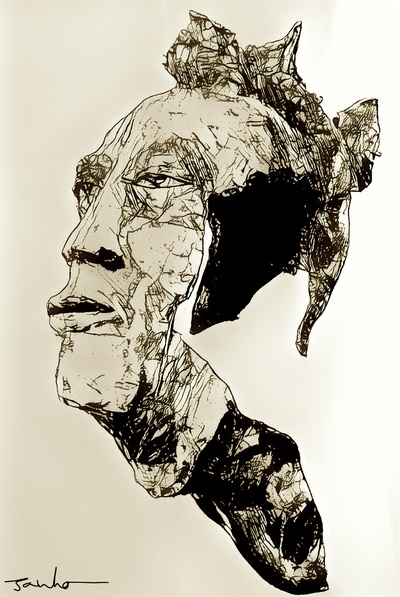 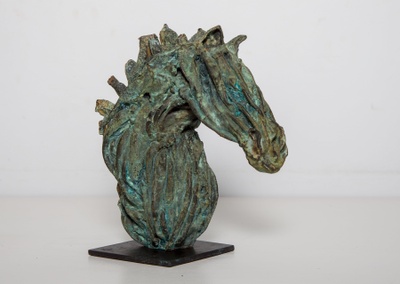 Janko de Beer is a South African artist based in Cape Town. He obtained his law degree (LLB) in 2003 and turned full time artist in 2017.

Recently a finalist for a Global Art Award, Janko’s work has featured in many solo and group exhibitions, and over the past couple of years he has established a substantial international following; his work has sold to private collectors in Turkey, England, Scotland, Belgium, Australia, Dubai and Monaco.

His work has been widely featured in the media, both in print and broadcast interviews. His contributions to the Make a Difference Leadership Foundation have been especially gratifying, with a bronze horse bust, titled Mischief, fetching R500 000 at their 2016 auction in London.

Janko is inspired by found objects collected from nature and various beaches around South Africa. Spending a lot of time outdoors, Janko collects rocks, wood, kelp and other natural materials which pos- sess interesting shapes, textures and colours to use in his sculptures.
The sculptures are constructed by creating a metal armature and detail and depth are added using non- drying modelling clay. Unique detail is added using driftwood, stones and dry bull kelp stems, bulbs and fins. The final product is moulded and cast into limited editions of bronze sculptures by using the lost wax casting technique.

Janko does all of his own patinas, using both conventional and unconventional methods, which result in unexpectedly rich and unusual colours. The sculptures are visually stimulating, bold and dramatic. They are a unique mastery of motion, form and texture influenced by the precepts of contemporary futurism in sculpting. They convey the history of the medium through strong individual characters, with a subtle touch of surrealism.

Janko’s current series titled Subjectivity portrays the idea of how internal thoughts are shaped by perspectives, feelings, beliefs, and desires.

His heads and masks series titled Elders is a contemporary interpretation, based on the face and ceremonial painting techniques of the Dinka people of South Sudan. The sculptures represent the allegorical use of masks.

Janko‘s feline series titled Umbabat is a bespoke interpretation of Africa’s big cats in motion just before they set- tle in for the kill. The sculptures represent the animals’ speed, agility and movement through time and space.

The horse themed series titled Equus is based on the mythical relationship between humans and horses. Janko focuses on Myth, Legend, Conflict and Pleasure — encapsulating the role that horses have played in the evolution of civilisation.

“As an artist his sculptures are unique, outspoken and not easily forgotten.” — SA Creative Network Magazine.