Play Prototype Builds on a Delay

$3
per month
Join
Test the game!

Guinea Pig Parkour is a completely hand-drawn 2D platformer with adventure elements, drawing heavy inspiration from '90s animated cartoons and games. It is being animated and developed completely by one person (Jeff Mumm). Music and SFX by Fat Bard.

In Guinea Pig Parkour, you are, appropriately enough, a guinea pig that does parkour. You're also in the '90s. Like totally in the '90s.

There's more to Guinea Pig Parkour than just parkour. When you go indoors or into certain areas, platforming gives way to a more classic adventure game style experience, allowing you to talk to, interact with, and annoy other characters.

When you're a guinea pig, the plumber is a formidable enemy. You must escape intact before your soul is plunged from your body.

Each animation in Guinea Pig Parkour is completely hand-drawn by me from scratch, and animated at 24 frames per second, to capture the full, fluid quality of traditional animation, to its best potential.

My biggest inspirations for Guinea Pig Parkour were the games I played growing up in the '90s, especially games that were cartoony or hand-drawn. GPP actually began as sort of an homage to Disney's Aladdin for the Super Nintendo, but has grown and developed over time.

Some of my other big influences are Earthworm Jim, Sam and Max: Hit the Road, Day of the Tentacle, Yoshi's Island, Crash Bandicoot 2, and Super Mario 64.

The strongest inspiration for Guinea Pig Parkour as a concept was my childhood desire to play a video game that felt like you were inside a cartoon.

I'm a solo developer and an independent animator. 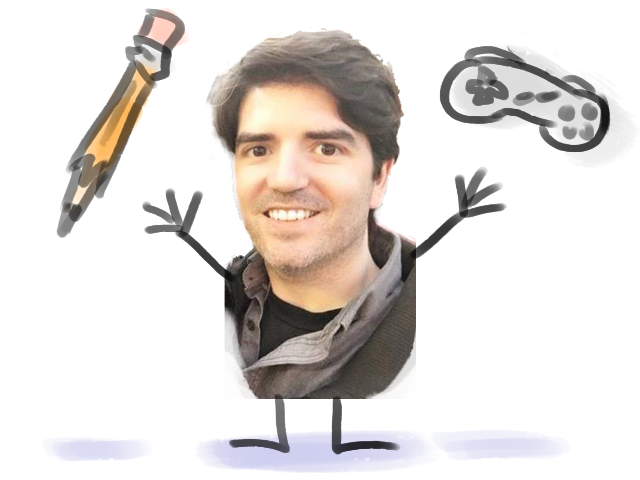 I've been drawing since I could hold a pencil. I started as a young child drawing my own "Children's Book" styled stories with drawings. I then made a natural transition to comics, and started experimenting with animation in Mario Paint for the Super Nintendo and with stop-motion animation. I continued experimenting with digital animation with any program I could find (which were hard to find back then, at least for a kid). Around the fifth grade, I learned QBasic and made little text adventure games, as well as started making custom maps for Doom II, and started editing Doom II graphics, making my own characters from eight angles - a bit tedious, but amazing to see my characters come to life in a video game!

In high school, I experimented with the Games Factory, Flash animation and continued drawing my comics. After graduating, I went to school for graphic design, then to a little cartooning school where I studied comics, and finally to an animation school, where I formally learned hand-drawn animation and really refined my artistic skills. My shifting focus put me in more student debt than I would have wanted, but the learning experience was invaluable.

After animation school, I decided not to pursue animation for hire, as my goal has always been to be an independent artist. Instead, I worked doing data entry, which allowed me to save all my creative energy for my own projects. 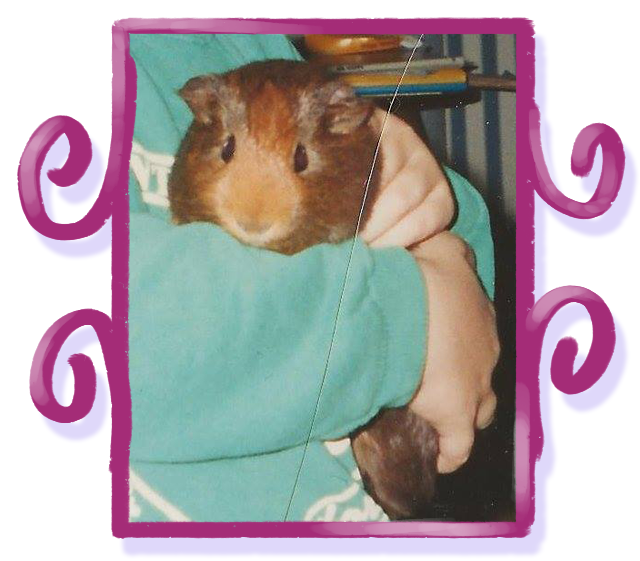 The main character of Guinea Pig Parkour is a guinea pig named Joe, who is actually based on my childhood pet guinea pig of the same name. I started drawings comics and animations about Joe in the third grade. I continued by making webcomics and some experimental games about Joe from 1998 to 2004. I then went on to explore other projects, but in 2010, I created "Guinea Something Good" - a new take on my childhood character in the form of comic strips and animated shorts. In 2012, I started developing a new game based on "Guinea Something Good," and in 2015 I devoted all my creative time to creating this project.

Joe was my pet during the time I was playing the games that influenced GPP. For me, making Guinea Pig Parkour is, in many ways, a lifelong dream.

34 of 50 patrons
With this many patrons, Patreon will start to be a more solid source of supplemental game development funding.
1 of 2