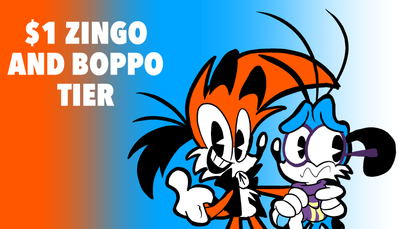 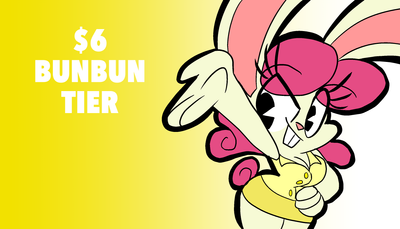 Sketched Character Request
Limited (0 of 8 remaining)
$6
per month
All of the $1 perks, plus you get to request a character sketch drawing.
Includes Discord benefits
Sold Out 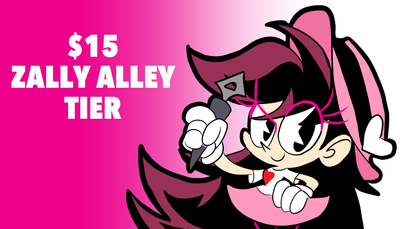 Inked Character Drawing Request
Limited (3 of 3 remaining)
$15
per month
All of the $1 perks, plus you get to request an inked character drawing.
Includes Discord benefits
Select

Hello folks, Joey Waggoner here. For those of you who don’t know me I’m a web cartoonist, writing and drawing comics in the style of the classic cartoons. Welcome to my patreon.

For those of you who don’t know what Patreon is, Patreon is a website that allows fans to donate money to their favorite content creators. Kind of like Kickstarter, but for a longer running project. It’s basically like an online tip jar. You put in what amount of money you would like to donate to the creator of your choice (as much or as less as you want) and later on Patreon charges you that amount and sends it to the creator (in my case, patrons are charged at the beginning of every month).

Now as fun as it is being a cartoonist it isn’t the highest paying job, but luckily this is where you come in. Now, just to make it clear the comics will still be put up to read for free, donating is completely optional, but with your help and donations I can focus more on getting the comics done faster and not have to worry about financial troubles. Not to mention that with enough money I’ll be able to start working on some new projects as well. Plus not only will you be helping me, but you’ll also get some great rewards! It’s a win-win situation, I get money and you get some cartoony comics and extra rewards. What's not to love?

$78 of $3,000 per month
Making webcomics is now my full-time job and I can completely focus on my own projects as well as stuff you guys would like me to do.
1 of 1