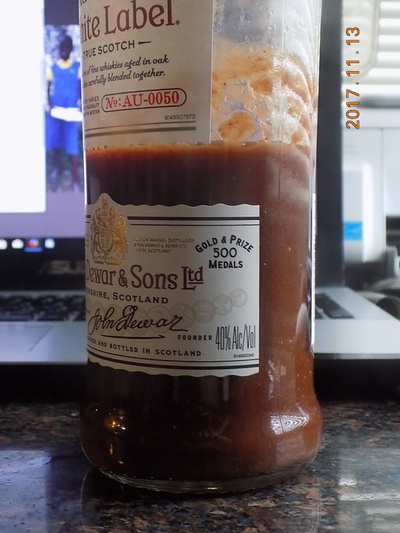 $5
per month
Join
I plan to offer a few recipes to patrons. I have thought of opening a restaurant; I  worked in one in high school and enjoyed it; I enjoy cooking; and I get good reviews  from friends.

I can 6 oz organic tomato paste.

I use the empty can to measure wine and syrup.

2 cans red wine (12 oz) I use a good box wine - such as Badger mountain organic red, or Bota Malbec or Cab. If you don't like box wines, or don't drink much, I like Leese - Fitch Merlot for about $10. If you don't drink at all you can get a 4 pack of small wine bottles of red wine for about $10. They will stay good on your shelf for years. In truth the wine doesn't matter that much in this recipe because the spices are such very strong flavors. But really cheap wine might not be good.

You can vary this to taste; use less cayenne and red pepper if you don't like it hot. But really try it once the way it is written before you second guess whether or not it's too hot. You might like it the way it is.

My personal experience and taste is that Cumin easily gets out of hand; just a tiny bit makes a lot of difference. I don't like too much. Remember once you add it you can't undo it; same with the maple syrup and it tasting too sweet. It's really the cayenne and to some extent mustard that makes it good.

When I was in college taking art history classes, the universal verdict of art history was that "complexity within unity" was a hallmark of great art. This sauce is a complex mix of very strong flavors and is very engaging and interesting. I forget how good it tastes. Thanks.

1 pound pork spare ribs; you can of course use more.

Course ground black pepper is more flavorful and subtle that regular black pepper; less sharp and hot. This is especially true in soups, such as chicken soup, where it forms a tasty sediment on the bottom of the bowl.

I use a bread pan since 1 pound of ribs isn't really a lot. It allows the meat to marinate really well.

Baby back ribs are more expensive; almost twice the price. they have more meat on them; but it is white meat and is not as flavorful.

Wash your spare ribs and put in the bread pan or roast pan in some sauce, and pour the rest on them. Bake at 200 degrees for six hours. Your oven might vary; maybe try 225. Be careful to not burn it. Add water if necessary. Check and baste every hour. I do not own a microwave oven. I stir fry on low heat with olive oil. I don't go for instant gratification. A girl named Mary personally gave me this recipe when I was in heaven. The food there is not bad. You know, if I actually knew her in person, when I was in my 20s, I might have been kind of infatuated; or, I might have been kind of bored. God help me.

This makes an extravagant amount of sauce for the meat; but you can save the leftovers. An empty scotch whiskey bottle makes a good container. Refrigerate the sauce, but you have to have a plastic kitchen funnel. The one I have is blue plastic and was personally used by Ruth to piss into a bottle, once when we were camping in my VW van. It was brand new, and had never been used for anything, and for some reason, I don't remember why, we were camping somewhere where she didn't want to go outside the van to pee. We might have been in South Downtown Vancouver.

Late 18th century: euphemistic use of the initial letter of piss.

I buy spices at the QFC on Pike and Broadway. It's the same brand as at Whole Foods, Frontier Co-0p. You have to spoon it into bags and label it, and weigh it at checkout; but it costs $.60 for the same thing that costs $4 - $5 dollars in a cool spice jar.

Mid  18th century (originally relating to feudal service in the sense  ‘compulsory’, hence ‘common to all’): from French, from ban ‘a  proclamation or call to arms’; ultimately of Germanic origin and related  to ban. 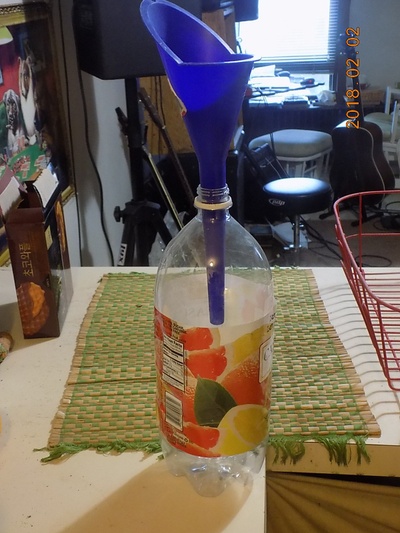 $20
per month
Join
plus I could offer free nude pictures of Norelli when she was 25. My photography is pretty good; check out the other photos on this site.

How then canI be saved?
Limited (200 remaining) 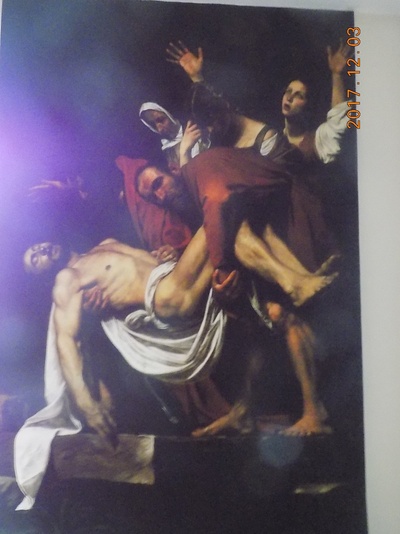 Sorry all spots are sold out.

I do have a few spots for 78% of your gross income. By the way there is in heaven every good thing that God created here: fine wine, good food, love. etc. But it is going to cost you.

"honestly I say unto you they have their reward" - Jesus

I feel, from experience, and from meeting her, that what she was saying in the magnificat is:

"If you're rich when you die, you're gonna burn."

That was Jesus mother:

Here is what Jesus father had to say:

So I wonder what Jesus would say?

Is not this the carpenter, the son of Mary, the brother of James, and  Joses, and of Juda, and Simon? And are not his sisters here with us? And they were offended at him.

My writing influences are:

The complete walker by Colon Fletcher.

I don't mean to insult anybody; I am just asking a reasonable question. Actually Mary appears in poor countries, likes the poor, and it is in poor countries that she is revered. I personally don't pray to Mary or saints.

Actually I prayed about it, and God said that I am not blaspheming the Holy Spirit:

that was what people did in Jesus time when they said that he was from the devil, and was evil; and his miracles were done by the power of the devil not by God; because he could not be the messiah, because he didn't keep the law.

Some advice to nail your writing assignments.

Archaic words have a charm that never fades away, from French sounding to wondrously mysterious ones.

Hi thanks for logging on. The header is my son Kai at the Baltic Sea. His mother took this photo.

The reason that I am doing this Patreon site is that reverbnation.com/missingatooth has had 1,350 plays in just a few months (as of November 1, 2017). Normally if you post a band or some music on a music web site you get only a few hundred views over years, and maybe a few dozen plays, unless your band is famous.  I don't collect "online fans" or friend people back.The plays are coming from people I know or have met, or friends of theirs, or musicians from the open mics; people on the ground who know about the site.

The recordings on Missing a Tooth do reflect a live open mic, and so by nature are somewhat lo-fidelity. But hopefully they have a good live sound and represent the artist well.

My roots and experience go back to the early music scene in Seattle, pre-90s grunge. I studied guitar with George Hurst at the Joe Brazil academy of Jazz in the Central District before, and while I was in college in Minnesota, and was friends with 80s Seattle bands like Susan Johnson and Les Girls. I also have professional experience running sound and recording in recording studios and live sound with concert production companies.

I personally don't really like a lot of hype and glamor. I like the underground scene, low-fi recordings, t-shirts, gigs, hanging out with friends. Which is not to say I don't like to play out and travel. It's fun to play a bar with 50 people in it in Europe. And those gigs used to go until 7 am.

When I consider posting a band or an artist on my site, I ask myself this question: if this came into the community station on an album, when I was a DJ there in college, would I have played it?

But please don't put this, or the Reverbnation site on this on Facebook, or tweet it to your followers. This is really just meant for some local musicians and friends mostly in Seattle; people who know it's there because they are a musician or a friend of a friend or something. It's for real  people, not cyber friends. I don't care if you email it to a friend,  especially if they are a musician, or tell someone about it, but my intention is really not to disseminate it across web.