is creating Justice for Animals in Fashion

Family
$15
per month
Join
All members help drive change for animals in fashion.

WE ARE ALL FASHION ANIMALS.


Hi, I'm Joshua Katcher and I used to think that fashion was silly.

Soon after I started writing about fashion in 2008, I realized my mistake. I learned that there are massive, global impacts on workers and ecosystems everywhere, but that these are not the only sites upon which the impacts of fashion transpire. 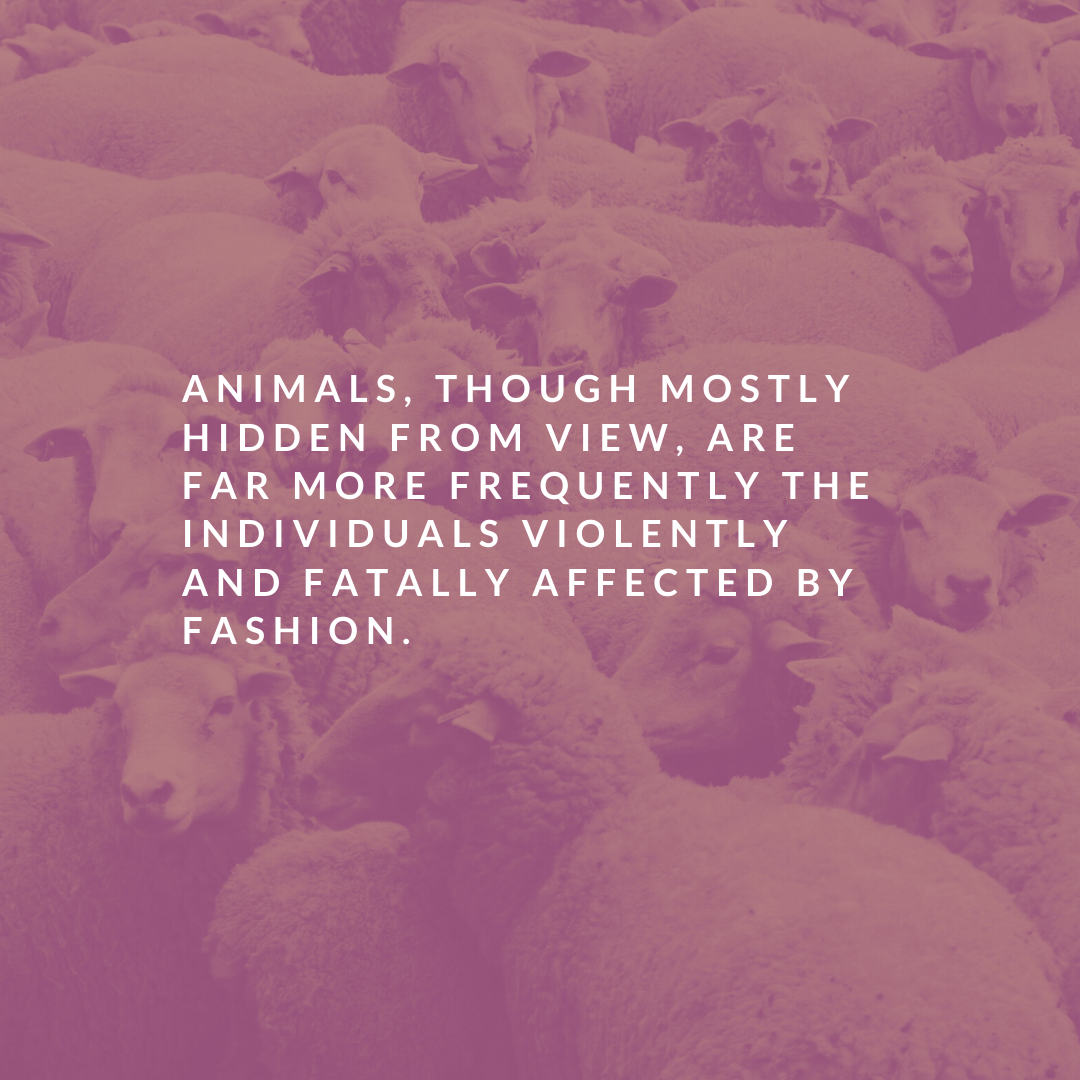 What does it mean to adore one animal and wear another? How are animals represented, appropriated, confined, processed, and invalidated in the fashion context? What does it reveal about how we aspire to be seen? What does it fail to reveal, or even intentionally hide? And what are the ethical implications and environmental impacts of scaled animal-material industries - from leather and wool to fur, silk and feathers?

WHAT YOU'LL BE SUPPORTING:

My passion is to carefully and thoughtfully answer all of the above questions, generate data, advise, consult, research, do outreach, take strategic action inside and outside of the fashion industry and speak publicly about it (like when I testified in the the New York City Council in support of a ban on the sales of new fur, video below). Ultimately I'm working hard to change the world for animals who are so much more than a source of materials. By joining my Patreon Pack, you'll be directly supporting this work.

In the last 3 years alone I've spoken or lectured internationally at over 25 venues including universities, bookstores and fashion events. I've given over 20 interviews in magazines, newspapers,TV and podcasts, I published a book, lobbied legislators, joined a board of advisors for a fashion organization and have been given three awards for my work, which I believe that I am singularly positioned and qualified to do.

Being an outlier in the fashion industry isn't easy. I need your support to be as effective as possible. Will you join my Patreon Pack?

I am a vegan/sustainable fashion expert, entrepreneur, author and educator who has taught at Parsons The New School and LIM college, and has spoken internationally and lobbied in the United States for sustainable and ethical fashion. I am on the Advisory Board for The New Fashion Initiative and in 2019 I published Fashion Animals, the first book dedicated to understanding how and why animals are exploited in the fashion industry.

I was named one of the Top 20 Most Influential Vegans of 2019 by Veg News Magazine. I launched the first vegan, ethically-made menswear fashion brand, Brave GentleMan in 2010 after launching the first men's vegan lifestyle website The Discerning Brute in 2008.

HOW TO SPEND IT (FINANCIAL TIMES): “Katcher launched the ethical lifestyle website Thediscerningbrute.com in 2008, driven by a passion for high-end clothing that eschewed animal products.”

WHY I NEED SUPPORT:

This is the part that no one in fashion likes to talk about. In this business, there is immense pressure to maintain a public persona that is successful and effortless. My closest friends like to joke that I'm successful in every way but money. The truth is that most of the work I do is pro-bono, or even taking a loss. The truth is that being an entrepreneur is often quite terrifying. The truth is that I still need to work meaningless freelance jobs that suck up time and energy that could be so much better utilized. I'd like to focus full time on animal liberation in fashion.

I bring to the table a very specific and underrepresented area of specialty and expertise, an extensive network, but most importantly, an articulated vision for how and where to move an industry as massive and impactful as fashion.

WE CAN DO THIS TOGETHER. THANK YOU!