$5
per month
Join
Get a "Patron" Discord role, as well as access to Patron-only posts and update videos. Be the first to hear and get access to new prototypes!
Includes Discord benefits
Silver Tier

$10
per month
Join
Beta Access & Free Games. Get early access to the Gem Wizards Tactics beta, my turn-based tactical wargame. In addition to the special Discord role and Patron-only posts, you also gain access to free copies of all of my digital games and print-and-play versions of my tabletop games!
Includes Discord benefits
Gold Tier

At this tier, you get all of the previous tier rewards, but really, you're showing that you value my work and making a contribution that significantly helps me make it a reality. From time to time, I may have some extra-special bonuses just for this tier, and also with your permission I will include you as "Special Thanks" in my upcoming released games. Finally, you'll get a golden "Super-Patron" Discord Role in addition to the basic Special Discord Role.

I want to make awesome strategy games that you can live in!


Here's what I'm offering:
I love strategy games! Games that are hard, but also interesting. Games where I feel like I have a clear goal, but also make me feel like I can get there in my own way.

But I also want to help other people make more great strategy games, too. That's why I've run the Clockwork Game Design Podcast for about five years now. Just some of the guests who have been on the show:

When I find a fun game, I naturally want to keep playing it. But a lot of games, especially single player strategy games, often don't hold up for very long. Or even if they do, the way you have to play to succeed gets more and more constricted and boring. 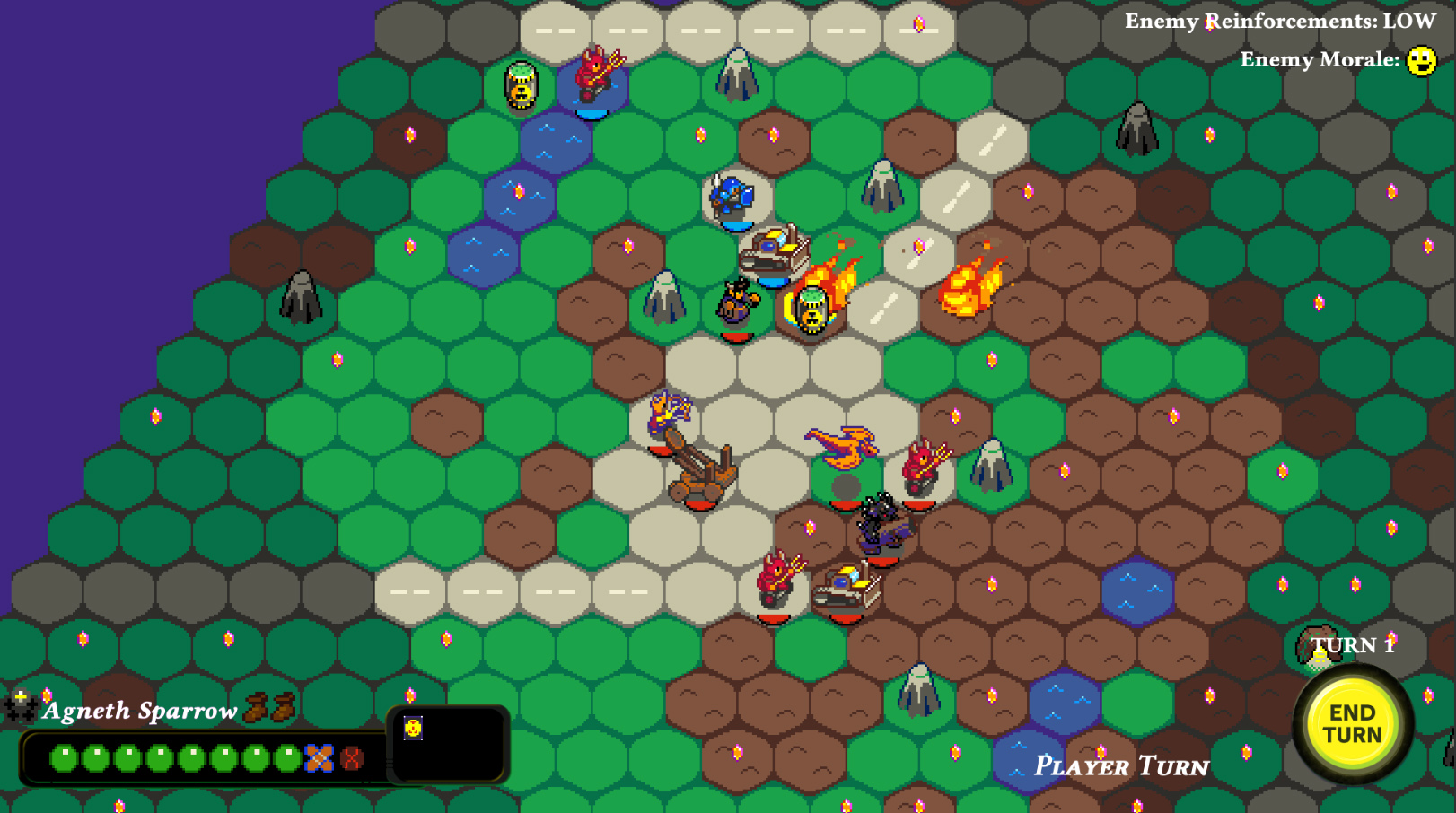 Right now I'm working on Gem Wizards Tactics, a single player tactical war-game similar to Advance Wars or Fire Emblem. It has bright, colorful animated pixel art, and a cool soundtrack, like a lot of games do. But unlike a lot of games, it has a very original ruleset, and lots of smart procedural generation, a single-player Elo system, and endless support in the form of patches, new content and iterations, with the help of the community (that's you!).

Some other stuff that Makes Gem Wizards Tactics special:

After my work on the critically-acclaimed Auro, as well as on numerous other small projects I've worked on over the years, I've learned a few things about how to make a great strategy game. Dragon Bridge, a two player card game I Kickstarted successfully last year, was a phenomenal design success that I'm extremely proud of.

I stream game development basically every day on my Twitch channel - come on by!

But I don't just make games: I also make game design theory, which manifests in a bunch of different ways.

More than just a podcast!

As I mentioned, I've run a podcast for five years now, and it's getting better every year. But my theory work manifests in a bunch of other ways, too:

All of this stuff takes a ton of time and effort. If you think what I do is worth supporting, please consider becoming a patron. By doing so, you will get access to some extra content, early builds of my games, and other neat stuff.

Check out 3 Minute Game Design's first episode below as an example of some of my theory work. Otherwise, find out more about my work at my site: http://www.keithburgun.net. Thanks for reading!

42 of 50 patrons
At 50 Patrons, I will do a bi-monthly magazine called "Games you can Live In", featuring articles from the community, interviews, dev logs, art, comics and more!
1 of 3