is creating Comics, Manga and art

Your magic has been unsealed. You are now capable of seeing more than you could before. You are also able to activate the portal to the patreon only realm in the discord universe.

You have mastered the basics. A powerful archangel has taken you under their wing to train you. Your ability to see the unseen has gotten even better. You can now see even more. 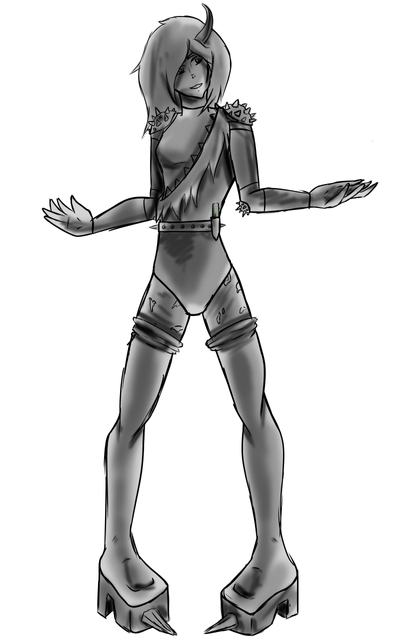 I am a 20 year old aspiring magaka/comic artist from the UK. I enjoying writing about characters with complex backgrounds and a lot of struggles. My stories have a lot of LGBTQ+ characters, so if you don't like them, see ya. I have a few comics/mangas in the works. My main two are,

1.Maki Roll-Maki is a 14 year old boy with a weigh problem and no skills or talents. He's just your average teenage boy until his sister's gymnastics club is challenged. The rival gymnastics club has challenged them to win 10 medals at the Tokyo youth gymnastics games and have 5 gymnasts go through to the Japanese youth gymnastics games or they have to close the club down. Their coach stupidly agreed which causes all the members excepts 4 to leave. Akemi, the clubs best gymnast and Maki's crush befriends him and asks him to help them save the club. Maki will only have 1 year to train hard to lose excess weight and to learn gymnastics at the same time. Will they have to close the club down? Or can they all make it to the Japanese youth gymnastics games?

2.Deity Wars-Demons and angels work together to protect humans but when a group of prisoners break out of Limbo and gain access to heaven, Goddan the overseer must flee. War is declared and the 7th deity war begins. 27 years after the war begins Goddan is in Hell with his best friend Zagan, overseer of Hell, when a groups of humans from the Goddan expedition arrive. Which side will the humans choose? And Who will win the war?

Both are quite long and require a lot of work and time. I am both the writer and artists for them. I hope to have vol 1 of Maki roll out by mid December 2019 and Vol 1 of Deity Wars out by the end of April 2020