Liz and the Lovelies

Liz and the Lovelies 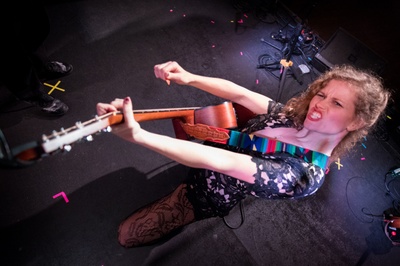 $1
per month
Join
You get access to our music videos and a high five!
Lovelyyy 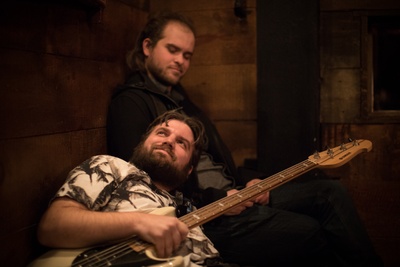 $3
per month
Join
You get access to our music videos and a snuggle puddle with the band!
Lovelyyyyy 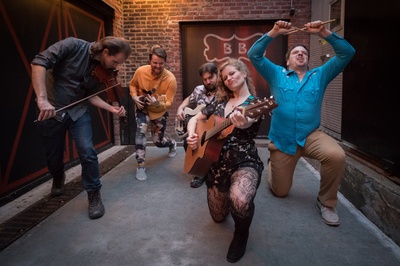 $5
per month
Join
You get access to our music videos and a shower of compliments until you feel PUMPED and ready to take on the WORLD!

Hello! We are Liz and the Lovelies, a Chicago based indie folk rock band. We are raising $ to fund a new EP project and spring/summer tour 2019, and want to have fun with you while doing it! If you are a PATRON, you will have EXCLUSIVE ACCESS to videos of original songs, covers, and any song requests you may have for us!

Check out our next live show! www.lizandthelovelies.com

LIZ AND THE LOVELIES is the band of singer/songwriter Liz Chidester, originally from the mountains of Virginia. Moving to Chicago in the winter of 2013 by train with 4 bags and 2 guitars, Liz immersed herself into the Chicago music scene, releasing her debut record "People Pumping Pedals" in 2014 under CAU Dog Records. In 2015, she released the EP "Otter Hill", an intimate recording of 5 songs about her family and home life in Virginia. Her songs received recognition by NPR's Newsong Songwriting Competition as the 2014 Mid-west Finalist, the Chicago Music Awards Best Female Vocalist Nominee in 2015, and a New-Song Songwriter Competition Finalist in 2016.
Her music inspired the talent of close friends and family to create the indie folk rock group LIZ AND THE LOVELIES. With the production of musician Matt Griffo and the band Frances Luke Accord's Nicholas Gunty, LIZ AND THE LOVELIES released their first EP'Progress into Simplicity' in 2017, winning Best Americana EP Independent Music Award 2018.

Their 2018 single "My Way/Your Way" created with funds from YOU the PATREONS went on to be a finalist in the Great American Song Competition 2019, Americana category.

In 2019, they released the single "Sleep In" produced by award winning songwriter and producer Liam Davis.
Liz lives in Chicago, IL as a teaching artist at Old Town School of Folk Music. She is a professional singer and actor.

We will also include a special patron in a music video!

Recent posts by Liz and the Lovelies