Man of the Antz

Man of the Antz 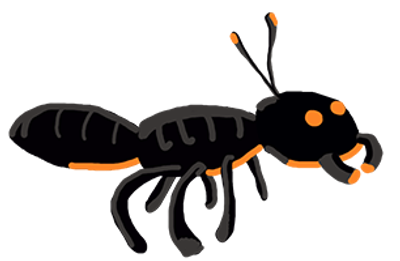 The one and only tier, everyone is equally awesome!

My name is Mantz and as you may know I'm a Youtuber/Twitcher, largely focused on VR but with a good deal of Empires of the Undergrowth thrown in these days!

As a small time content creator everything I make from ads and donations goes straight back to the channel, but as a small time content creator I've spent thousands more then I've made. Not that I'm complaining, I do this because I love doing it, and I love entertaining people in the process, but it goes without saying that the more I make the better I can make my content, and who could complain about that!

Where are your tiers?!

Unlike almost every other Patreon I've decided to go with a single super low cost tier. I don't want to price anyone out who may want to support me, and I want everyone who supports to me to get the same rewards.

Whilst we're talking about rewards, what can we expect?

Well, the short answer is 'who knows'!
There's the obvious Discord link so you can get a special role on the Discord server. But that's not enough is it... so in the short term my general plan is to do videos specifically for my Patreon supporters.

"Hey Mantz, what sort of videos are we talking about here?" Good question other Mantz. My first thought was to do a game series specifically for Patreon. But I'm not sure, is it fair to hold back my gaming genius from everyone else? Maybe not.

So what I thought I would do is a video series, just for you guys, which is a bit more focused on, well, me. So I'm going to do videos talking about things that mean something to me, this could be albums, games, films, tv shows, books, or anything else really, just anything that's special to me, and that I want to share with you guys who've gone out of your way to support me in doing something I love.

As a supporter I think that's a cool thing to get, but you may disagree (and that's fine!), it's all early days yet and I'm super flexible, the rewards are for you, so if you would like to see something different just let me know.
How it works